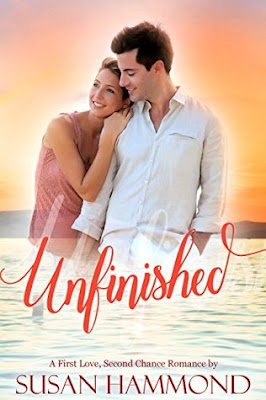 One summer, one secret, one last chance . . .
Nicole Chandler was seventeen the summer she fell in love with Jake Evans, the sexy, rough-around-the-edges mechanic who came to work in her father's marine repair shop. At twenty, Jake had seen more of the dark side of life than any kid ever should, yet underneath the hard exterior was a man who protected and cared for what was his.
For Jake, Nicole was a sunshine he’d never known—sweetness and innocence, feisty, brave, funny. And definitely sexy. He knew he shouldn't love her, yet she believed in him as no one ever had and made him laugh as though life might turn out okay. When the summer ended, Niki held his heart.
Then she broke it.
His secrets, her misunderstanding—the mistakes they both made—sent their lives on different paths, their story unfinished. Yet twenty-three years later, they still remember.
Nicole, now a successful artist, is starting over. When Jake finds her again, she’s ready to believe in what they once had. Yet after years of being alone, driven by nothing more than success, he may learn to forgive; but he can’t seem to forget. And he’s damn sure never again going to feel the pain of having someone he loves and trusts walk away from him.
Young love is fragile, but with histories and exes and families, grown-up love is messy. And while building trust is hard, rebuilding what was once shattered may be impossible.
Does first love ever really get a second chance?
Full-length, standalone novel

Just sayin’ . . . In Texas, the nights are steamy, the food is spicy, and the lovin’ is both. If this isn’t your kind of read, best give this one a pass.

It amazes me how many people go through life not being 100% truly happy with who they are with. I believe there is THAT person out there for everyone. Some people are lucky enough to meet their person and have a happily ever after, some deal with many bumps in the road before they meet back up and stay together and others sadly either let that person go because they are afraid to leave what they are comfortable with. Maybe kids are involved now etc. this books totally hits home for me because I personally know someone who this has happened to. Unfortunately, she chose to let that person go and I see the regret on her face every time I see her.

The first day Nicole and Jake met, they fell for each other. Jake had a summer job and was staying at the Lake house on Nicole's property. They quickly became friends and by the end of the summer, much more. When it's time for Jake to leave, he couldn't tell Nicole why but that he wouldn't be able to have any contact with her for two years. He refused to ask her to "wait" for him because it wasn't fair. Nicole decided she wants to wait and tells him to meet her at the lake house two years to that day. Nicole is an artist and had made a painting about her and Jake. "Unfinished" it was named. Two weeks before the day she was to meet him again, she saw in the paper his name, he was graduating. She decided to show up just to catch a glimpse of him because she missed him so much. What she saw after In the parking lot, had her running, and she decided to not meet him like she promised in two more weeks.

Nicole marries her best friend Michael. She gets pregnant with twins and for twenty years, they go through the motions. They were happy. Finally one day their kids are off to college and her and Michael get a hotel and decide to have a night for themselves to relax. Only Michael had other plans. He wants Nicole to leave him. Twenty years!!!!!!!  Why? Does she really need to ask herself that?

I will not give away anymore but I'm telling everyone they have to read this book!
It's well written, emotional, so so true to real life. This is so far my favorite read of 2016...

This review was prepared by Jeanine. An ARC was provided in exchange for an honest review.

Posted by Naughty and Nice Book Blog at 4:37 PM