The Players Series by Mackenzie Crowne 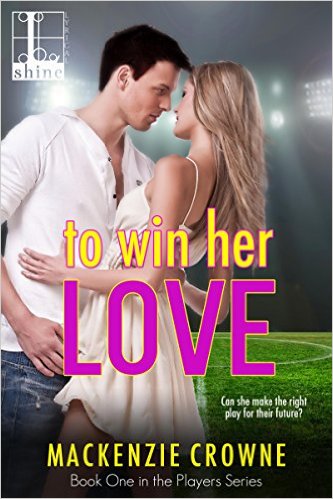 To win the game, they’ll have to risk losing their hearts… When a bizarre child custody stipulation pits popular sports blogger Gracie Gable against football superstar Jake Malone, losing the battle for her twin nieces isn't the only thing Gracie has to worry about. Forced to live for three months under the same roof as the sexy tight end, will she fall prey to his flirtatious pursuit? Or worse, will the skeletons in her closet destroy her chance for the love and family she so desperately wants?  Neglected by his parents as a boy, Jake doesn’t believe in happily ever after. Yet living with Gracie and the twins might be enough to change his mind—and his womanizing ways. But when the press unearths a scandal from Gracie’s past, will he lose the one woman he was ready to open his heart to?

Gracie had a rough life. Her mom died when she was younger and her dad was not in the picture. Her sister used to take care of her. Before Gracie's sister passed away she promised her she would take care of the girls and help out her Brother In Law. Now that her Brother In Law has passed away, Gracie wants full custody of her Twin nieces to fulfill her promise to her sister. A meeting was called from the lawyer to go over her Brother In Laws will. At the meeting she realizes she has competition. Her brother in laws Son, Jake, who is also a pro football player and always has been Gracie's ultimate crush. They were both to stay at the farm house for 90 days and after the 90 days were up, the girls would get to choose who would stay. Jake quickly became the big brother she hoped for and she melts watching him take care of the twins. Jake was determined to get Gracie to hook up with him . She turns him down several times  but finally gives in and she falls in love with him. Who Gracie's Father is, is a big secret she doesn't want Jake to know or the media because of his position and she doesn't want to ruin her fathers family life he has now. When Jake finds out who her father actually is, all hell breaks loose! You all have got to read this book! I fell in love with Jake and Gracie. Highly recommend!!! 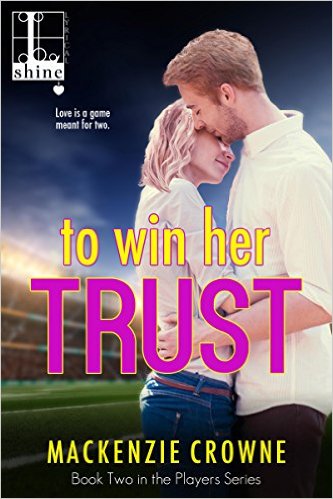 Can she trust this player with her heart?  Ever since experiencing a childhood trauma, reclusive artist CC Calhoun has suffered from panic attacks. But when a fateful kiss from handsome wide receiver, Kevin “Tuck” Tucker, is enough to stop one of those episodes cold, she wonders if guarding her heart has been the right choice. Will going on a test date with Tuck open her to trusting someone for the first time in years? Or will she wind up being just another notch in the football player’s bedpost? Tuck has a reputation for charming women into bed, but after his kiss with CC, he’s left aching for more. When he proposes a second date, his attraction to the sexy blonde looks like the makings of true love—something he’s never quite believed in—until now. But when Tuck discovers CC’s childhood secrets, will the pro athlete be tough enough to stay by her side—or will he betray her hard-earned trust?

I could not put this book down. I instantly fell in love with Kevin Tucker. He was hysterical and such a sweetheart. CC had  a pretty dramatic past and has panic attacks because of it. Her father is a high profile rock star who has not had anything to do with her since she was 9. She ran into Kevin Tucker one day in the coffee shop. As she was leaving her Dog got loose from his leash and caused a scene outside where another panic attack started to happen. Kevin kissed her and stopped her panic attack. She gives him a proposition. Three weeks, no sex, just dating to see if she can keep her panic attacks under control with him around. So she has a list, and she starts marking things off as she does them.

When Cc agrees to do an art show and tackle one of her fears and something happens at the show that makes her walk out. She won't answer Kevin's calls and he leaves for camp. What she does after she figures out what really happens is awesome. Such a great love story! Highly recommend.

Posted by Naughty and Nice Book Blog at 12:16 PM