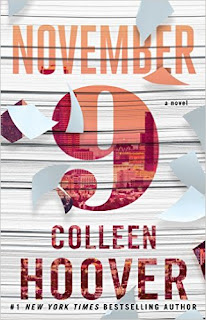 Beloved #1 New York Times bestselling author Colleen Hoover returns with an unforgettable love story between a writer and his unexpected muse.
Fallon meets Ben, an aspiring novelist, the day before her scheduled cross-country move. Their untimely attraction leads them to spend Fallon’s last day in L.A. together, and her eventful life becomes the creative inspiration Ben has always sought for his novel. Over time and amidst the various relationships and tribulations of their own separate lives, they continue to meet on the same date every year. Until one day Fallon becomes unsure if Ben has been telling her the truth or fabricating a perfect reality for the sake of the ultimate plot twist.
Can Ben’s relationship with Fallon—and simultaneously his novel—be considered a love story if it ends in heartbreak? 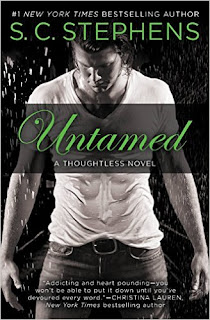 The spotlight doesn't only shine. Sometimes, it burns.

Being the bad-boy bassist for the world's hottest band has earned Griffin Hancock some perks: a big house, a fast car, and most importantly his incredible wife, Anna. The one thing it hasn't brought him is the spotlight. Anna tells him to be patient, that his talent will win out. But Griffin is through waiting for permission to shine.

Without warning, Griffin makes a shocking decision and takes the gamble of a lifetime. Suddenly he's caught up in a new level of lights, cameras, and chaos. One that pushes his relationship with Anna to its limits. Anna has always found his unpredictable behavior sexy, but lately he's seen an ache in her eyes--and it has his soul in knots. Just as the recognition Griffin seeks is finally within reach, the thing he loves most in life could be slipping through his fingers . . . 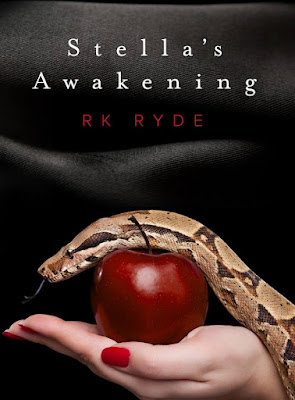 A painful past. A forbidden romance. Will she choose love and make the ultimate sacrifice?

For Stella Welsch, buying a home and starting her own business has already pushed the boundaries of her strict upbringing. When she meets the sexy and powerful executive, Conrad Adams, Stella knows he’s off limits, but can't help daydream about forbidden romance. As sparks begin to fly, Stella reveals that the relationship could have her cut off from her family and life as she knows it.
After painful memories surface, Stella decides to follow her heart and succumb to the sexy business mogul’s pursuits. But she quickly discovers that her sheltered upbringing hasn’t prepared her for what she is about to face. Her naïve knowledge of "sex" is nothing more than foreplay to the sexually experienced Conrad. As her feelings build, Stella must choose between Conrad and her family. Between rebellion and convention.
Stella's Awakening is the first installment in an erotic romance series that tackles difficult social issues. If you like EL James and Jodi Picoult, then you'll love this intriguing, sexy, and emotional rollercoaster of a book. 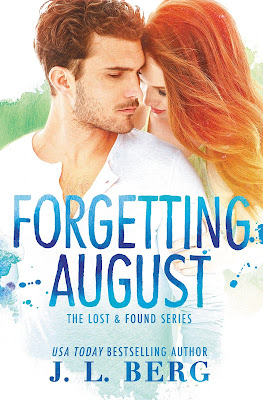 She can forgive, but can she forget?

Some days, Everly still thinks she sees him. In the food court at the mall, or in a car speeding past as the light changes. It only lasts a second, but when it happens, she slips back to a time when she was ruled-and nearly ruined-by August Kincaid. And it doesn't matter that she's moved on, that she's about to marry another man. In those moments the only thing she can do to regain control is take a deep breath and remind herself that August can't hurt her-because he's in a coma. Except that he's not anymore.
August is awake. With no memories, he sets out to solve the mystery of his lost life. He unearths a photograph of a beautiful redhead named Everly and knows instinctively that she's the key. But when he finds her, the August she describes is more monster than man.
Tortured by the thought of having hurt her, August wants only to become the man Everly deserves. As the new August emerges, Everly glimpses the person she first fell in love with. But can she trust that this August is real? When the final secret of their shared past is revealed, one of them will make a choice that changes their future forever . . . 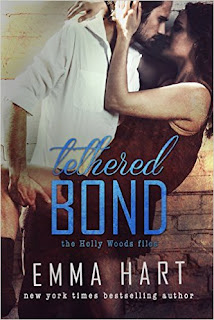 Detective Drake Nash: hot, alpha, bossy, and… mine.
Now, if someone could tell his ex that... I don’t care if the summer fair is coming to Holly Woods and she’s on the planning committee. What I do care about is sugar-filled food, bright lights, late nights… and danger. The type that won’t come in the form of Nonna’s new cantankerous British parrot, Gio. (Please see the damage done to Mom’s new curtains.) Unfortunately, when the danger comes, it comes in the form of something Holly Woods has never seen. The town is rocked to its core, and once again, I’m in danger. Only this time, it isn’t because of my clients—this time, I’m in danger because of who I am… Because of my heritage. And despite the HWPD’s best efforts, the bodies keep on piling up. Drake’s determined to protect me. I’m determined that I can do it myself. Danger. Mystery. Darkness. Malice. It’ll be a miracle if any of us make it out of this with guns unfired, cupcakes still frosted, and hearts intact… (Tethered Bond is book three in the Holly Woods Files series, and while it doesn't end in a cliffhanger, it doesn't stand alone. Twisted Bond and Tangled Bond must be read prior to Tethered Bond to fully appreciate the story.)