BLOG TOUR ~ He Will Be My Ruin by K.A. Tucker

We are absolutely thrilled to bring you the Review & Excerpt Tour for K.A. Tucker’s HE WILL BE MY RUIN! HE WILL BE MY RUIN is a Adult Suspense novel, published by Atria books, an Imprint of Simon & Schuster, and is set to be released February 2, 2016! 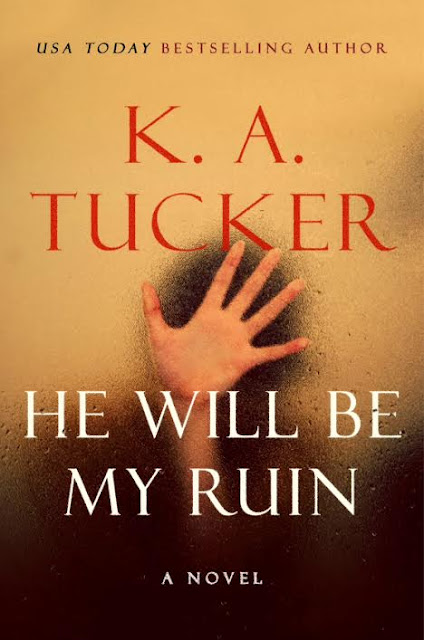 About HE WILL BE MY RUIN:

The USA TODAY bestselling author of the Ten Tiny Breaths and Burying Water series makes her suspense debut with this sexy, heartpounding story of a young woman determined to find justice after her best friend’s death, a story pulsing with the “intense, hot, emotional” (Colleen Hoover) writing that exhilarates her legions of fans.

On the surface, Celine Gonzalez had everything a twenty-eight-year-old woman could want: a one-bedroom apartment on Manhattan’s Lower East Side, a job that (mostly) paid the bills, and an acceptance letter to the prestigious Hollingsworth Institute of Art, where she would finally live out her dream of becoming an antiques appraiser for a major auction house. All she had worked so hard to achieve was finally within her reach. So why would she kill herself?

A man who was supposed to be her salvation . . .

Maggie Sparkes arrives in New York City to pack up what’s left of her best friend’s belongings after a suicide that has left everyone stunned. The police have deemed the evidence conclusive: Celine got into bed, downed a lethal cocktail of pills and vodka, and never woke up. But when Maggie discovers a scandalous photograph in a lock box hidden in Celine’s apartment, she begins asking questions. Questions about the man Celine fell in love with. The man she never told anyone about, not even Maggie. The man Celine believed would change her life.

Until he became her ruin.

On the hunt for evidence that will force the police to reopen the case, Maggie uncovers more than she bargained for about Celine’s private life—and inadvertently puts herself on the radar of a killer. A killer who will stop at nothing to keep his crimes undiscovered.

I’m nervous writing this review because my words seem inadequate to explain the depths to which this story entertained me, captured my attention and touched my heart. Maggi gripped me in a stranglehold during the prologue and I found myself enthralled for hours until the very last word was read. This is an intense page turner. He Will Be My Ruin is a book I could not put down.

Meeting Celine through the eyes of the people who knew her, hearing her most private thoughts and knowing her fate kept me keenly aware that someone in the midst had everything to lose. This story makes you wonder if you really ever know someone. Clearly you see a combination of what they show you and the filter to which you see them through.

As Maggi works to uncover the mystery, with all the twists, turns and flat out surprises, I could feel her vulnerability. That human nature being both untrusting, yet seeking comfort. I found myself turned around more than a few times. There is no straight line to draw here. More questions than answers. Ms. Tucker has once again exceeded my every expectation and given a story so original and well crafted that when all the pieces of the puzzle came together I was breathless. I love that as an author she continues to grow and try new things, while never sacrificing the high quality or consistency of her work in the process. 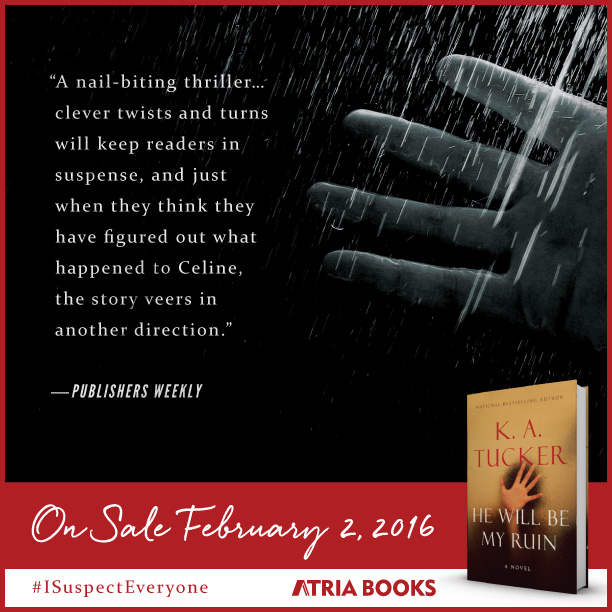 “I need some advice, Grady, and I have no one else to ask.”

“If you needed answers and the only person to give those to you was a person you didn’t know, had never met, and who might not like the questions you have to ask, what would you do?”

He twists his lips in thought. “I’d create a situation to meet this person, and make it hard for
them to refuse me.”

He exhales heavily, his warm breath grazing my cheek telling me that he’s facing me. “Find
common ground. A location, a purpose, an acquaintance. Force the meet and then work your questions around the real ones that you want to ask. You can get a lot of information out of a person just by treading too close to what they don’t want to talk about. The look in their eye, their facial expressions, the way they react to the mention of a name, or a place.”

Grady seems more intelligent than what I’d expect of a pot-smoking building super. “You sound like you’ve been in my situation before.”

“Once or twice. Maybe.” I hear the smile in his voice.

Find common ground. Force the meet. The only common ground I have with this guy is now six feet underground in a San Diego cemetery.

There is something that we’re both very familiar with.

I pull out my phone and scroll through my emails to find the one with her phone number. I know this is beyond inappropriate, but once I get something in my head, there’s no dislodging it. Plus, I’m high.

“Hi…Is everything okay?” She definitely sounds shocked to hear from me.

Grady watches me quietly. “I’m sorry to be calling so late. You know how you offered help with anything I needed? Will, I need a favor.” 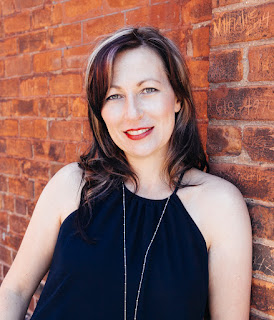 Born in small-town Ontario, K.A. Tucker published her first book at the age of six with the help of her elementary school librarian and a box of crayons. She currently resides in a quaint town outside of Toronto with her husband, two beautiful girls, and an exhausting brood of four-legged creatures.