RELEASE DAY BLITZ ~ TWISTED UP IN YOU by Dawn Martens 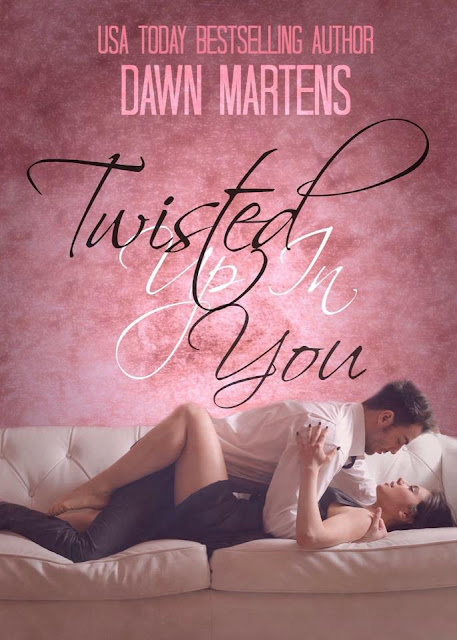 Surviving a harsh upbringing, Corinne Treyton’s new life comes courtesy of the Angels Warriors MC. No one will ever use her body again, unless she wants them to. Cori, a party girl, doesn’t believe in relationships, but she’d be willing to try if only Blake, who happens to be her boss, could really see her for who she is. She hides her lifestyle from him, afraid he would think less of her.
Blake Lexington has crushed on Cori since the day she started working for him. He knows a bit about her past, living with the Angels Warriors, and he doesn’t care. He refuses to make a move, thinking it will scare off his shy assistant. For years, he’s thought she would never be attracted to someone like him. Finally realizing that he needs to take action, her reaction surprises him. Cori believes he sees her as a slut and wants to use her. Secrets from the past will be revealed, causing everything to unravel. Will real love bring them together, or is Cori too damaged to give true love a chance? 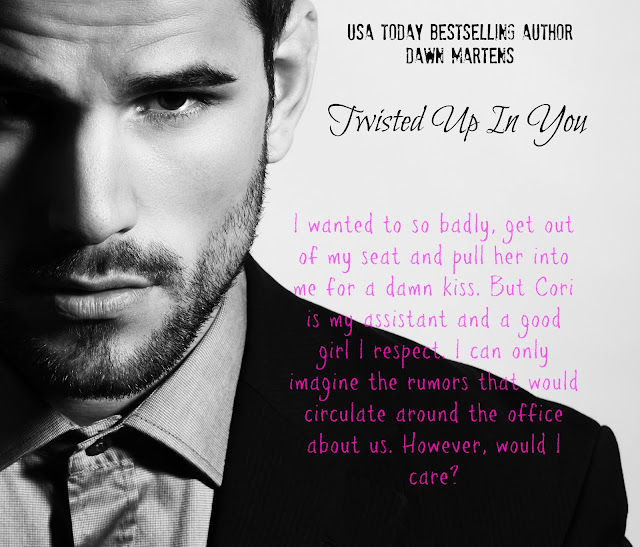 I was first introduced to this couple in Dawn’s Angel s Warriors MC Series. I knew this was going to be a great read.

Cori & Blake were brought up in the system. The system that often leaves the spirit of those housed within broken, very broken.  Blake got out when he turned of age, her? Cori and her baby sister Melissa, AKA Melly, weren’t so lucky. They had to be rescued.
These two broken souls, that have yet to heal and feel love, are aching for each other but they don’t feel worthy of the other.

The journey of Corinne & Blake contains twists, turns and a few collisions, some you might see coming and some not. Their families, although not by blood, are with them, for them & pulling for them.

This couple, Cori & Blake, have always been inevitable. The underlying sexual tension between these two fans the flames beyond smoldering.
Rated 4 stars out of 5.

This review was prepared by Corinne.


Dawn’s Angels Warriors are also great reads that contain some exposure of these two characters. They are not a necessity but are fantastic reads. 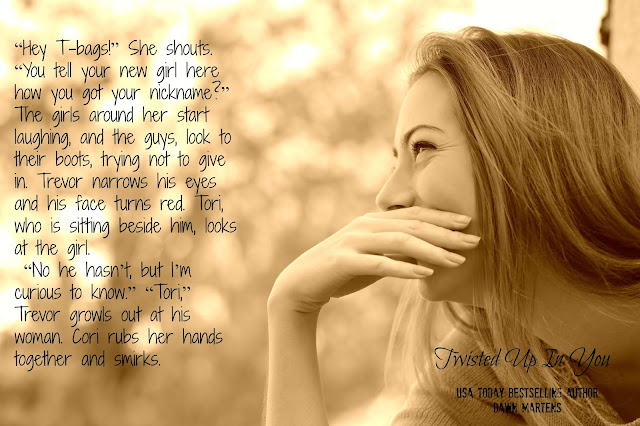 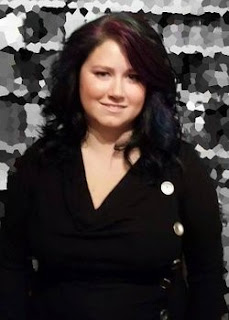 Dawn Martens is a young, spunky Canadian Author. Being a wife to Colin, a mother to three beautiful little girls (Sarah (2007), Grace (2010), and Ava (2014)) and of course best friend to fellow author Glenna Maynard, hasn't stopped this Canadian Firecracker from pursuing her dreams of becoming a writer!
Dawn's number one passion in life is the written word, and she's extremely thankful that she has the ability to share the ramblings from the characters inside of her head with the rest of the world!
She also may or may not have the hugest girl crush on Author Kristen Ashley, who is her personal idol and helped inspire Dawn in the beginning of her Indie career.

Posted by Naughty and Nice Book Blog at 5:30 AM