THE DO OVER by AL ZAUN - REVIEW 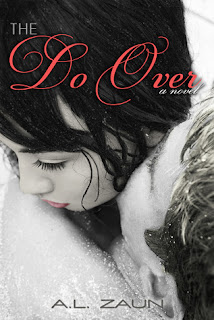 SYNOPSIS:
Life doesn't look like it's supposed to for Daniela, aka Dani. After a painful break-up with Rick, Dani decides she doesn't want to deal with the hassles of relationship.

After almost two years, Dani's friends stage an intervention, forcing her out of her holding pattern and back into the real world of dating.

Liam, a down to earth firefighter, may be just the person to show her she’s still worth something. Their chemistry is instant and electric. But will Dani be able to trust her patched-up heart with him?

And what will happen when Rick decides he’ll go to any lengths to get her back?

"The Do Over" is AL Zaun's debut novel and she knocked it out of the park.  I give this book a 5 star rating.  AL Zaun did an AMAZING job captivating me from the first chapter until the very last page.  "The Do Over" is a book that had my stomach in knots with the anticipating of what was to come.  At one point I was begging the author to just tell me how it ended, because I didn’t think my heart could handle anymore…

"The Do Over" is a story about a girl named Daniela Ruiz (Dani) who was in love with her boyfriend, Rick Marin, until one day he broke her heart.

"I fell in love with him.  He was a complicated guy who was looking for the good girl who would inspire him to settle down, and I was the good girl looking for a challenge.  I wanted a project, and he was more than willing to oblige.  We were a match made in dysfunction heaven, and it worked perfectly for us."

After the break up, Dani went into a depression for almost two years.  She lost in herself in her stories on her kindle.  She figured if she couldn't live the fairy tale love story, she might as well read about them.  Her friends stage an intervention to get Dani back in the dating scene and away from her kindle and her "book boyfriends".

"Hi, I'm Dani and I am a kindle-holic and I hoard eBooks."

I cracked up when I read this line.  We all LOVE our books!!  I, myself think at times I need an intervention for my book obsession.  Anyway…

Dani arrives at the training class for CPR, expecting to see the Captain of the Miami Dade County Fire Department; instead out of the corner of her eye she sees is a tall, very muscular HOTTIE with dirty blond cropped short hair and the bluest eyes she's ever seen.  This hottie would be Lieutenant Liam Lucas of the Miami Dade County Fire Department Technical Team.  Liam was covering for the Captain and would be conducting the CPR training that day.  Dani is already certified in CPR, so rather than paying attention she is engrossed in yet another one of her love stories on her kindle and having a book meltdown when Liam approaches her desk.

"I'm a jealous fool and I don't share. Mind putting it away?"

Dani and Liam are immediately attracted to each other.  It was the first time Dani actually noticed someone since her break up with Rick.  Liam decides to have a little fun with Dani and calls on her to come up to the front of the class to practice her CPR on the dummy.  While Dani had her hands on the dummy, he laid his hands over hers and pushed down on the dummy making sure she applied the right amount of pressure and he whispered in her ear, "Make sure it's deep and hard and steady.  Yeah that's right, you're doing it perfectly.'"  Liam just about caused a 5 alarm fire in Dani's panties….  "Someone call a code blue.  I wouldn't mind him administering CPR on me."

Dani and Liam didn't exchange phone numbers that day, but they happen to run into each other at a night club, when Dani's two best friends drag her out for a girls night out.  Liam is immediately drawn to Dani like a moth to a flame, and will not let the night end until he gets her phone number.

Once Dani and Liam connect, the chemistry between Dani and Liam is completely off the charts.  The only problem is, Dani is very insecure with herself.  As their relationship progresses, Liam constantly has to reassure Dani of his feelings for her.  After having her heart broken in the past, she is scared to open her heart to Liam.

"Rick broke me.  Liam can shatter me.  It's just a matter of time."

Liam was a reminder that there was still of lot of life and love for her in her life.  Dani needed to let go of the bitterness left behind by Rick Marin and make room in her heart for what could be...  Could that be Liam Lucas??  Is Dani so broken from Rick, that she'll push Liam away?

Liam is a total sweetheart.  I think he should be cloned so everyone can have a version of Liam. Liam has a past as well, but he ready to love again.  Liam is falling for Dani and falling hard.

"I won't share you. Plain and simple.  Don't lie or cheat. If you're looking for deal breakers, there they are. I can always work with the truth."

Now lets discuss Rick Marin.  While Dani was at the club with her friends, Rick spots her from across the room.  Dani has no idea that Rick is even at the club.  Rick likes what he sees.  Rick wants Dani and he will stop at nothing to get her back.  Rick sets out to win Dani back.  He will manipulate any situation and anyone that gets in his way.  Rick begins to make a habit to running into Dani.  She thinks their sudden run ins are a coincidence, little does she know that every move Rick does is calculated.

Dani always underestimated men.  She wanted to believe the good in people and trust their intentions.  She is very naive when it comes to men.  What would Dani do if Rick wanted her back?  Would Dani give Rick "A Do Over"?  Will Rick always be a douche?  Can Rick really change?  Does Rick want to change for himself or just to get Dani back?

Does one need to say goodbye to their past before they can move on with their future?

Lines are crossed… Relationships are put the test.  Will Dani and Liam survive?

I absolutely LOVED this book.  I can only hope that we will see more of these characters in the future.  I was definitely left wanting more!!  Job well done!

This review was done by Heather.

I received an ARC from the author for my honest review.


CHECK OUT THIS AMAZING BOOK TRAILER !!!


Posted by Naughty and Nice Book Blog at 7:08 PM