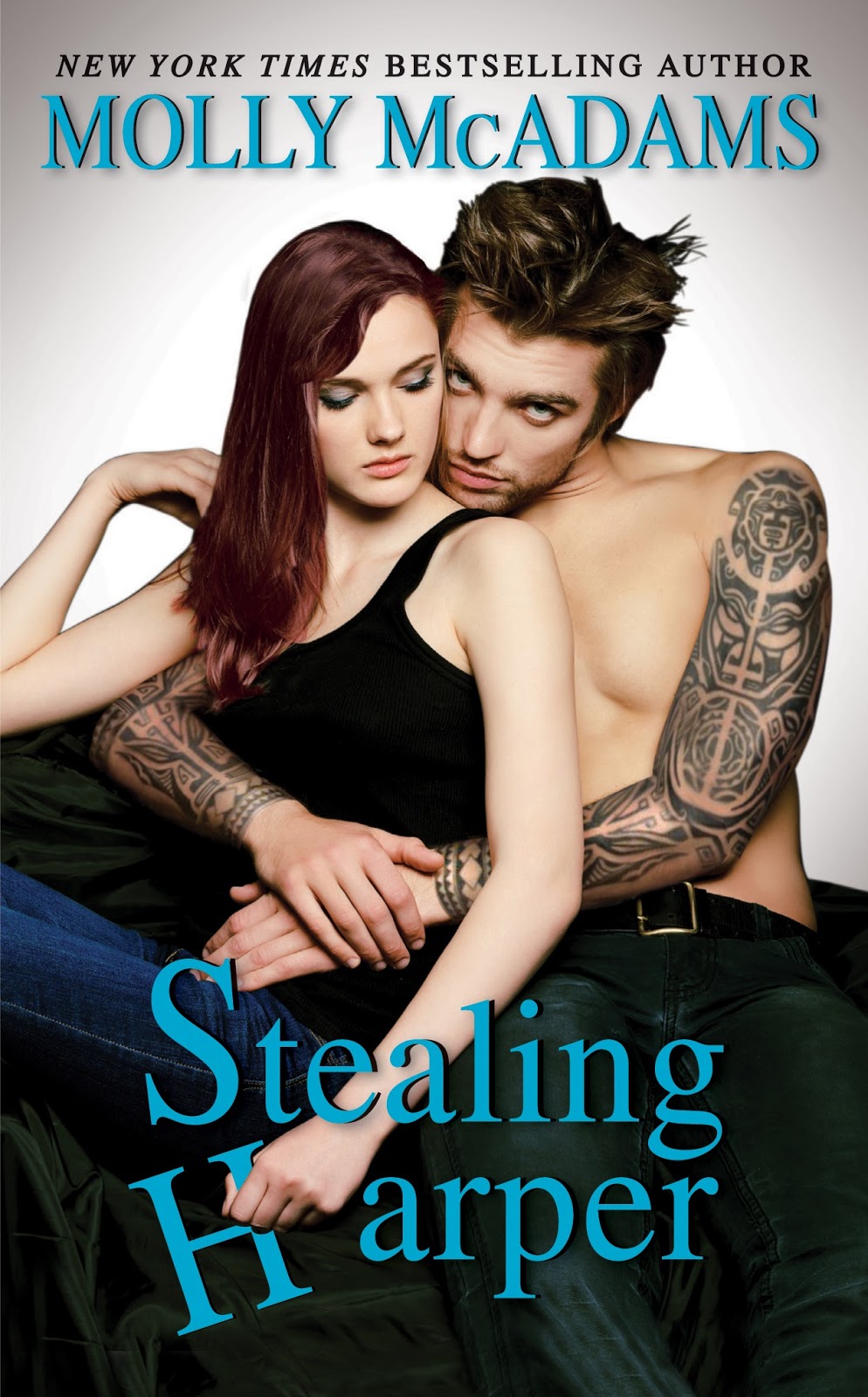 Chase Grayson has never been interested in having a relationship that lasted longer than it took for him and the girl to get dressed again.  But then he stumbled into a gray-eyed girl whose innocence poured off her, and everything changed.  From the minute Harper opened her mouth to let him know just how much he disgusted her, he was hooked.

But a princess deserves a prince charming that can make her dreams come true.  Not a guy that can turn her life into a nightmare.

All good intentions go out the window when she starts to fall for the guy he’s come to view as a brother.  He’d wanted to protect her by keeping her away, but he can’t stand to see her with anyone else and he’ll do anything to make her his.  But when it comes down to Harper choosing between the two, will Chase have the strength to step back from the girl that has become his whole world if it means she’s happy?

Lines will be crossed.  Friendships will be put to the test.  And hearts will be shattered.


As we all know, Chase and Brandon both fell in love with Harper.  Little did Harper know, she had fallen in love; not with just one guy, but with two.

I myself, had fallen in love with Chase Grayson immediately in Taking Chances.  The moment Harper laid eyes on him in Taking Chances, I knew I was a goner!!!  I was captivated by his cockiness, his arrogance, his charm, his sexy grin, his eyes, his bad boy image and his tattoos.

Chase was immediately drawn to Harper.  Harper on the other hand was attracted to him, but found his man-whoring ways repulsive.

"I'd had a girl thank me for letting her blow me earlier, and this girl
wouldn't even give me her name?" "Excuse me, Princess." ~ Chase

"Wrong thing to do sweetheart.  I always did love a challenge." ~ Chase

Chase knew he made her nervous, and he took every advantage of that.  I have to say, this is one of my favorite parts of both Taking Chances and Stealing Harper.  You could feel the connection between the two of them very early on.

"Well, well.  If it isn't the princess."
"I almost didn’t recognize you without a tramp attached."
"Would you like to change that?  I'm not up to my limit tonight yet."
"Oh, I'm sorry, but I don't have any STD's, I'm not your type."

From the moment Chase met Harper, he felt the need to protect her. I loved how Stealing Harper was written in Chase's POV.  I felt like we finally got to see who Chase Grayson really was; to see how he truly felt about Harper.  To understand why he pushed her away, telling her that she deserved a Prince Charming.

"You need someone who will cherish you, protect you, and take care
of  you.  Someone that realizes they'd never be able to find another you
in the world, no matter how hard they looked."

"That first night, I did realize I would never meet another girl like
you.  But you deserve someone who has waited for you as long as you
have waited for them.  And no matter how much I wish I could be that
guy, I can't, Harper."   ~ Chase

My heart broke reading Stealing Harper.  I wanted Chase with Harper from the first time they laid eyes on each other.  Chase didn't think he was good enough for Harper, yet he couldn't stay away from her either.  He was drawn to her like a moth to a flame.

To read Chase's POV in Stealing Harper was definitely an eye opener to me.  I wish Chase would have been honest with his feelings about Harper from the very beginning.  Knowing that Brandon had asked him not once, but several times, if there was something going on with Chase and Harper or if Chase had feelings for Harper and Chase just kept denying it, frustrated me to no end!!!

"I hoped she understood that I was hers, completely and undeniably
forever.  That if I had all of this to do all over again, I would change
everything.  And that in any life, in any situation, I'd choose her.
Every time." ~ Chase

Seeing the love triangle between Chase, Harper and Brandon pissed me off.  I wish Harper would have chosen one of the men, and let the other one go.  My heart was crushed and ripped out of my body multiple times watching what Chase was going through.  To see him love someone and have to watch that person be in love with someone else.    I have to say, Chase loved to torment Brandon about Harper.  Chase knew he would get a rise out of Brandon, and every time he did, it made him want Harper more.  (Read the excerpt I have below and you will see exactly what I am talking about.)

We all knew the outcome and what to expect from reading Taking Chances, but I still wasn't prepared for the emotional roller coaster that I was about to go on…  Molly McAdams left me speechless with Stealing Harper.  I have read Taking Chances at least 6 times, but I can honestly say, that I don’t know if I will be able to read Stealing Harper again.  Especially, not the last few pages of the book.  I had to stop reading it several times because I could not see through my tears.

I had to wait several days for my emotions to settle, so that I could do this review.  I still don’t feel like I have gained any type of closure from reading Stealing Harper.  I feel like my wounds are still open and I don't know if I will ever be able to move on.  I wish Molly didn't choose to write "the scene" that everyone knows I am referencing.  The only thing I can say that I feel a little bit better about, was knowing that Chase didn't drive away from his parent's house in a fury on that dreadful night.  I at least know what caused the accident.  However, reading the last several pages of the book was gut wrenching.  My heart broke over and over again reading what Chase was feeling during that moment.  With every breath he took, I felt as though I couldn't breathe.  I found myself holding my breath, as I read the words on the screen of my iPad… As I read the last line of the book, I was crushed… I was seriously "UGLY CRYING" !!!!

What is your deal? What do you gain from pissing me off?"


"Other than Princess underneath me when you're not around? Not a damn thing."

"Little late for that one."  I watched as he tried to control his anger. "Does she moan that loud when she's with you, too?"

"Are you serious right now?"  he roared, and slammed a fist down on the counter.

I shrugged and began walking out of the kitchen.  "I'll take that as a no."  He was breathing heavily and obviously trying to talk himself out of this fight, but I needed it.  I still hate that he has her, and I need the reminder that I never will.  "Looks like you're under performing, brother.  Better step your game up before she stays in my bed for good.  'Cause those moans and little noises she makes?  God… sweetest fuckin' thing you've ever heard."

Brandon was already rounding the island before I'd finished with the last sentence, but this time I was ready for him.  He was a skilled fighter, yeah.  But this wasn't the ring he was used to, this was over a girl I knew he had fallen in love with just as much as I had; so he wasn't thinking strategy.  He just wanted to hit something.  And that's exactly what I'd been hoping for.  He grabbed the collar of my shirt and slammed me up against the wall.  I'd been expecting a blow to the head, but he smashed his fist against the wall near my head instead.

"I will end you if you touch her~  stay the hell away, Chase!"

I waited until he took a step back before landing one on his jaw.  "Payback.  Sorry, no can do."


He slowly looked back at me, worked his jaw a couple times, and spit blood in my face.  'You can, and you will.  She's mine.  I'm not doing this with you; you're like a brother to me."  Brandon took a step back and shook his head before turning toward his hallway.

"No wonder she comes running for my bed.  Obviously, you can't finish what you start."


He froze midstep and stayed like that for a couple seconds before turning and charging at me.  He plowed into me, and I felt like all the air was knocked out of me from having him land on top of me.  Before I would take a deep enough breath, he rolled off and punched me hard in the stomach.

Just as Brandon leaned back to deliver another punch, arms were around him and pulling him back.  He turned and kicked my side as Derek and Dew pulled him away.  "We are done! You hear me?"

I struggled up and winced at the pain in my stomach.  God, these guys really need to quit stopping the fights.  Brandon ripped his arms away from the guys and scrambled up quickly before Zach was there, helping the first two keep him back, and Brad was in my face, pushing me toward my hall.


"Because he's with my entire world."

ONE CLICK AND GET OUR COPY OF
"STEALING HARPER" 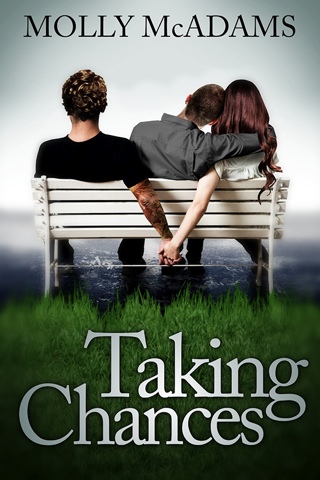 Her first year away is turning out to be nearly perfect, but one weekend of giving in to heated passion will change everything.

Eighteen-year-old Harper has grown up under the thumb of her career marine father. Ready to live life her own way and to experience things she's only ever heard of from the jarheads in her father's unit, she's on her way to college at San Diego State University.

Thanks to her new roommate, Harper is introduced to a world of parties, gorgeous guys, family, and emotions. She finds herself being torn in two as she quickly falls in love with both her new boyfriend, Brandon, and her roommate's brother, Chase. Despite their dangerous looks and histories, both men adore Harper and would do anything for her, including taking a step back if it would mean she'd be happy.

ONE CLICK AND GET YOUR COPY OF
"TAKING CHANCES"

Posted by Naughty and Nice Book Blog at 2:58 PM