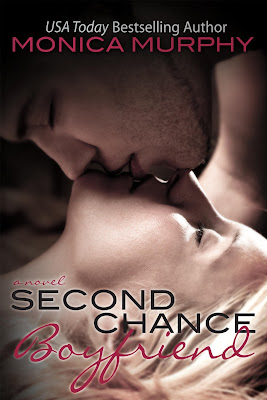 Lost. Everything in my life can be summed up by that one sickening word. My football coach blames me for our season-ending losses. So does the rest of the team. I wasted two whole months drowning in my own despair, like a complete loser. And I lost my girlfriend—Fable Maguire, the only girl who ever mattered—because I was afraid that being with me would only hurt her.

But now I realize that I’m the one who’s truly lost without her. And even though she acts like she’s moved on and everything’s fine, I know she still thinks about me just as much as I think about her. I know her too well. She’s so damn vulnerable, all I want to do is be there to help her . . . to hold her . . . to love her.

I just need her to give me one more chance. We may be lost without each other, but together, we’re destined to find a love that lasts forever.


**PLEASE NOTE: If you have not read One Week Girlfriend, book One in this series, DO NOT READ THIS REVIEW.


HOLY HOTNESS!!! Words can not express how much I loved this story. One Week Girlfriend was an amazing book so I was super excited to read Second Chance Boyfriend, which was AMAZING as well!!   The plot twists, conflicts and surprises will keep you captivated from the 1st page to the last page. I had butterflies in my stomach throughout the entire book. I absolutely adored Drew and Fable.


One Week Girlfriend ended with a total cliffhanger… Have I mentioned how much I hate cliffhangers? Anyway, when I started Second Chance Boyfriend I wasn’t sure how the story was going to unfold.  My heart broke for Fable at the end of One Week Girlfriend.  Fable gave her heart to Drew, only to have Drew hand it back to her.

“So why did you shut her out? You’ve never told me, you know.”
My psychologist loves to ask the tough questions, but that’s her job.  I still
hate answering them.  “It’s the only way I know how to cope.”  ~ Drew

Drew always ran away from his problems. It was always easier to run than facing the truth.  But with Fable, he wasn’t quite sure if he should have ran?  Would Fable understand why he ran and give him a second chance?  Did Drew deserve a second chance?

“Loving someone is taking a constant risk with your emotions.  When you
find the right person, the one you know you want to be with, that person
becomes worth the risk.” ~ Dr. Harris pauses, stuffing me carefully.

“Do you believe Fable is worth the risk to you?”

Drew makes a decision. “If I want her, I need to fight for her.”

I fell more in love with Drew as I turned the pages.  I was standing on the sidelines routing for both Drew and Fable. Drew and Fable both needed each other; they just needed each other for different reasons. They were each other’s support systems in a world that they felt alone in.  Drew needed to let go of his past and stop blaming himself, while Fable needed to learn to accept help from others. Fable began to realize that she didn’t have to go through life alone.  While I watched both Drew and Fable grow as individuals, I loved watching them grow as a couple and overcome various obstacles thrown in their paths.


I absolutely LOVE this quote and it speaks volumes.

“True love isn’t easy, but it must be fought for.  Once you find it, it can never
be replaced.” ~ Unknown

Of course, Drew’s CRAZY ASS step mom rears her ugly head again in this book.  I seriously wished a house would fall out of the sky and land on her so we could see her legs shrivel up, just like in the Wizard of Oz. You’ll have to read the book to see what  Adele does.  ONE word, PSYCHO!!

I hope Monica Murphy writes a few more books with these characters as I was definitely left wanting more.  I would love to see what their future holds and also what lies ahead for Owen, Colin and Jen.

ONE WEEK GIRLFRIEND and SECOND CHANCE BOYFRIEND are books that you should definitely read.  They are great and they will not disappoint.


This review was prepared by Heather.
ONE CLICK AND BUY
"SECOND CHANCE BOYFRIEND"
BY MONICA MURPHY

Posted by Naughty and Nice Book Blog at 9:06 AM