Brooke Wright has only two goals her senior year at Charity Run High School: stay out of trouble and learn to forgive herself for the past. Forgiveness proves elusive, and trouble finds her anyway when she discovers a secret club at school connected to the death of her best friend. She learns that swim team members participate in a “Fantasy Slut League,” scoring points for their sexual acts with unsuspecting girls.


Brooke, wracked with guilt over her friend’s death, decides to infiltrate the league by becoming one of the “unsuspecting girls,” and exact revenge on the boys who stole away her best friend. An unexpected romance complicates her plans, and her dogged pursuit of justice turns her reckless as she underestimates just how far the boys will go to keep their sex club a secret.

(This is a New Adult fiction book with mature themes. It contains graphic sex and language and an explicit description of sexual violence. Please take the content warning seriously.)

Going Under covers so many topics in this storyline.  This is the first book that I have read by S. Walden and I was quite impressed. I found the book to be well written and very detailed.


The subject matters of Going Under are VERY disturbing.  You will read about suicide, rape, depression and illegal drug use.  I commend S. Walden for sharing this story with us and shining the light on these subjects as we are surrounded by them in our real lives.

The main character Brooke, broke the golden rule with her girl friend.  The #1 rule that us girls live by.  Brooke is living with guilt for what she did to her best friend, Beth.  After the tragic events of losing Beth, Brooke is determined to seek justice for her friend.  Brooke somehow feels responsible because she never spoke up and kept Beth's secret.  Brooke was the only one that knew Beth's secret, a secret that could explain Beth's death.  Should Brooke have told Beth's parents what happened to her?  If Brooke would have spoken up, would that have saved Beth?  These are questions that Brooks ponders everyday… These are questions that haunt Brooke everyday…

Brooke is carrying so much guilt and regret for her actions.  I actually felt sorry for Brooke.  I don’t condone what she did to Beth, but I do believe that people make mistakes in life. Brooke never got the opportunity to apologize to Beth, because Beth would not speak to her.  Brooke begins to suffer from nightmares and she is seeing Beth in her dreams.  It's as if Beth is leading Brooke on a mission for justice.  Brooke sets out to find the culprit that destroyed and broke her best friend, and she uncovers a "sex club" amongst the swim team at her school that targets girls at her school.  Brooke sets a plan in motion to expose this "sex club" and have these sexual predators pay for what they have done.  Brooke hopes that by exposing this "sex club" it will help rid her of the guilt that she carries.  She has her mind set that she is taking these boys down, even if she has to sacrifice herself as bait.  I DID NOT agree with what she was doing.  I did not agree with how Brooke wanted to bring this sex club down.  I think there were so many other options that she could have choose.

While Brooke is trying to infiltrate this "sex club" she meets a guy in her class by the name of Ryan.  Ryan is a loner, he keeps to himself and doesn't interact with any of the other students.  Brooke finds out that Ryan is her neighbor and only lives a few houses down from her father.  The connection between Brooke and Ryan is immediate.  The chemistry is explosive.  Brooke faces a problem, she can not let her feelings be known for him in school, while she is trying to expose the members of the "sex club".

Ryan is a total sweetheart, yet mysterious at the same time.  There was something about Ryan that drew Brooke to him.  It was great to see the two of them act on their feelings for each other.  They were exactly what each other needed in their lives.  Would they balance each other out?  Could Brooke stick to her plans of exposing the "sex club", while maintaining a relationship with Ryan?  Could she trust Ryan with this information?

"When I was with him, all of the hurt and guilt vanished. I thought
he had the ability to put my brokenness back together." ~ Brooke

Brooke begins to find victims of this club but no body will speak up or confirm her suspicions.  Throughout the book, Brooke's nightmares are becoming worse.  As a reader, I was watching her life spiral out of control.  It was gut wrenching.

There is a specific part in this story that is very descriptive.  While reading it, I actually felt sick to my stomach and had tears streaming down my face.  It felt so real.  I was shocked that the author wrote what she did, but after I finished the book and digested it, I understood why she did it.  It made the story so much more emotional, and so raw at the same time.

There are so many twists and turns in this book.  S. Walden did an amazing job with this book.  Going Under is definitely a tear jerker and emotionally draining.  It took me a few days to gather my thoughts to write this review.  I didn't know what to write or what to say without giving any spoilers.

If you are looking for a great book, Going Under should be added to your list, just be forewarned, expect the unexpected…

I received an ARC for an honest review.
This review was prepared by Heather. 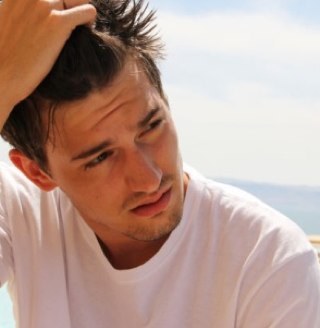 I had no business getting all dolled up for Ryan. I was supposed to be focused on Cal, but somehow he became just some guy in the background, out of focus and unimportant in my life. I thought I heard Beth screaming from a far off place, asking me what the hell I was doing, but I ignored her. She couldn’t control my life. I’d get to Cal when I got to him. She had to understand that.


I studied myself in the full-length mirror. I’d never looked prettier for work. I thought I looked like a Barbie doll, my hair pulled up high on my head in a ponytail, locks curled and tumbling in flirty waves from the elastic band. I pumped up the eye factor with heavy mascara. I wanted to go for an Edie Sedgwick look—all ‘60s glam. I even ironed my uniform, a typical diner waitress outfit. Blue shirtdress that hit just above my knees. I slipped on my Keds and grabbed my apron.


I planned to knock his socks off.

. . . I approached him after counting to twenty. I didn’t want to seem too eager.


“Hi,” I said. I felt bright and bubbly and on top of the world.


“Hello.”
I placed my hand on my hip and popped it out. “Come here often?” I couldn’t resist.
“Once. The waitress was cute, but she’s got nothing on you,” Ryan said.
Damn right she doesn’t. I went Edie Sedgwick for you, buddy.
“God, you look gorgeous,” he said.
Oh, those heart flutters. I wanted to feel those heart flutters forever.
“I’m in an ugly uniform,” I said, looking down at my outfit. I smoothed my apron on my stomach.
“Not ugly at all. Sexy more like.”
I blushed, and this time he saw. I couldn’t conceal it under the glare of the restaurant lights.
“Hungry?” I asked, and pulled out my order pad.
“What would you recommend?”
“Honestly? I’ve only eaten the turkey sandwich. It was all right,” I confessed.
“Don’t you get to eat for free?” Ryan asked.
“Are you kidding? A little bit of a discount, sure, but nothing for free,” I said. “And anyway, I’m so tired after work, I don’t want to stick around and eat. I want to go home.”
“I can understand that,” he said. He looked over the menu. “Well, I guess I’ll try this steak sandwich.”
“A man who eats manly meat,” I said. “I like it.”
“Manly meat, huh?” he asked, chuckling.
“Sure. Didn’t you know steak was the manliest of meats?”
“Making a note of it,” Ryan said.
I nodded. “And to drink?”
“A Cherry Coke,” he said.
“Now that’s a little girly, but I’ll let it slide.”
“Well, I really ordered it for you,” Ryan said. “See, I thought you could bring it over here along with two straws. You could sit across from me, and we could drink it together.”

Also, PLEASE join the I *heart* Ryan GOING UNDER Blog Tour group on Facebook, where we can promote all the posts on the tour and keep track of any updates on there as well. It can be found here: https://www.facebook.com/groups/198290020318966/


PURCHASE "GOING UNDER" by S. WALDEN


1. signed paperback copy of Going Under


7. Ryan’s love letter to Brooke
a Rafflecopter giveaway
Posted by Naughty and Nice Book Blog at 9:35 AM