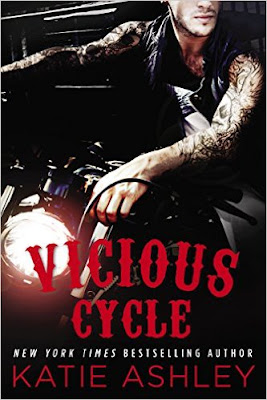 Deacon Malloy’s life is dedicated to the Hells Raiders motorcycle club. Tough, hard, and fast with his fists, he serves the group as sergeant at arms. But his devil-may-care approach to life is thrown for a loop when the five-year-old daughter he never knew existed lands on the club steps.

Alexandra Evans is devoted to all her students—but there’s always been something about Willow Malloy that tugs at her heart. There’s an aura of sadness about her, a girl in need of all the love Alexandra can give. When Willow stops coming to school, Alexandra’s search leads to a clubhouse full of bikers…and a father hell-bent on keeping his daughter always within sight.

The moment Deacon sees Alexandra, he has to have her in his bed—and he’s never met a woman yet who couldn’t be persuaded. No matter how attracted she is to Deacon, Alexandra refuses to be just another conquest. But it’s Deacon himself who could be seduced—into a brighter future for himself, his daughter, and the woman he’s falling for against all odds.

“Angels… beautiful angels with dark hair are coming for you. They are your only salvation.”

Deacon Malloy pretty much had his life figured out. He had a loving family which consisted of his loving mother and his brothers and he had his brothers at the club. He also had his lady, who knew what he needed from her, and that was not a relationship, but a warm body when he wanted it. He would do anything for any one of them and I mean anything. His life growing up wasn’t the best until his mama and Preacher saved him and gave him the best that they could. Deacon is one man not to mess with.

“Although I now had the support of a loving family, I still felt like a loner- an outsider still searching for a place to make his own.”

Willow Malloy hasn’t had the best upbringing by her mother. I mean, my heart just breaks for her. No child should ever have to go through what she has had to. I wish she could rewind time and undo everything that has happened to her. Willow has had to face some traumatic experiences and has completely shut herself down and stopped talking to everyone entirely. She honestly didn’t know who her birth father was until this very moment where she is being shipped off to him since she doesn’t have anyone else to care for her.

“You’ve wasted so many years on deadly sins. It’s time you found true peace in your life.”

“She will teach you to love selflessly.”

Deacon is completely dumbfounded when Willow shows up at his doorstep. He won’t believe the fact that she is his, except for the fact that she is a spitting image of himself. His first instinct is to not want her. I mean, what does he know about little girls? Absolutely nothing! But just seeing a vulnerable Willow standing there all helpless with nowhere to go, his mama and his brothers will not let her leave. Regardless of what Deacon wants Willow is there to stay. As time goes on, even without her talking everyone falls in love with Willow. It’s like she has everyone wrapped up around her finger. Even all the guys in the club will do anything for her. But Deacon is still is still having a hard time with her as they slowly try to bring her back to a normal life.

“She overwhelmed me with her presence.” “Deacon continued to bring out parts of me I never knew existed.”

Alexandra Evans loves her job as a teacher and cares for each and every one of her students. When she sees Willow wandering the halls for the first time she instantly latches on to her for some reason. Its like Willow is drawn to Alexandra and mesmerized by her. She brings out such a caring motherly spirit, something she is not used too, maybe that’s what possibly draws her. I have no idea what brings it on, but she starts to talk for the first time since the incident and it renders Mama speechless. Alexandra finds the need to watch over and protect Willow. There’s something vulnerable about her. And the relationship she has with her grandmother is something she wishes she still has. Alexandria still grieving the loss of her parents after all these years, it’s a raw subject for her still, I think it still will always be.

“He was the darkness, and I was the light- we were the perfect storm of opposites, raging against each other in perfect harmony.”

When the past comes roaring back, it puts Deacon on edge, wanting nothing but to keep Willow safe. Even if that means keeping her from school. School was the one thing keeping her happy and now she is being held in the club. When Alexandria realizes that Willow isn’t at school she takes matters into her own hands and gets to the bottom of it, finding herself at club. When she comes face to face with a barbaric Deacon she can’t help her body’s reaction to him regardless of how much of an ass he is treating her. He wants nothing to do with Willow going back to school until the mess is cleared up and she doesn’t want to hear it since it will put her behind so they come up with a compromise. Alexandria wants nothing to do with Deacon, she can’t stand him, the way he talks, the way he acts and sure as heck the way he treats women but why the hell does her body react the way it does around him?

“I ain’t never had to work for a woman.”“Maybe you never had one worth working for.”

Deacon shouldn’t want her, but yet all he can think about is having her in his bed. He can have any girl he wants, he has, but his body craves Alexandria. There’s just something about her. She’s too perfect for him. Everything opposite of he is. She’s been making Willow smile, making her happy and helping build a relationship with him. A lot has changed since she came into the picture. Things changing for the greater good. And even the guys and the club have grown fond of her too. Deacon and Alexandria have found a balance in one another and things have just progressed naturally. He likes the person he has gotten to know, the person he is slowly becoming. But she is one more person added to the group to protect.

“At the end of the day, it doesn’t matter what anyone else says. It’s about you and me.”

What will happen if she doesn’t want to become part of it? Like she just isn’t cut out for it? What happens when both their lives collide? When the past meets the present? When the truth comes out? Will it set them both free? Will Deacon and Alexandria be able to survive it all? Or will the differences set them apart? Is Alex strong enough to fight? Will she be able to fight for the both of them?

“She was my complete and total opposite, but somehow we completed each other. She was the strong, compassionate, stubborn woman I needed to soften out my rough edges. She brought out the best parts of me- the ones that so often had been hidden from the past.”

This book is by far much different than any other book than I have ever read, but boy let me tell you I loved it. I was fully engaged from the moment I picked this book up till the very end. There is just so much happening, you wont be able to put the book down. Katie packs so much emotion into the book, you feel every single one that each character is feeling. It’s action packed, it’s fast paced, but there’s a love story built into it. Deacon and Alexandria couldn’t be any more different from each other, but yet they instantly are attracted to each other. You can definitely feel it. Willow is their common ground. The love they feel for that girl. They would do anything for her and as you will see they do. I love that Deacon can be a hard shell of a man on the outside, but when it comes to Alex, he is a total softie. And Alexandria can be the most caring person ever, but yet she can be the baddest chick out there. Proves to show, don’t just anyone by what’s on the outside.

This book as reviewed by Jenn.
I was given an advanced copy for my honest review.

Katie Ashley is the New York Times and USA Today bestselling author of the Proposition series and the Runaway Train series. She has a slight obsession with Pinterest, The Golden Girls, Shakespeare, Supernatural, Harry Potter, Designing Women, and Scooby-Doo. She has spent the last eleven years teaching both middle and high school English, but is now a full-time writer.
Posted by Naughty and Nice Book Blog at 9:16 AM