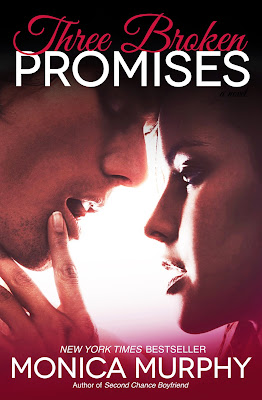 
Colin and Jen are both hiding secrets; secret pasts, secret thoughts, secret desires, the list goes on. They’ve become each other’s emotional crutch, both clutching the other closer while simultaneously pushing them away. Colin wants Jen close physically, but he can’t let down his guard to let her in emotionally. Jen is the exact opposite. She decides she can’t be around Colin, if she can never have what she truly wants then she needs to move on with her life. The angst of will they or won’t they is the crux of the story in Three Broken Promises.

Jen announces she’s leaving and moving on to a bigger city. She plays it off as she’s over this small town holding her back. In reality she’s tired of Colin holding her back. Since we’ve met them, Colin has been her biggest support. He has helped provide her with a job and a safe place to live. But what price does Jen pay for his support? How long should she expect to stay silent and accept the crumbs of affection Colin bestows on her? No longer is the answer.

Colin goes into panic mode when Jen makes her big declaration. He comes to the conclusion the best way to show her how much he cares is to let her go. He’ll encourage her and do whatever she’ll allow him to do to help her. (Yeah, it’s obvious, Colin’s a stupid straight man.) Even when Fable tells him exactly what Jen really wants, he can’t see past all of the things he’s done wrong, all of the promises he broke. Three to be exact, that’s how many promises he broke, and they all lead back to Jen.

Both have made their fair share of “mistakes” and are afraid the other will never forgive them. The reality is it’s themselves they need to forgive, not each other. At times watching their struggle was heartbreaking. At other times it was downright frustrating, like the “Who’s on first?” routine.

Is forgiveness or salvation found? Do Colin and Jen find peace with each other? When secrets are revealed, is the judgment too harsh? Which sin is worse? When everything leads back to one event, can they step back and see it was only tragic circumstance, and they need to stop punishing themselves, or do they go on to keep living their version of purgatory?


We get the answers to all of these questions. We find out what they’ve been hiding from each other, or what they think they’ve been hiding. Jen and Colin were equal parts infuriating and annoying. Their behavior kept me reading to find out what happened next. Luckily, Ms. Murphy doesn’t leave us broken apart at the end of the Three Broken Promises. These broken promises couldn’t be fixed, but new promises made can be kept.

Reviewed by Liz
I was provided a copy in exchange for an honest review.


“You’re going to turn me away yet again, aren’t you?” she asks when I don’t say anything. The irritation in her voice rings clear as her entire body goes tense. “I can’t believe it. I offer myself up to you with no strings attached and you’re trying to figure out how to let me down easy. God, I am such a moron.”


Unable to hold myself back, I rush toward her, angry that she would insult herself. Panicked that she really is going to walk away and I’m going to lose my chance. Thinking too much sucks. I need to just let it happen. Take this opportunity that she’s presenting me.


And let her go when our time is up.


“You’re not a moron,” I murmur, reaching for her. I cup her face in my hands and position her so she has no choice but to meet my gaze. I skim my thumbs across her cheeks, feel her shudder at my touch. “You make an offer like that and a man needs to process it first.”


The unshed tears still glimmer in her eyes and one escapes, leaving a damp trail across her skin. Leaning in, I stop its descent with my lips, tasting the salt, hearing the catch in her breath. “We do this and it’s not going to be some half-assed thing, you know,” I whisper.


She closes her eyes, her tears tangled in her long, thick lashes. “What’s it going to be, then?”


“A discovery.” I nuzzle her nose with my own, breathing in her scent, her very essence. God, I could devour her! It’s taking everything within me to keep calm and not unleash all over her. “An exploration.”


“That sounds like . . . research.” Her breath hitches in her throat when I drop a tender kiss on the tip of her nose.


Chuckling, I shake my head. “It’s the farthest thing from research.” I drift my lips across her cheek, blazing a hot path on her petal-soft skin. “You’re right when you said I don’t do commitment. The closest thing I’ve ever been to commitment is . . . what I share with you.”


She tentatively places her hands on my hips, her fingers curling into the waistband of my jeans. Having her hands on me sends little darts of fire throughout my insides, making me harden in an instant. She has no idea what sort of effect she has on me. How much restraint I’m using at this very moment not to throw her over my shoulder like an oversexed caveman and cart her off to my bedroom.


“But it can be no more than friendship with added . . . benefits.” I lift my head so I can look into her troubled gaze. She doesn’t like what I have to say and I don’t like it either, but I have to be honest. Stringing her along and making her believe this is something more is a mistake.


The two of us together would never work. I’m too damn selfish. I’d disappoint her. I’d hold her back when she needs her freedom. I’m not worthy of her. She’s everything sweet and good in my life, where there’s little sweet and good remaining.


I’ve kept her—and our relationship—as pure as possible even after all of these years. With the realization that she’s leaving me, that we’ll never be together again, I need to take my opportunities where I can.


Jen bites her lip and drops her gaze. “I can handle that.”


Her body language is more than telling me she doesn’t really want to handle that, but I can’t worry about it now.


I want her too damn much. 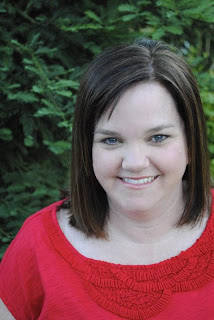 
a Rafflecopter giveaway
Posted by Naughty and Nice Book Blog at 9:30 AM