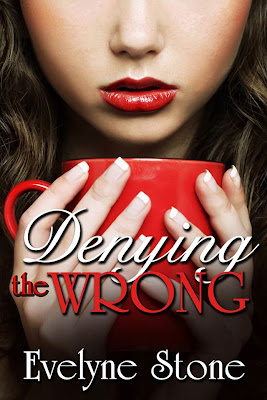 Alissa Sullivan has high hopes that the new year will bring a fresh start for her and her best friend. After learning her boyfriend cheated on her, she sets her sights on life outside of high school and Scott, the mysterious gym owner. For months he flirted shamelessly with her and now he's made it clear that as soon as she turns eighteen, the kid gloves are coming off. Katherine Horne survived a year of emotional turmoil and has finally gotten to a point where she can breathe again. Her love interest, Dillon, just happens to be her best friend’s brother and life in her newfound adulthood is going nowhere but up. The only dark cloud in her sky? She worries there's something sinister at the core of the local anti-bullying group... and Alissa is caught right in the middle of it. With fate's plan tugging the girls in one direction and karma in another, only one thing is certain-- Kat and Alissa will never be the same.

Add to your TBR - Goodreads

Evelyne lives in Arizona where she grew up most of her life. She has four children that like to drive her insane on a daily basis. The man in her life also drives her insane but is also very loving and supportive. He’s a keeper! Traveling is her favorite thing to do, even if it’s a short road trip.
Evelyne loves to read many different genres. She always thought about writing and was finally inspired by her friends to give it a try. Without her great support system, her first book, “Destroying the Wrong,” would have never happened!

Things you don’t know about Evelyne:

1. Her favorite movie is “So I Married an Axe Murder.”
2. She can sing every song, word-for-word on Adam Lambert’s first album.
3. Monsoon storms and winter drizzles help inspire her writing.
4. Football is her favorite sport even though the Cowboys have not had a good season in a really long time.
5. She loves school and would become a professional college student if it weren’t so expensive.
6. She tries hard to be funny but most of the time is the only one in the room laughing.
7. People watching and giving relationship advice is her favorite past time.
8. What she wants to be when she grows up is still an unanswered question. 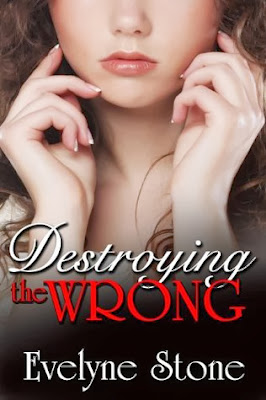 Alissa Sullivan has got it made -- a supportive, loving family, a cause she believes in, and her new boyfriend. With her best friend Kat at her side, she was counting the days until the end of high school when they could go away to college together. Then she met Scott, a man who wouldn't touch her but would turn her life upside-down.
Katherine Horne is perfectly content being in the background. All she wants is to graduate and get out of the town she's grown to loathe. She'd do anything to avoid confrontation but when she finds herself in increasingly humiliating situations, she realizes some things can't be ignored. Especially when it comes to bullying.
With their carefully planned futures unraveling, Kat and Alissa will come to realize the bond of their friendship will be tested... and might not make it through intact.