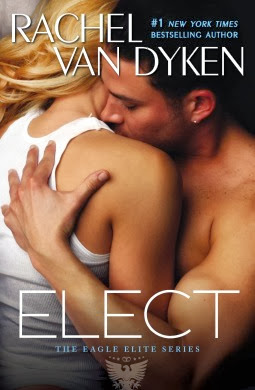 
Nixon Abandonato made his choice. And now he has to pay the price. Tracey is the love of his life, but being with him has made her a target of his family's enemies. The only way to keep Trace alive is convince the world she means nothing to him.

I woke up with a killer hangover. My fault. Grumbling, I took a shower and went downstairs to get some breakfast before I went over to the Space to see if Phoenix would change his tune.

“Hey.” Trace was sitting at the table eating some toast.

“Hey.” I waved. Idiot. She was sitting right in front of me.

Her eyes didn’t leave mine. I was frozen in place and could literally hear every beat of my heart in the silence.

“You’re wrong, you know.” She stood and walked toward me. “About a lot of things—everything, actually. And you’re an ass.”

“I’m talking, you’re listening.” She smirked and grabbed the front of my shirt and pushed me toward the pantry. She slammed me against the door, pretty forcefully, I might add, and then opened it and shoved me in. I mean, I could fight her but I was too damn turned on and curious to do anything except stare at her.

The pantry immediately became my number one favorite spot in the house.

Facing me in nothing but her scandalous white lacy underwear, she whispered in my ear. “This. What you see? What’s in front of you, it’s not just about me wanting you. I want all of you. I want to be vulnerable with you, exposed. But you have to let me…maybe the reason I don’t want to open up that part of myself to Chase is because he isn’t you, Nixon. He doesn’t have this.” She placed my hand on her bare skin right above her breast. Shit, I was slowly dying inside. Did she even realize what the hell she was doing to me?

“He doesn’t have our history, our past, our drama. I love him, you’re right. I love him so damn much that I can’t imagine life without him. But he and I—we aren’t this. So tell me, Nixon. Tell me if you want me to forget. I’ll forget what we have, if that’s really what you want. If you want me to jump into his arms without looking back, I will. But know I’ll hate you forever for giving me up.”

“I’m not,” I interrupted her. “You can’t give up something you never had.”

She slapped me hard across the face. “You promised, Nixon. You promised me.”

I kissed her hard on the mouth, clenching her wrists in my hands as I pinned her against the door. “You’re right,” I growled and pulled away. “And I’m sorry for hurting us, for hurting you, but Trace…next time you trap me in a closet, in nothing but your underwear. I will take advantage of you. I’ll screw you until you forget your own name. Don’t play with fire, and don’t mess with me. I’m still terrible for you; he’s better, and I stand by what I did. Now move out of the way before I truly lose control and steal your virginity next to the damn Cheerios.”

She crossed her arms over her chest and glared as I sidestepped her and walked out of the pantry and directly into Tex.

“It’s cool! She’s naked, I get it!” Tex called after me, while I raced back up the stairs, grabbed my phone and keys, and then ran out of the house. Away from Trace, away from everything. 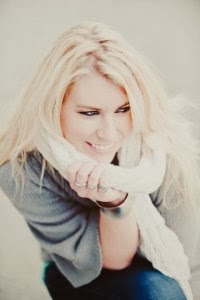 
Rachel Van Dyken is the New York Times, Wall Street Journal, and USA Today Bestselling author of regency and contemporary romances. When she's not writing you can find her drinking coffee at Starbucks and plotting her next book while watching The Bachelor.
She keeps her home in Idaho with her Husband and their snoring Boxer, Sir Winston Churchill. She loves to hear from readers!