Taking the Score by Kate Meader 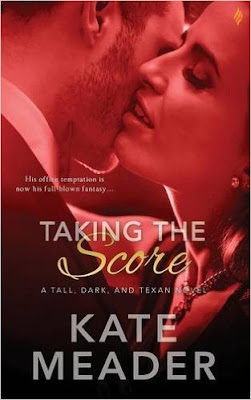 
We got a little taste of Brody in Even the Score and I was ready to meet him and Ms. Strickland. This was a fun story to read and get captured in. We meet Emma as Ms. Strickland Brody’s assistant.  As the story progresses we get introduced to Emma who happens to have a wild side to her. Brody is pure alpha male who once he admits to himself he wants Emma doesn’t turn back and is determined to keep her. I absolutely loved this book. The romance between the two of them was great, the sex was hot and they had me laughing. I would recommend this book to others and look forward to reading the next one.

a Rafflecopter giveaway
Posted by Naughty and Nice Book Blog at 7:30 AM