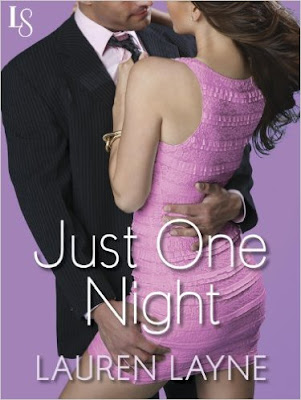 In Lauren Layne’s sizzling Sex, Love & Stiletto series, New York’s hottest “sexpert” has been living a lie—and it’s up to one man to keep her honest . . . all night long.

Riley McKenna knows sex—good sex, bad sex, kinky sex. Her articles in Stiletto magazine are the publication’s most scandalous—and the most read. But when Stiletto’s fiftieth anniversary issue requires her column to get a lot more personal, Riley is forced to confront a long-hidden secret: Her own sexual experience is limited to one awkward college encounter. Now Riley is about to call in the favor of a lifetime from the one man who’s always held her heart.

Sam Compton knows two things about Riley McKenna: She’s the only woman for him. But as his best friend’s little sister, she’s also completely off-limits. Sam shouldn’t even consider her proposition: to have a one-night stand in the name of research. But the thought of another man putting his hands on Riley is more than Sam can handle, and soon he’s agreeing to one night with New York’s resident sexpot. But Riley’s full of surprises, and what starts as “one time only” soon becomes “just one more time.” And then one more. And before they know it, Riley and Sam learn firsthand that when it comes to love, there’s no such thing as just one night.

I just love this series! I've said it before and I'll say it again, I LOVE the way Lauren writes! I again fell in love with Sam and Riley and really fell in love with their story. It was heart breaking what Sam deals with, with his own Mother. No wonder he doesn't feel worthy of anyone, or good at anything. With Riley being Stiletto Magazines brains behind all the hot sex scenes she writes, you would think she's had a ton of experience right? Her heart has always been with Sam though. Her big brothers Best Friend. The sexual tension between the two is dangerous.. Because according to Sam, Riley is off limits. He promised her brother ten years ago he would keep his hands to himself. But when Riley is faced with having to write a personal article about her life .. She realizes she really doesn't have any experience and goes to Sam to help her out with a little favor. He agrees.... At first. Get downloading! Everyone needs to read this series! It's amazing, heartfelt, funny, steamy...

I highly recommend! You won't be disappointed! I stared this series just a few short days ago and I am already starting book four tonight! It's addicting!!!! 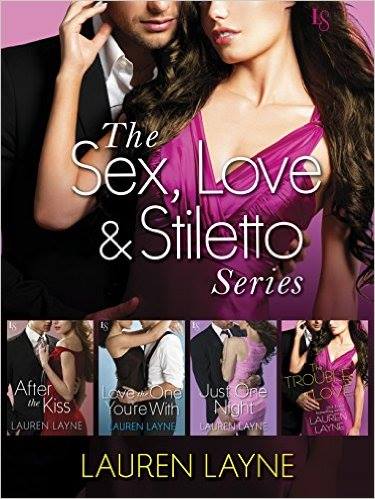 Posted by Naughty and Nice Book Blog at 3:37 PM