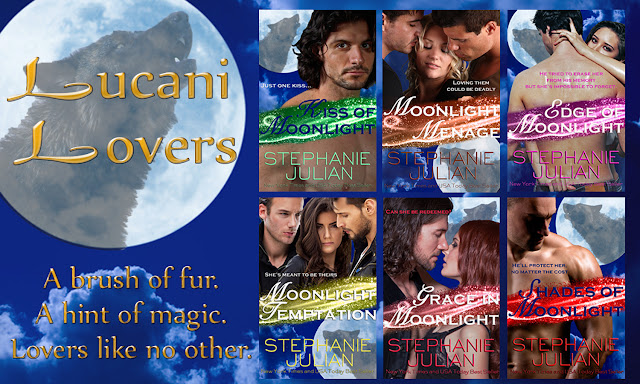 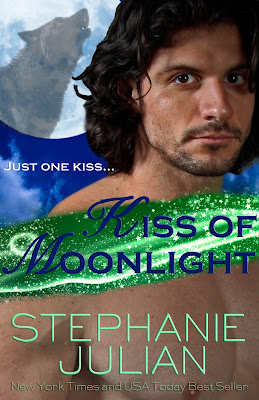 SYNOPSIS:
Plagued by nightmares. Stalked by kidnappers. Tamra McMillan needs a safe haven. When tattooed bad-ass Kyle Rossini steps into her life, the last thing she expects to find is a sanctuary from her demons in his arms. In fact, everything about him screams danger. But appearances can be deceiving. The tender possessiveness of his touch, the hunger in his eyes, the scorching sensuality of his kiss... He wants to brand her as his for life. Etruscan werewolf Kyle is a loner. The king’s assassin with a killer’s instincts. The last thing he needs is a mate who could be placed in danger because of him. Until he meets the one woman who needs him more than he needs his solitude. When Tamra, battered but not broken, stumbles into his world and tumbles into his bed, she captures his heart. And nothing—not kidnappers or visions of his possible death—will keep him from her.


Who wouldn’t want to be a shifter?
I mean, seriously, the ability to change your body into a completely animal? Coolest ability ever, right?
Wolves are the most common shifters in paranormal romance and there’s a good reason for that. They’re sleek, stealthy and smart. The perfect predators. And they make the perfect alpha heroes (and heroines).
In the Lucani Lovers series, my wolves were given the ability to shift centuries ago by the Etruscan Moon Goddess. In ancient Rome, they were the special ops forces of the Roman Legion.
In today’s world, they’ve adapted. They’ve gotten good at hiding in plain sight.
But what happens when the outside world begins to encroach and trouble arrives at their door?
Then these wolves get deadly.
The Lucani Lovers series is part of my Etruscan Magic world, which also includes the Darkly Enchanted, Magical Seduction and Forgotten Goddesses series. They’re all based on the premise that there’s still magic in our world. Fairies, elves, satyrs, shifters and witches.
Each of the books have a unique twist on what you think you know about these myths and tales. And all have a steamy romance at their core.
There are six stories in the Lucani Lovers series: Kiss of Moonlight, Moonlight Ménage, Edge of Moonlight, Moonlight Temptation, Grace in Moonlight and Shades of Moonlight.
Each has a stand-alone love story with one or two hot heroes.
These stories were previously released but I’ve re-edited and revised and, in the case of Kiss of Moonlight and Moonlight Ménage, have rewritten the endings and expanded the story.
I can’t wait for readers to discover (or rediscover) my wolves. I’ve loved revisiting and reacquainting myself with them.


And I’m anxious to get back to my Etruscan Magic world with new stories. But more on that later…

Stephanie Julian is the New York Times and USA Today best-selling author of sophisticated, sultry romance. She writes many different series, including Salon Games, Indecent and Lucani Lovers.
She loves hard rock and Broadway, runs very slowly, married a Springsteen fanatic and is the mother of two hairy beasts she calls sons.