Excerpt
"I'll deal with you when we get back to the house," Bear snapped, his words loaded with so many different meanings I trembled with both fear and anticipation.
"You're going to deal with me?" I asked. "How are you going to deal with me?" My attitude and confidence faded with each word until the last was merely a whisper.
"Yes, DEAL with you," Bear warned, suddenly pausing to take in my appearance. Slowly, from top to bottom, like he’d only just realized I was standing there. His eyelids hung heavy over his sapphire blues as he licked my body with his eyes, drinking me in like he was thirsty.
No, not thirsty.
Hungry.
When he licked his lips I could have sworn he was about to eat me alive.  I tingled all over.  The awareness of him in such close proximity after so long washed over me.  Angry or not, my body didn’t care.  I didn’t care.  I wanted to reach out and touch his face, reassure him that he had no reason to be angry, but part of me liked that I could draw that kind of reaction from him.  He came alive when he was pissed, and something inside me loved that he became this primal possessive beast out to remind me who it was I belonged to.
Bear clenched his jaw and the muscles in his neck tensed and strained. He looked as if he were ready to either kill or fuck.  All I knew was that, one way or another, I was about to de devoured.
I pressed my thighs together, trying to manage the pulsing between my legs, but the contact only ignited it further. Bear chuckled and glanced down to where my ankles were crossed. He closed the gap between us in two short strides, taking me off guard. I stumbled backward, tripping over a lose rock in the road. he reached out and roughly grabbed my arm before I could fall, pulling me flush into his hard chest. His warm skin radiated through my thin dress. I bit my lip, suppressing a moan. My legs grew weaker and weaker as he lowered his head, inching closer and closer, until I was sure his lips were going to meet mine, when without warning he released my arm and spun away. "Get in the fucking truck, Ti," he called back to me.
I stood there, unable to move, and trying to catch my breath while he headed over to King’s truck like that moment never passed between us. When he noticed I wasn’t behind him he growled and stalked back over to me. He grabbed me by the waist, his fingers digging into my skin.  He lifted me up, my short dress bunching up over my butt cheeks and slung me over his shoulder like I was a rolled up rug.
Wack.
He slapped my ass with his open palm. Hard. The bite of the smack stung where I was sure he’d left his mark. He tossed me into the truck with a caveman grunt and slammed the door behind me.
I was confused as all hell.
I was so angry.
I was also elated.
I was in lust so hard that I was in physical pain.
I was really fucking angry.
I was head over heels in love.
Motherfucker. 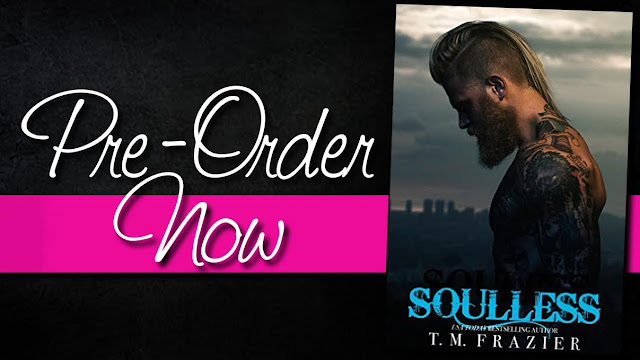 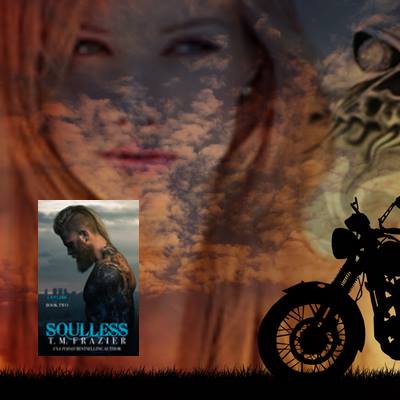 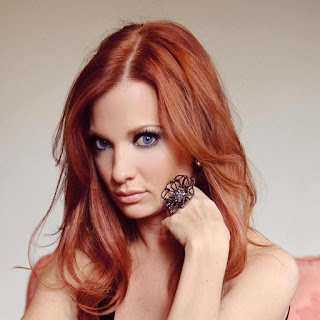 About the Author:
T.M. Frazier is a USA TODAY bestselling author. She resides in sunny Southwest Florida with her husband and young daughter. When she's not writing she loves talking to her readers, country music, reading, and traveling. Her debut novel, The Dark Light of Day was published in September of 2013 and when she started writing it she intended for it to be a light beachy romance. Well...it has a beach in it!