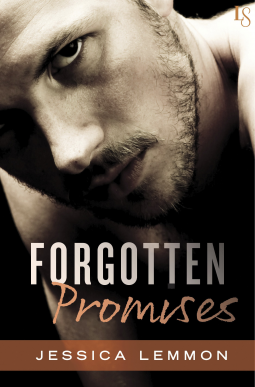 In this edgy, seductive novel, Jessica Lemmon (“An author to keep your eye on!”—Katee Robert) introduces the ultimate bad boy . . . and a love that crosses all boundaries.

Morgan Young had a perfect upbringing, and now she's got a perfect boyfriend and a perfect future—until her twenty-first birthday changes everything. First Morgan finds out, in the most painful way possible, that her relationship is a sham. But that's nothing compared to the nightmare about to unfold.

It's too late for Tucker Noscalo. A brutal childhood left him with a bad reputation and a criminal record. Fresh out of jail, Tucker has a score to settle with Baybrook's crooked chief of police—his own father. Nobody will believe Tucker's explosive accusations without proof and a good lawyer, neither of which he has on his side. Until he sees someone he used to know, someone who just so happens to be the daughter of the best lawyer in the county.

He needs Morgan to convince her father of the ugly truth. But first he has to convince her, and he'll do whatever it takes to get her to listen. Confronted by the story of Tucker's dark past, Morgan feels utterly compelled to help him. And as their connection grows into a fierce bond fueled by raw passion, Morgan finds herself falling for the wrong guy—but never has the promise of love felt so right.

I loved Morgan and Tucker's story! Just when Morgan didn't think her 21st birthday could get any worse, she stopped and got a bottle of wine on her way home and runs into Tucker, an old high school friend and old crush  who just escaped from Prison. With Morgan's dad being a popular defense attorney, Tucker realizes he needs her dads help and kidnaps her. After a few days together in a cabin in the middle of nowhere, they start to trust each other. Tucker realizes he needs to tell her about his agonizing childhood and what his Dad did to him and his brother, and where he has the proof hidden in order for her to tell her Dad and get the justice he deserves. All said and done, they slowly fall in love. I don't want to give anything away so I'll stop there. I fell in love with Tucker! To have Been through literally hell, Morgan is just what he needed. I will recommend to everyone! Loved it!