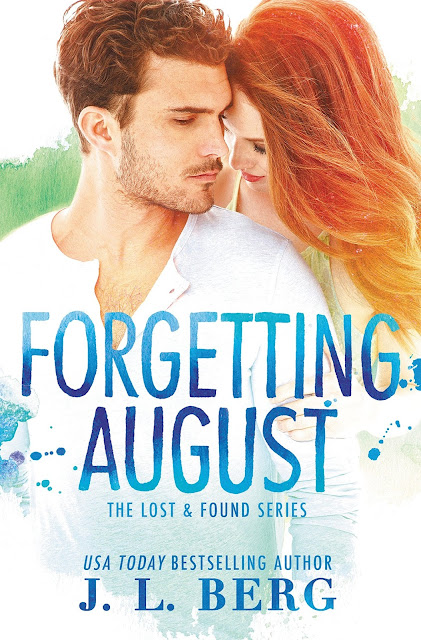 She can forgive, but can she forget? Some days, Everly still thinks she sees him. In the food court at the mall, or in a car speeding past as the light changes. It only lasts a second, but when it happens, she slips back to a time when she was ruled-and nearly ruined-by August Kincaid. And it doesn't matter that she's moved on, that she's about to marry another man. In those moments the only thing she can do to regain control is take a deep breath and remind herself that August can't hurt her-because he's in a coma. Except that he's not anymore. August is awake. With no memories, he sets out to solve the mystery of his lost life. He unearths a photograph of a beautiful redhead named Everly and knows instinctively that she's the key. But when he finds her, the August she describes is more monster than man. Tortured by the thought of having hurt her, August wants only to become the man Everly deserves. As the new August emerges, Everly glimpses the person she first fell in love with. But can she trust that this August is real? When the final secret of their shared past is revealed, one of them will make a choice that changes their future forever . . .

Add it to Goodreads here!

I Could NOT put this down!! I loved the entire story from start to finish! I loved the twist and turns. Sometimes you just can't change a persons ways. When August woke up from a 2 year coma, Everly was scared to death because of their past. Her fiancé Ryan did not want Everly anywhere near August because of that. When she decided she needed some closure, Ryan agreed, until he realized that Everly needed to make a decision. Him, or August. Wedding plans come to a halt and Everly returns to help August with his past and to help remember some of it. Sometimes people change..but in most cases they do not, and you can not change someone if they don't want to change themselves. They love each other but is it enough? The ending of this book has an amazing twist I didn't see coming at all. I love how the story was written. I'll be patiently waiting for a second book! 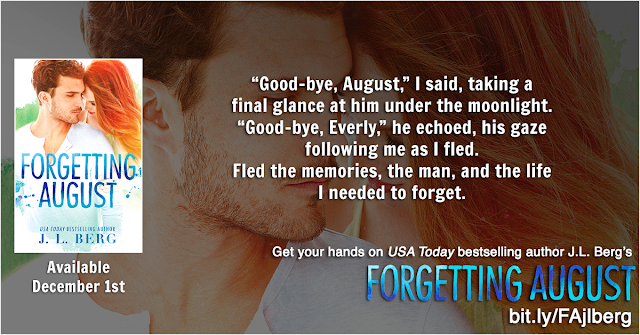 We're OBSESSED with this trailer for FORGETTING AUGUST!

Want to win a $50 Amazon giftcard? Enter via the Rafflecopter below!


Join us for the FORGETTING AUGUST Release Party!

Forever Romance and J.L. Berg invite readers to join them for a Facebook party on December 9 from 7 – 10 PM EST to celebrate FORGETTING AUGUST, on sale December 1. In addition to fun guests and giveaways, there will be a great discussion about the book as J.L. Berg takes fan questions. RSVP here.

Author J.L. Berg is a California native living in the South. She is the author of the self- pubbed Ready series, which has sold over 100,000 copies. Married to her high school sweetheart. She and her husband have two beautiful girls that drive them batty on a daily basis. When she's not writing, you can find her with her nose stuck in a romance book, in a yoga studio or devouring anything chocolate.