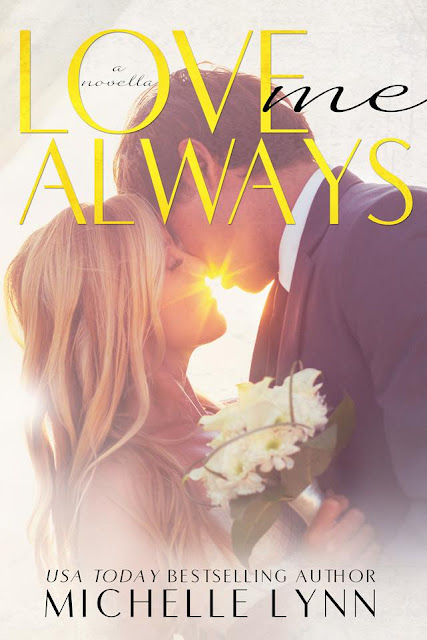 Sadie Miller and Brady Carson began their journey together two years ago. Now, after most of their friends have married, it’s finally their turn to say I do.

Sadie and her bridezilla nature have made the Miller/Carson wedding the event of the year. The cake, the caterer, and the flowers are all crossed off her list. But she soon realizes she can’t hide the guilt from her actions years before behind the façade of a big wedding. And if she wants her groom waiting at the end of the aisle, she needs to be honest with him.

Brady has always been the patient one. He’s the father figure and sensible one of the group. But the fears of failing at marriage still run deep within him. A week before the girl he lives for takes his name, a surprise shows up on his doorstep, and his neatly organized life is thrown off-kilter.

Once again, Sadie and Brady are tested by the ghosts of their pasts. However, this time they must come together if they plan on living happily ever after.

I stand and swing my keys around my finger. An internal debate weighs inside of me on whether I should leave or not. “I’m going to head out.”
Trey swings his arm around my neck and puts me in a headlock. “Nah, we’re going to the park.” His knuckles rub along my skull.
“I’d rather leave.”
“I’d rather get laid every night, but those days are long gone.” Trey, Grant and Rob laugh. Paige hits Rob in the stomach and he pulls her closer to him. They’re still in that happily-ever-after phase. When you don’t see your relationship as anything but perfect. I miss those times.

This is the final journey for the gang in the Invisible Series. We’ve seen each one of them go through so much, but they have always stuck together. I fell in love with each one of them. I felt a part of them. Like I was a part of their family. Though I’m happy to read more about the gang, I’m sad that we’ve come to the end of them as well. It’s only fitting since the series started with Brady and Sadie that we conclude the series with them as well.

Brady and Sadie were the first of the group to fall in love, yet the last to get married. They are the backbone of the group, the ones that everyone will automatically turn to. They are the ones that keep the group together. Neither of them have had an easy time growing up but being together is the easiest thing in the world. Brady and Sadie love each other unconditionally and anyone can see that without a doubt. They can’t wait to spend forever with one another.

Sadie has always envisioned her wedding to be a certain way causing her to go all bridezilla on everyone including Brady, making sure everything is in order. Her main focus has been the wedding, not so much the reason on why they are getting married. She’s distracting herself from the guilt she is harboring deep inside hoping the wedding planning will put her at ease a bit but it’s only causing tension between her and Brady. Brady, being the patient person he is doesn’t press her. He has his own insecurities running through his head. Thoughts that shouldn’t be there in the first place. I mean it’s Brady and Sadie, they’re the forever couple! It broke my heart to see a rift between Brady and Sadie, I mean gosh. But thank goodness for the meddling gang to push them to talking, something they always do, but not this time.

The BAM holy plot twist! Just days before the wedding blast from the past comes rolling back in trying to ruin more of the wedding fun! And more secrets and insecurities come rolling out. You’ll definitely get a barrage of emotions with this book. One thing right after the other. You won’t be able to keep up with it. But then that means you won’t want to put the book down!

This was a perfect ending to the series I’d have to say. But I’m extremely sad that it’s the end. It makes me want to reread the entire series again though just to get them all over again. 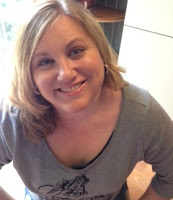