Break Even by Lisa DeJong 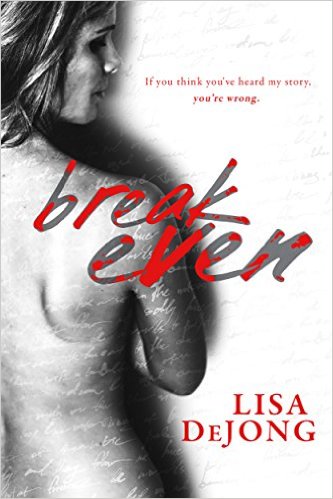 My story isn’t a love story … not the typical kind anyway.
As a lawyer, I’m used to discovery, but I never saw this one coming.

Every day, River gives me ten reasons to stay away, and then eleven reasons why I can't. Our relationship was to remain strictly business, or at least I tried.

Four years of marriage and everything with Cole has changed. I never knew two people who lived together could be so distant. But I’m not ready to give up on him.

One man wants to break me.
The other is just trying to get even.

Both are lying to me. 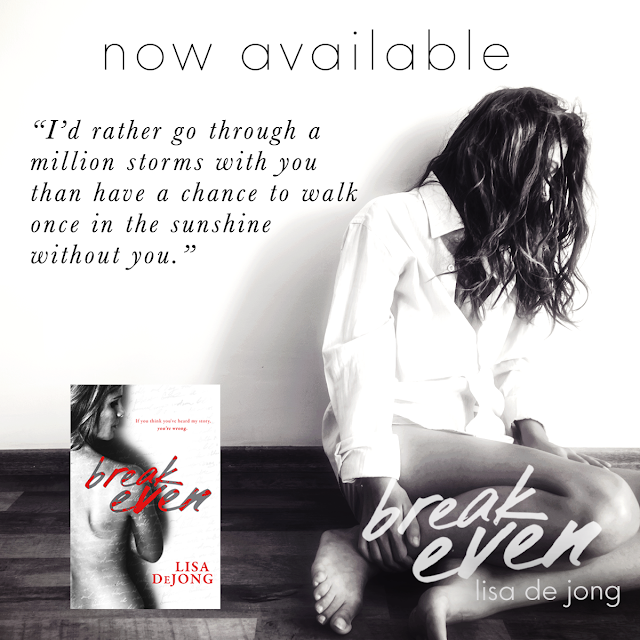 What happens when your stale marriage turns into a stalemate?? A chess game with your husband as an opponent, a HOT client as a knight and you’re the pawn??

Marley and Cole were college sweethearts that are now married and running his deceased father’s firm. Married for four years Marley wants more out of their marriage, including kids, while Cole just wants more of everything EXCEPT Marley.

Enter – a sexy client, River Holtz, who challenges her at every turn. But also comes with his own agenda.

Journey along with Marley as her eyes become completely focused on what is and what could be and all the lies and truths within.

“The internal feelings can’t be suppressed.  River Holtz is far from perfect, but perfection can be found in him.”

““I could say goodbye for hours and still not be ready to leave you,” he whispers against my lips.”
“With something a lot like love, R. Stolz”
“I’d rather go through a million storms with you than have a chance to walk once in the sunshine without you.”

Corinne’s POV on Break Even --I have read every word & book Lisa has written. Her writing is nothing short of amazing.  Whether it is a heart-wrenching read or a darker one she truly is a word weaver. I LOVED “Break Even” and would recommend it ALL day long.     5 Big & Bold STARS!!

“What?” he asks, leaning his elbows on the table.

“This,” I say, gesturing between us, “would never last more than one

The ultra-cocky grin he had on his face the first day I met him in my office is back. “You might think that, but there’s something I know that you haven’t figured out yet.”

He closes some of the space between us. “Every inch of your perfect little body is aching to know what my hands would feel like. Every.

Fucking. Inch. You hold a shield up, thinking it will keep me away, but there’s nothing I don’t see.”

My mouth hangs open. He’s so wrong, but he’s so right. River is unlike anyone I’ve ever met. He’s untouchable—unobtainable—and I’m married. The holes in my marriage have led me to think about things—him—in a way I normally wouldn’t. When Cole touches me, he just doesn’t reach deep enough. It’s left a void. I hate to admit it, but that’s just the way things are.

Before I can come up with a rebuttal, the waitress brings us our plates and sets them in front of us. Staring down, I pretend my salad is the most interesting thing I’ve ever seen. The strawberries and blueberries make it pretty.

“Did I strike a nerve?” he asks, sliding the plate of fries so they’re within my view.

“You’re on every single one of them.”

He laughs sadistically. “But I’m right.”

“You’re wrong. I wouldn’t let you near me even if I were single.” I pick up a piping hot fry and carefully bite into it.

“If you were single, I guarantee I’d have you in my condo naked right now.” 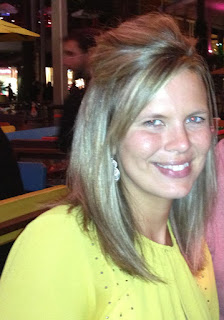 About the Author:
Lisa De Jong is a wife, mother and full-time number cruncher who lives in the Midwest. Her writing journey involved insane amounts of coffee and many nights of very little sleep but she wouldn’t change a thing. She also enjoys reading, football and music. 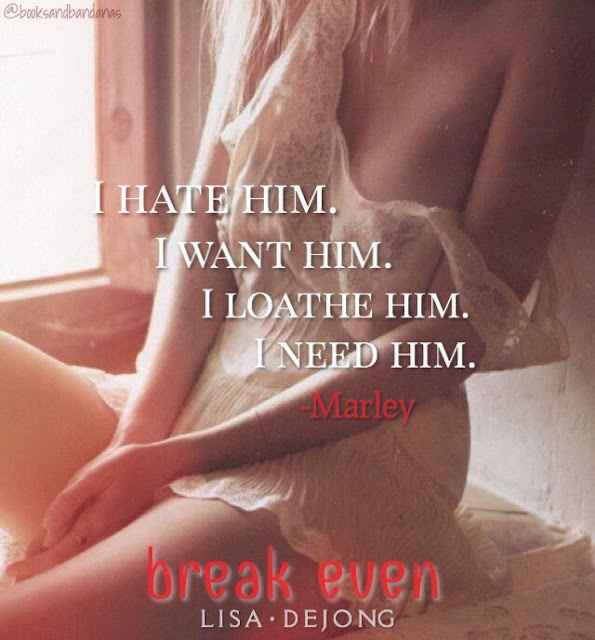