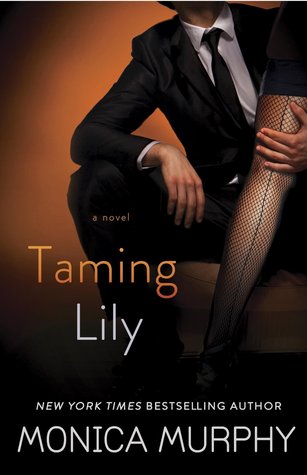 by Monica Murphy
Perfect for fans of Christina Lauren, Emma Chase, and Maya Banks, the anticipated finale in New York Times bestselling author Monica Murphy’s sexy contemporary romance series about three fiery and determined sisters with their own ideas about life and love.

I’m in trouble. Again. And instead of facing my problems head on, I’ve run away. Far away this time, and no one can catch me—not my two younger sisters, Violet and Rose, not my father, my grandmother, or that witch Pilar who wants to take control of my family’s cosmetics company. Now I’m in Hawaii, enjoying the sun and the sand and water, where nobody knows the hot mess known as Lily Fowler. And I’m loving every minute of it.

But someone is watching me. Following me. He’s gorgeous. And soon we’re talking, and against all my instincts, I reveal bits and pieces of myself to Max. It feels good, though I know he can’t be the man for me. These sudden feelings we share are way too complicated, too fraught, too intense.

Then everything explodes and I’m forced to return home. My intentions have always been true, but now everyone’s mad at me. I don’t know who to turn to anymore . . . except to Max. He’s who I want to trust. But I’m not so sure I should. Maybe it’s worth the risk—and what-ifs be damned. . . . 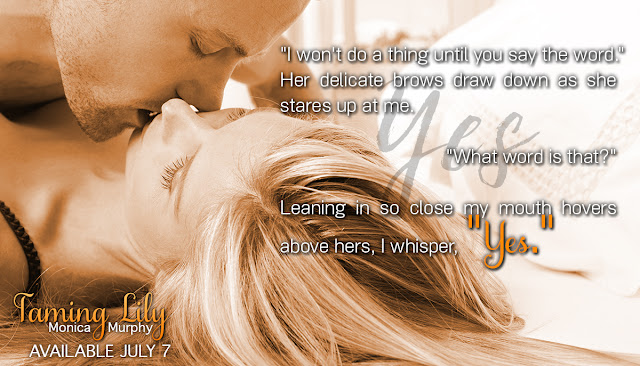 I love this series and I am hoping that the series does not conclude with this book. I want to know more. I want to see what the future holds for the Fowler sisters.  As we have come to expect, there is a guy in this story that has ulterior motives.

We were introduced to the bad girl Lily and she definitely needed taming, but the question is, can she be tamed? Does she want to me tamed? Lily is known as the wild card of the sisters, or at least that is how the media portrays her.  Lily does what she wants, and has no desire to be part of Fleur Cosmetics.

Lily pisses the wrong person off and after doing something to this person, she is on the run. The person she pisses off delivers some threats that scare the living shit out of Lily. So as always, Lily takes off, running from the shit storm she created.

Max was hired to do one thing. Get his hands on Lily Fowler's lap top. His client has given him strict orders, get it, and get home. Max has one goal to do, but somehow he finds himself attracted to the one girl that he shouldn't be. The one girl that is off limits. Lily Fowler. He has rules. Rules that he never breaks. Do not mix business with pleasure. However, he can't seem to stay away from Lily.

After a few days of getting to know Lily, he begins to like her. He doesn't know why his client wants her lap top. He can only assume, there is something damaging on it. Something that could hurt Lily. Max doesn't take orders from anyone and he certainly isn't going to begin taking them from his crazy off the wall client. So when his client becomes irate that he hasn't secured the lap top, they threaten to send someone else to do the job, he begins to fear for Lily's safety.

Lines begin to blur for Max when Lily becomes more than just an assignment. Will be snatch her lap top for his client? Why does his client so desperately want Lily's lap top? What does Lily have on her lap top that is so important? How will Lily react when she finds out who Max really is? When trust is broken, can it be rebuilt?

As we have come to expect, the sex scenes in this series are HOT, and very descriptive.  Max is one that demands control in a situation. Lily is one that never gives control over. How will things play out between the two? Can Lily give control to Max? Will Max give Lily some control? Can Lily be tamed? Will Max be the one to tame Lily?

This is a must read. I am keeping my fingers crossed that the series will not end as it did. I WANT more, as I usually do with Monica Murphy's books. She created a cast of characters that I fell in love with. I want to know what the future holds for Violet and Ryder. How will motherhood be for Rose? Will Lily get her happily ever after? 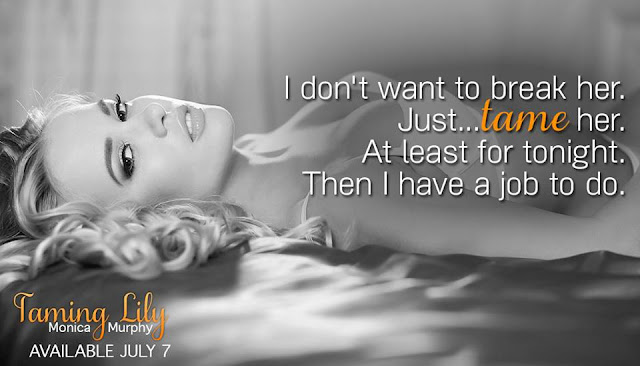 Posted by Naughty and Nice Book Blog at 1:14 PM