MANWHORE + 1  by Katy Evans
EXCERPT
FOUR WEEKS
I’ve never been so hopeful as when I board the pristine glass elevator at the M4 corporate building. A handful of employees ride along with me, murmuring perfunctory greetings to each other and to me. I think my mouth must be on vacation because I can’t seem to force it to speak. But I smile in reply—my smile nervous, nervous but hopeful, definitely hopeful. My riding companions step out on their floors one by one until I’m alone, riding up to the executive floor on my own.
Toward him.
Toward the man I love.
My body is raging. My blood is pumping—my blood is storming—my thighs are shaking. My stomach feels filled with little earthquakes that just won’t quit, then they turn into a full-fledged roil when I hear the elevator ting at his floor.
Stepping out, I’m in corporate nirvana, surrounded by sleek chrome and pristine glass, marble and limestone floors. But I hardly have eyes for anything except the tall and imposing frosted glass doors at the far end of the room.
Framing those doors to each side is a pair of sleek designer desks, for a total of four.
Behind these desks are four women in identical black-and-white suits, sitting behind their gleaming dark-oak desks, working quietly behind their flat-screen computers.
One of them, the forty-year-old Catherine H. Ulysses—right hand of the man who owns every inch of this building—stops what she’s doing when she sees me. She arches her brow, then seems both tense and relieved as she lifts the receiver on her desk and murmurs my name into it.
I. Am. Not. Breathing.
But Catherine doesn’t miss a beat as she motions me toward the huge frosted doors—those intimidating doors—that lead into the lair of the most powerful man in Chicago.
The human being with the most powerful effect on me.
This is what I’ve been waiting for, for four weeks. This is what I wanted when I left a thousand messages on his phones and what I wanted when I wrote a thousand others that I left unsent. To see him.
For him to want to see me.
But as I force myself to step forward, I don’t even know if I’ll have the strength to stand before him and look him in the eye after what I did.
I’m wracked so hard with nervousness and anticipation and hope—yes hope, small but bright, even as I shake like a leaf.
Catherine holds the door open, and I struggle to hold my head high and walk into his office.
Two steps inside I hear the swoosh of the glass door shutting behind me and my systems halt at the familiar sight of the most beautiful office I’ve ever been in.
His office is all vast marble and chrome, twelve-foot ceilings, and endless floor-to-ceiling windows.
And there he is. The center of its axis. The center of my world.
He’s pacing by the window, speaking into a headset in a low, low voice—the kind he uses when he’s pissed. All I can make out are the words have to be dead to let her fall into his clutches …
He hangs up, and as if he feels me in the room, he turns his head. His eyes flare when he sees me. His green eyes.
His achingly familiar, beautiful green eyes.
He inhales, very slowly, his chest expanding, his hands curling a little at his sides as he looks at me.
I look back at him.
Malcolm Kyle Preston Logan Saint.
I just walked into the eye of the most powerful storm of my life. No. Not a storm. A hurricane.
Four weeks, I haven’t seen him. And he still looks exactly as I remember. Larger than life, and more irresistible than ever.
His striking face is perfectly shaven today, and his sensual lips look so achingly full I can almost feel them against mine. Six-feet-plus of perfectly controlled male power stand before me, in a perfect black suit and a killer tie. He’s the very devil in Armani; strong-boned, square-jawed, gleaming dark hair and those penetrating eyes.
He’s got the best eyes.
They twinkle mercilessly when he teases me, and when he doesn’t tease me, they’re mysterious and unreadable, assessing and intelligent, keeping me guessing about his thoughts.
But I had forgotten how cold those eyes used to be. Green arctic ice looks back at me now. Every fleck of ice in those eyes gleaming like diamond shards.
He clenches his jaw and tosses the headset aside.
He looks as approachable as a wall, his shoulders stretching his white shirt, which clings to his skin like a groupie. But I know he’s not a wall; I’ve never wanted to throw myself at a wall like this.
He’s walking towards me. Every step he takes makes my heart pound as he moves with that quiet and confident own-the-world stride of his.
He stops a few feet away and shoves his hands into his pants pockets; and he seems so big all of a sudden, and he smells so utterly good. I drop my eyes to his tie as the little candle of hope I walked in with starts to flicker with doubt. 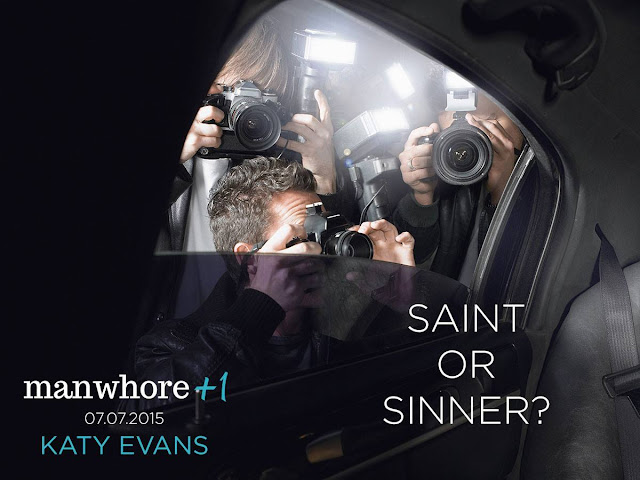 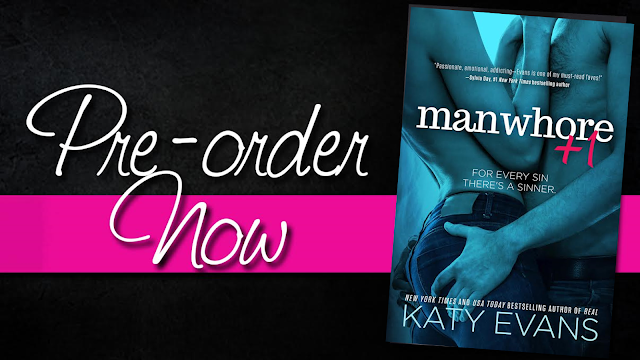 For every sin there is a sinner!
Manwhore + 1 is now available for pre-order
at the following retailers:


PRE-ORDER SURPRISE!
Submit your proof of pre-order and get an early peek at Ms. Manwhore, the last of Saint and Rachel's passionate love story.
Click here to enter: http://www.katyevans.net/pre-order-bonus/ 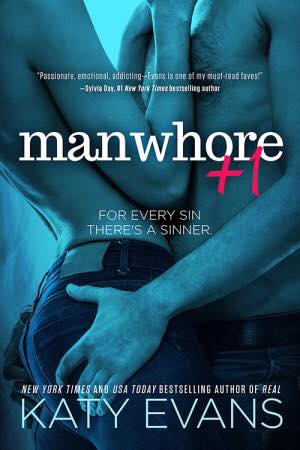 Blurb
The unexpected love story that began in MANWHORE continues heating up the pages in MANWHORE +1 by New York Times bestselling author Katy Evans...
Billionaire playboy? Check.
Ruthless businessman? Check.
Absolutely sinful? Check.
Malcolm Saint was an assignment. A story. A beautiful, difficult man I was supposed to uncover for a racy exposé.
I intended to reveal him, his secrets, his lifestyle--not let him reveal me. But my head was overtaken by my heart and suddenly nothing could stop me from falling. I fell for him, and I fell hard.
Malcolm Saint is absolute Sin, and I've become a hopeless Sinner.
Now that the assignment is over, Saint wants something from me--something unexpected--and I want this wicked playboy's heart. But how can I prove to the man who trusts no one that I'm worthy of becoming his plus one? 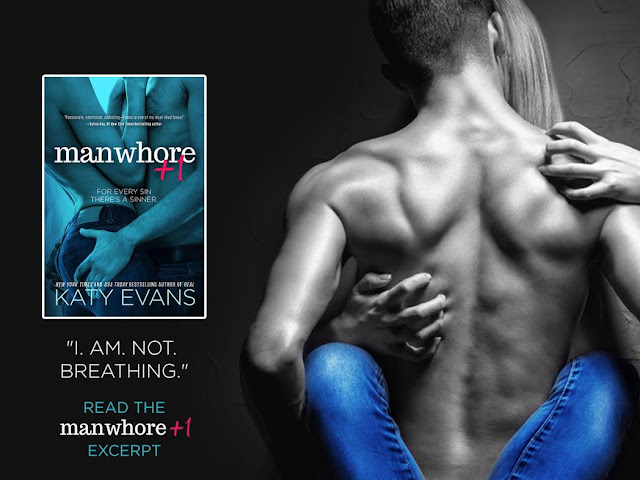 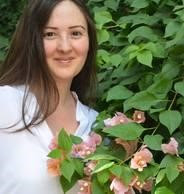 
Hey! I’m Katy Evans and I love family, books, life, and love. I’m married with two children and three dogs and spend my time baking, walking, writing, reading, and taking care of my family. Thank you for spending your time with me and picking up my story. I hope you had an amazing time with it, like I did. If you’d like to know more about books in progress, look me up on the Internet, I’d love to hear from you!