Release Blitz ~ The Consequence of Revenge by Rachel Van Dyken 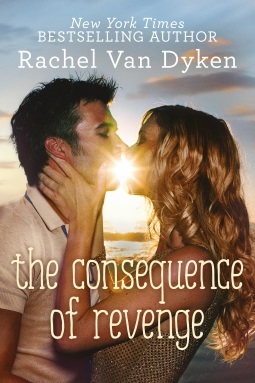 After losing his best friend to another guy, the notoriously too-confident Max Emory suddenly feels lost. He may have devastatingly good looks, an abundance of charm, and a claim to one of the biggest hotel empires around, but he has no ambition anymore. So when his fed-up friends decide they’ve had enough of his moping, they sign him up to be the next bachelor on the reality series Love Island. And between his pride and his forged signature on an ironclad contract, Max just can’t say no. Now he’s stranded in paradise with twenty-four women, oneterrifying goat, and Becca, the breathtaking barista who already turned him down back home. The closer Max gets to Becca, the more determined he becomes to win her over. As she gets to know him better, things start heating up. But is Becca really after Max’s heart—or is she after the cash prize she could claim once the cameras stop rolling? 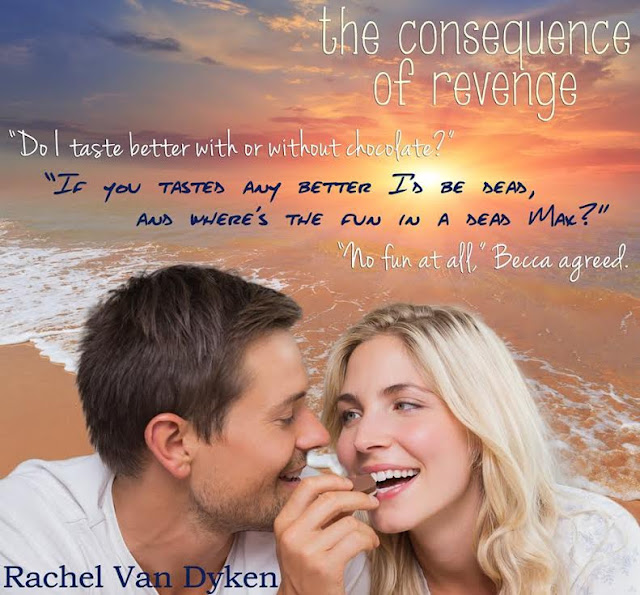 “Feminine,” she snapped. “Yup, that’s the word. And Max, I mean that in the nicest way possible.”

“You mean . . .” I licked my lips, then slapped the water. “In the kindest way you can possibly say it, ‘Oh, look, Max has boobs’? Or you mean it in the way that says I lack the proper sexual magnetism to get your engine going?”

Becca rolled her eyes. “Hey, I didn’t come here to fight. I was just going to go over our date for tomorrow without the watchful eyes of Big Brother.”

“Hmm.” She was looking down at her feet. So I did what any desperate man who’d just been insulted in the worst way possible would do. I grabbed her feet, dragged her into the water, creating a huge splash, and then, when her head popped up for air, I gave her something else.

Kissing Becca could become a very nice, very addicting . . . pastime. Her lips were soft, pliant, but her hands were beating against my chest. Ah, classic move. Listen up, men: women fight us because they’re expected to. They have to put up the fight so they don’t come off as easy. So the next time a girl hits you in the chest, go with it, kiss her harder. It just means she wants more, especially when her chest is heaving and her tongue is doing . . . that. Yeah, exactly. Oh. Hell. Damn. Kill me now. When her tongue is doing that? Becca’s tongue pushed against mine and then she sucked.

I felt said sucking all the way through my body.

When she stopped fighting me, I wrapped my arms around her neck, pulling her as close against me as I could, and then pulled away.

Her eyes furrowed with confusion as she tried to lean forward.

I pulled back again, and swam her over to the ladder.

“Thanks, Becca,” I whispered. “I needed a little motivation.”

“Game on.” I helped her up and followed. “And by the way . . .” I grabbed her hands and moved her flat palms from my chest all the way down to my waist. “I’m anything but feminine. Have a good night.” As I walked away, I did what any sane man would do. I paused so she could get her fill and realize that yes, I was, in fact, still naked. And when I heard her gasp, I turned around and saluted her in more ways than one. 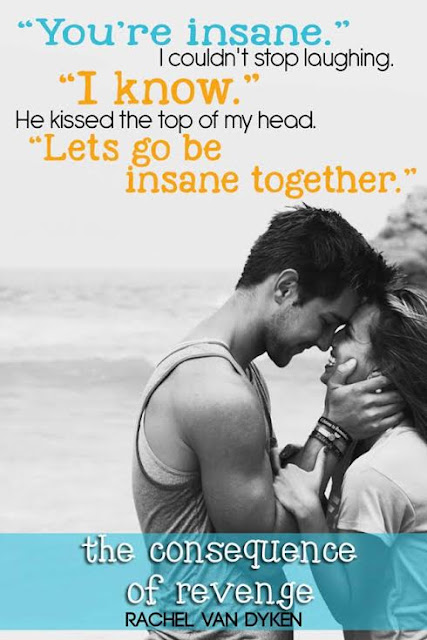 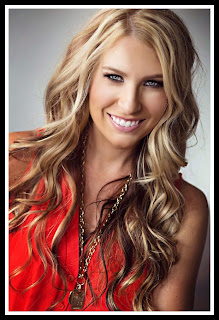 Rachel Van Dyken is the New York Times, Wall Street Journal, and USA Today Bestselling author of regency and contemporary romances. When she's not writing you can find her drinking coffee at Starbucks and plotting her next book while watching The Bachelor. She keeps her home in Idaho with her Husband, adorable son, and two snoring boxers! She loves to hear from readers! Want to be kept up to date on new releases?

Text MAFIA to 66866! You can connect with her on Facebook www.facebook.com/rachelvandyken or join her fan group Rachel's New Rockin Readers. Her website is www.rachelvandykenauthor.com