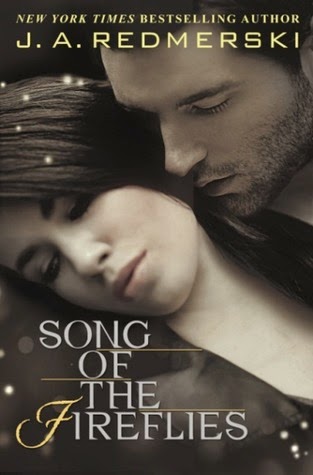 THE TRUTH WILL SET THEM FREE

Brayelle Bates has always been a force of nature. Even as a child, Bray's wild and carefree spirit intimidated everyone around her. The only person who's ever truly understood her is her best friend, Elias Kline. Though every fiber of her being wants to stay with Elias forever, Bray can't bear the thought of him discovering her agonizing history. She's done everything she can to keep him at arm's length, including moving away. But their undying bond was too strong a pull to deny, and Bray couldn't survive without him. Now she's back home with Elias, and things have never felt more right--until one night changes everything.

Elias vowed never to be separated from Bray again. So when she decides to flee in a desperate attempt to escape her fate, Elias knows he must go with her. As the two try to make the most of their circumstance, taking up with a reckless group of new friends, Elias soon realizes there's a darkness driving Bray he can't ignore. Now in order to save her, he'll have to convince Bray to accept the consequences of their reality--even if it means losing her.

When I made my way back to the top, I found Bray wasn’t sitting near the edge of the ridge where I had left her I moved farther out into the clearing with our blankets draped over one shoulder.

“Bray?” I said, looking around.

I brushed it off for a second, thinking she was probably just taking a piss behind a tree somewhere, and I set our blankets on the ground.

But then I got a sinking feeling in the pit of my stomach.

I walked quickly toward the edge and looked over. My heart started to bang against my rib cage. I peered down as far as my sight could penetrate the darkness, but took a step back upon realizing that if she had fallen there was no way I’d be able to see from way up here.
She had to be somewhere around close by. She had to be.

Panic set in quickly. I stood there as still and as quiet as I could for several long seconds in case she was coming through the woods, but I heard nothing. I arranged both hands around my mouth and shouted, “BRAY!” and my voice echoed through the wide-open space. But still nothing. I felt sick to my stomach. She wouldn’t have left like that way out here. And if she did, I would’ve seen her on the path coming down as I was making my way back up.
I ran toward the tree line, searching for any sign of her, for another path she might have taken. I refused to believe that she had fallen off the edge.

Just as I noticed another path through the woods that seemed to head south and I started to go toward it, I heard footfalls in the leaves. I didn’t wait to see if it was her, I ran blindly straight into the woods. A skinny branch slapped me across the forehead on my way, but I didn’t stop.

Bray and I nearly crashed into each other.

“Shit, baby! Where the hell did you go? Scared the hell out of me!” I started to pull her into a hug, but something about her was off and I stopped. She didn’t respond or even raise her head to look at me.

“Are you all right?”

I took her hands into mine. Hers were shaking. Her whole body was shaking.

I cupped her face in my palms and raised her head so that she’d look at me. She was crying, and something in her eyes…I couldn’t place it, but it haunted me. I wondered if she even knew I was standing right in front of her. Her hair was messy, with pieces of leaves stuck within a mass of strands. Dirt was smeared across her left cheek. She looked like she’d been in a fight.

I touched her split lip, where a thin line of blood glistened near the corner. “Bray, you’re scaring me. What happened to you?” I shook her gently and then more aggressively when she still didn’t respond. “What happened? Talk to me!”

Her lips trembled and more tears seeped from the corners of her eyes. And then as if a floodgate had been opened, she started screaming through her tears, “It was my fault! Elias! Oh my God!”

"What happened?” I roared, scared for her and for myself, my heart about to burst through my chest.


REVIEW:
What do you do when they one you love, has the power to hurt you the most?  Bray and Elias have been best friends since childhood. After meeting one afternoon while at the park with their parents, they two of them hit it off immediately.  Yeah, at first, the two 9 year olds were teasing and bickering with each other as any child would do.  But there was something different about Bray, that drew Elias to her. As the two grew up, they became best friends, they were inseparable.
As Elias and Bray grow up, the two fall in love with each other.  The two of them have been in love with each other for years, but both feared to act on their feelings.  Elias has always accepted Bray for the way she is. Her spontaneity and her fierce attitude are just some of the things that Elias loves about Bray. Bray is in love with Elias, but she won't admit her feelings because she is afraid if a relationship between the two of them fails, she will lose her best friend.  Elias has been the only person in Bray's life that has always been there for her, Elias has always accepted Bray for who she is.  Bray is not good with people or with relationships.When the two finally admit that they are in love with each other and they want to give a relationship a go, Elias can immediately see the wall that Bray is putting up.  Bray is afraid to tell Elias something that may change his perspective of her.  No matter what Bray could have told Elias, it would not have changed that she was the love of his life.  Bray was it for Elias. She held his heart and it was hers to keep.  So when an accident occurs and Bray in involved, Elias will do everything in his will power to stay with Bray and keep her safe, even if he knows that what they are about to do, is going to be the biggest mistake either of them will make.
Elias and Bray do not have it easy.  Things are tough for the two of them.  Over the course of a few weeks, the two are faced with decisions that will effect their lives.  Love makes you do things that you may ordinarily never do.  When the one you love is in trouble, most likely you will try and do what you can to help them, even if you may end up in trouble yourself. This is what happens with Bray and Elias.  Elias knows that Bray needs to do, but convincing Bray will be a task that Elias may not be able to do.
The love that Bray and Elias have is undeniable.  It was evident from the beginning of the story that they two of them had a bond, that they were soul mates.  No matter how much time had passed between the two of them, they were meant to be together.  Their hearts knew what they wanted, if just took Bray's head a little longer to realize that.  She needed to realize that Elias accepted her for the person that she was, flaws and all.  He loved her unconditionally.  So when Bray finally finds the courage to tell Elias her secret, it was heart warming to see how much Elias truly loved Bray.
I wasn't sure what to expect with this novel.  Especially knowing that it was a spin off from The Edge of Never series.  I have to say, that I was very pleased with this book and I connected with the characters.  I am not saying that I agree with how Bray handled some situations, but I loved the connection that the two of them had.
This review was prepared by Heather.  I received a copy of this book from the publisher in exchange for an honest review. 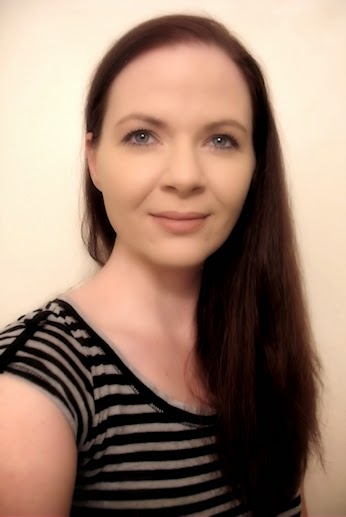 J. A. Redmerski, New York Times, USA Today andWall Street Journal bestselling author lives in North Little Rock, Arkansas with her three children, two cats and a Maltese. She is a lover of television and books that push boundaries and is a huge fan of AMC's The Walking Dead. 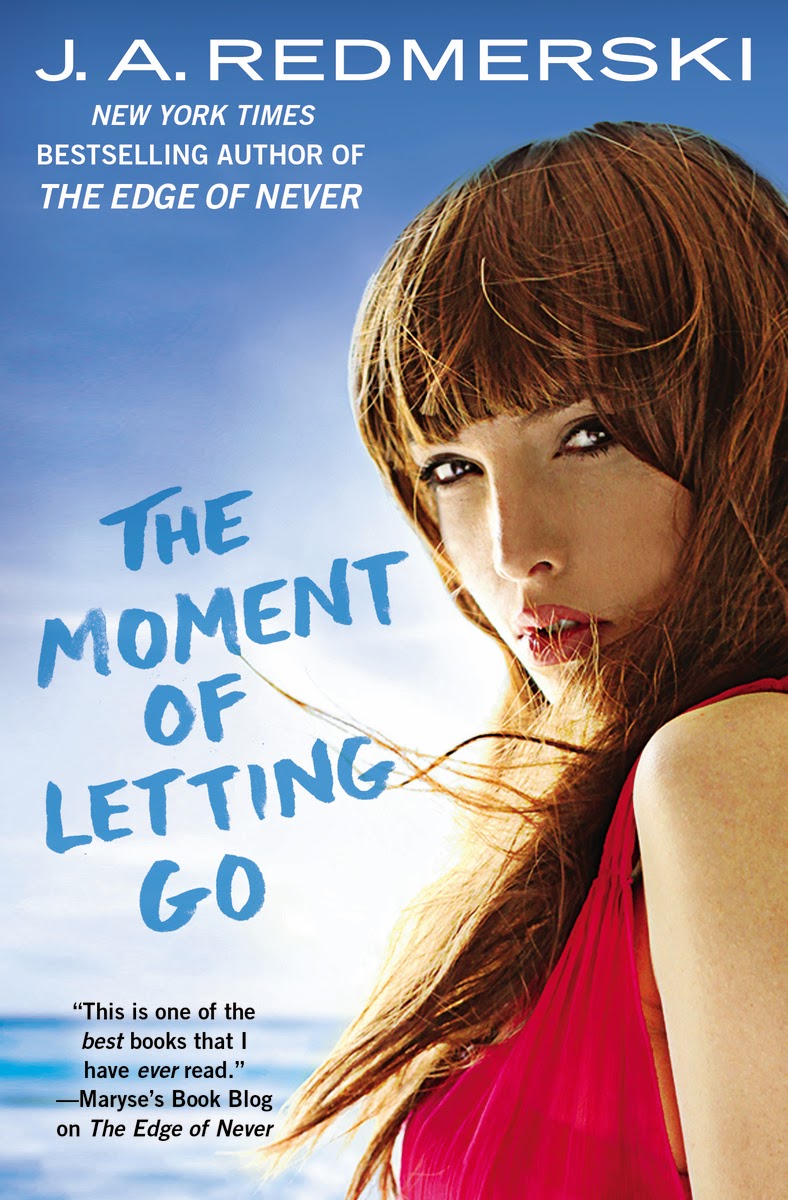 New York Times, USA Today, and Wall Street Journal bestselling author J. A. Redmerski brings us a heart-wrenching, stand-alone new adult novel that fans of her blockbuster The Edge of Never are sure to fall in love with.

In THE MOMENT OF LETTING GO Sienna Murphy finally lands her dream job. It's everything she's ever wanted...or so she thought. When she's sent on a business trip to Hawaii, she meets Luke Everett, a guy who makes her want to forget all her responsibilities and give in to the promise of all the happiness they could have together. As their passion grows, Luke makes Sienna start to question whether the carefully constructed life she leads is really as perfect as it seems.

He kisses me passionately for three brief seconds, his hands gripping the sides of my face, and we’re both breathless when he says, “I wanted to tell you about Landon. I wanted to tell you a lot of things, but I knew you had to go home and none of it would’ve mattered.”

I touch his lips with two of my fingers. “You can tell me whenever you’re ready. I’m here to listen, and I’m not going anywhere. There’s nothing you can say to scare me away. I won’t leave again unless it’s what you want. I still have four days left of my vacation and I want to spend them with you.”

“What about after that?”

He gazes into my eyes, searching for something, I could never know what, but I think he finds it because his lips smash against mine and he kisses me hungrily. I feel my body being lifted into the air, my legs wrapped around his waist, and the air in the room hitting me as he carries me quickly through it, never breaking the kiss. In seconds I feel the comfort of his bed beneath my back and his lumpy pillows I missed so much, around my head.

We strip off each other’s clothes clumsily and Luke is on top of me before I can even catch my breath. But I don’t need my breath when I have his, and his kiss is deep and forceful and it alone makes my body dizzy with need.