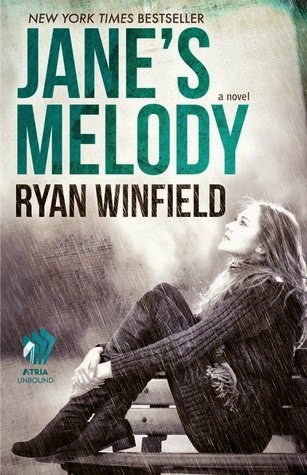 What boundaries would you cross for true love?

That's the question a grieving mother must answer when she takes in a young street musician she believes can shed light on her daughter's death—only to find herself falling for him. A sexy but touching love story that will leave you both tantalized and in tears, Jane's Melody follows a forty-year-old woman on a romantic journey of rediscovery after years of struggling alone.

Sometimes our greatest gifts come from our greatest pain. And now Jane must decide if it's too late for her to start over, or if true love really knows no limits.

Does LOVE know an age limit?  Does age really play a part on who we love, who we are drawn to?  When I first started reading Jane's Melody, I wasn't sure what to expect.  I had heard some buzz about this book, so I decided to purchase it.

Jane McKinney is grieving the loss of her daughter, Melody.  Jane and her daughter did not have a close relationship because her daughter had an addiction and pushed all those that loved her away. While Jane is approaching her daughter's graveside, she notices a young man is already at the site.  When the man notices Jane's watchful eye, he leaves immediately. Jane notices that he left behind a silver dollar before he leaves.  Jane is taken back by this.  She is trying to piece together all she can about who her daughter was.  Was she happy when she died?  Did she have friends, was she in a relationship, how did this young man know her daughter?  There were a million questions running through Jane's mind.  Jane is struggling with guilt of not being there for her daughter, but Melody opted not to have a relationship with her family.

Fate somehow plays a role in leading Jane to the young man who was visiting her daughter's graveside, who is a young street musician named Caleb Cummings.  Jane is immediately drawn to Caleb.  Is is just because she wants to pick his brain on what he can tell her about Melody?  At first, I think it was, but then things somehow change.  Jane is a VERY nurturing individual, I think she always feels the need to help others.  When Caleb takes Jane up on an offer, their relationship seems to change.  There is a significant age difference between Jane and Caleb, but will that stop them from exploring each other?  Will their age be a factor in their relationship?  Jane has been alone for so long, can she open herself up to Caleb?  Is Caleb looking for a relationship?  Can Jane get past Caleb's age?

Caleb and Jane found each other when they both needed a companion.  The death of Jane's daughter somehow brought Caleb into her life.   When I finished reading this novel, I felt as though Melody led Caleb to her mother, Jane.  Even though Melody and Jane were estranged from each other for a few years, her death brought Caleb to Jane. Caleb brought light to Jane's life, he made Jane happy.  The only question is, can Jane see past Caleb's age. Will her insecurities push Caleb away?

Caleb has dreams of his own.  Will Jane support Caleb's dreams?  Will Caleb pursue his dreams now that he has Jane in his life?  Is there a future for Jane and Caleb?

At first I thought the age difference would bother me, but after seeing how mature Caleb was, it didn't.  Caleb's emotions were worn on his sleeve.  He always said what he wanted and acted on his feelings.  I really enjoyed reading this book and I look forward to seeing what is in store for Jane and Caleb. 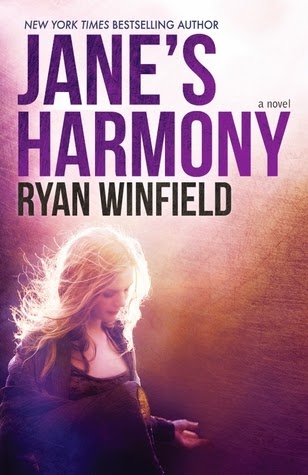 SYNOPSIS:
Starting over is hard to do.That’s what forty-year-old Jane McKinney learns when she quits her job, sells her home, and leaves Seattle behind to start a new life and pursue the man she loves in Austin. After the death of her daughter, Melody, Jane never thought she would find happiness again – until she met Caleb Cummings. Sensitive, loving, and mature beyond his years, Caleb is a handsome young musician struggling to make ends meet. But when his fortunes take an unexpected and drastic turn for the better, Jane is left wondering where exactly she fits in.Can you ever leave the past behind? Jane must now decide if she really is willing to commit to a new beginning with Caleb – or if some wounds are just too deep to ever truly mend.

In Jane's Harmony, Jane is starting over.  She is following her heart and going after the man she loves.  The man she forced from her home so he could pursue his dreams.  But was that truly the only reason why pushed Caleb away? When Jane decides to follow the man she loves after she pushes him away, will he welcome her with open arms?  Will Caleb be so forgiving when Jane arrives in Austin?  Can Caleb forgive Jane for pushing him away?  It appears that Jane and Caleb are both all for second chances at life, so will they give each other a second chance?

Caleb could do no wrong in my eyes.  He loved Jane with all of his heart. When Caleb is giving the opportunity to pursue his music career, his first thought was Jane.  Caleb always put Jane's needs before his own.   There is one specific scene in this book, where Caleb held my heart in his hand.  He is truly a romantic and is wide beyond his years.

In my opinion, Jane likes things a certain way.  I won't go so far as to say that she is controlling, but she likes things her way.  At times while reading Jane's Harmony, I was frustrated with Jane.  I felt as though she wanted to love Caleb for who is was, but in ways she was trying to conform him to her ways.  Caleb lived life in a free spirited way, whereas, Jane needed an outline for life.  She was accustomed to certain things and a certain lifestyle and at times, I felt as though she was trying to mother Caleb, rather than love him as her equal.  I never doubted her love for Caleb, but sometimes I didn't like how I felt she was trying to change him to fit her needs.

I enjoyed Jane's Harmony.  I loved seeing Caleb and Jane's relationship develop before my eyes.  It was refreshing to see Jane comfortable within her own skin and confident in the woman that she was.  She never doubted Caleb's love for her, even when their relationship might not have been portrayed the way it was.  The two of them knew their love for each other and stayed true to themselves.

Posted by Naughty and Nice Book Blog at 7:16 PM