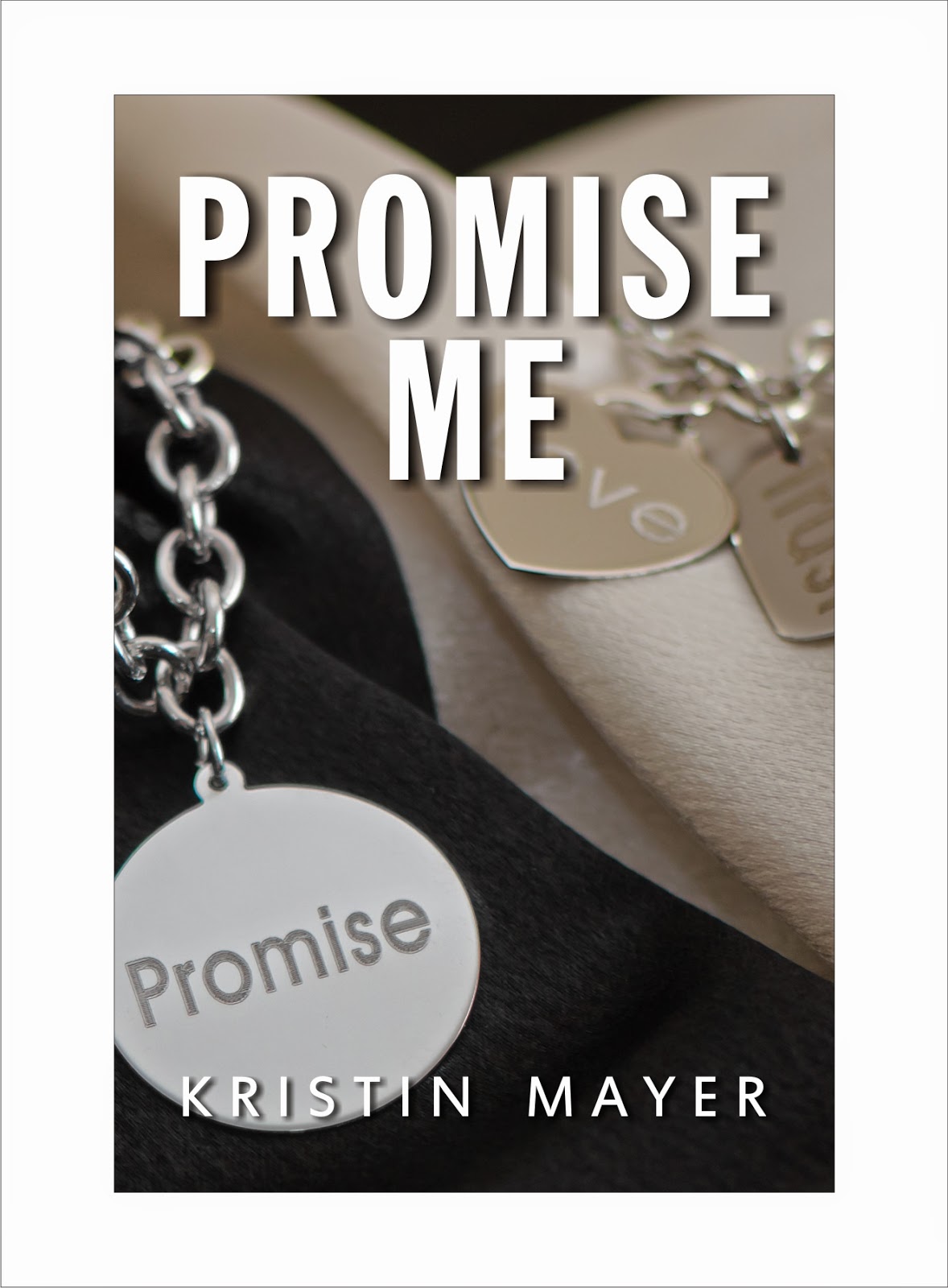 With her best friend happily married and now pregnant, Sam Matthews should be overjoyed. Instead, she can only see what is missing in her life. Pushing her emotions aside, she retreats to a piece of her past that she’s kept hidden, something that even her best friend knows nothing about.

Taking a step into her future, Sam moves to North Carolina where she once again encounters Mark Robertson. He is persistent and hard to resist, and little by little, he uses his charms to break through Sam’s walls.

As Sam starts to open her heart to Mark, she convinces herself that the past should stay in the past. But when her past creeps into the present, her secrets could cost her every hope and happiness in her future.

Promise Me is the third book in the Trust Series.​ 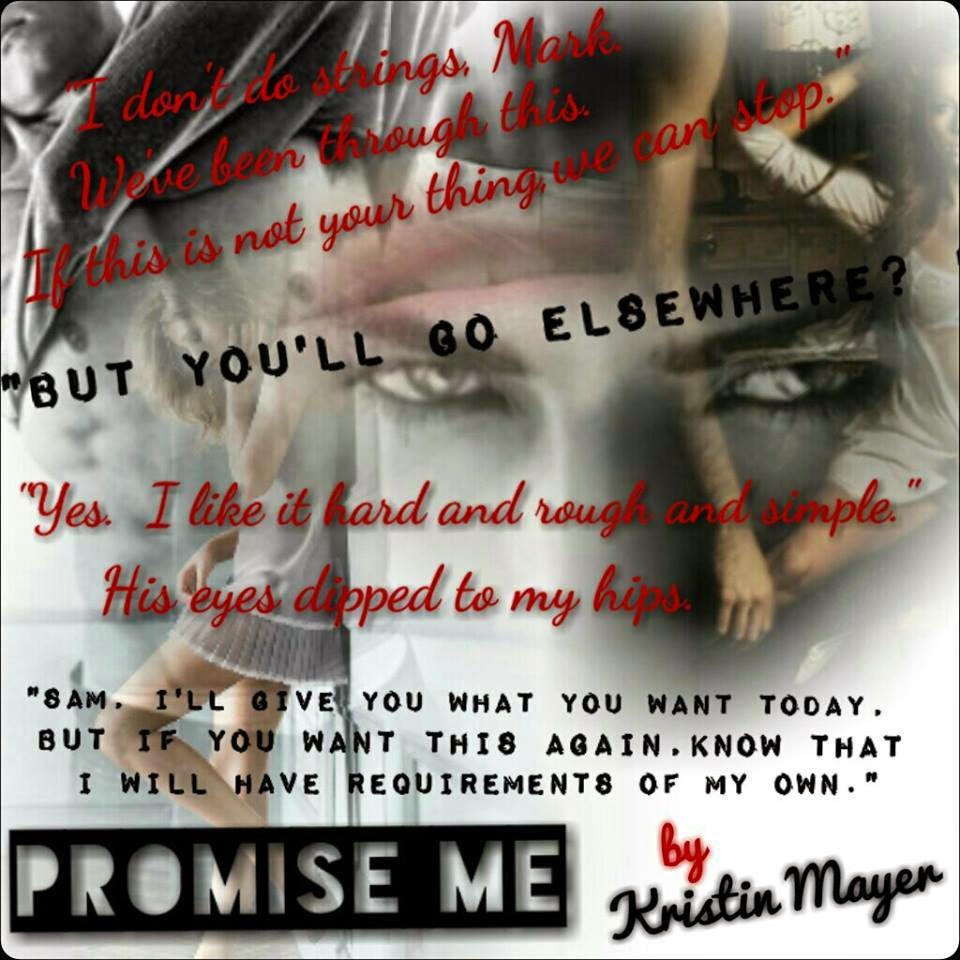 After I walked up to him, he reached out his hand and led us silently to the side door of the building. The front half of Club Envy was a bar, and most patrons had no idea what went on behind the brick wall where the sex club was.

Right as we entered Adam’s office, he turned to me. “Kitty Cat, how rough do you want it tonight?”

Licking my lips, I leaned up on my toes and then ran my tongue across his earlobe. “I want it rough and hard. I want to be fucked ten ways to Sunday against that wall. I want to forget. Do you think you can handle that?”

I bit his earlobe, and he growled.

Grabbing my hips, he pushed me against the wall and devoured my mouth. “What do you need,

He lifted my shirt, and seeing me braless, he groaned in approval. He sucked my nipple so hard that I knew I would be bruised tomorrow. I threw my head back in pleasure from the pain. 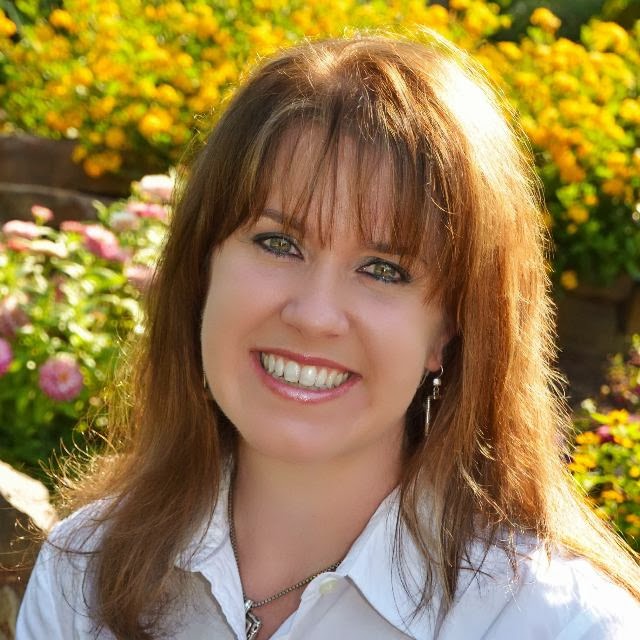 Kristin Mayer is a wife, a proud mother, and a full-time Analyst and Import Manager. Since an early age, she has always enjoyed reading and writing. While visiting her father one weekend, he suggested that she should take up writing again. With family and a career, she didn’t give it a lot of thought, until a story entered her mind and wouldn’t leave. It just kept forming and developing over a couple of months.

At the beginning of 2013, she decided to sit down and write it all down, but she kept it to herself. One sentence developed into two, and before she knew it, she had the makings of a novel.

Kristin tries to live life to the fullest during every moment. She loves to travel and meet new people. She holds a degree in International Business and uses it daily in her job. Kristin now adds “author” on her list of jobs, and feels very blessed and thankful. 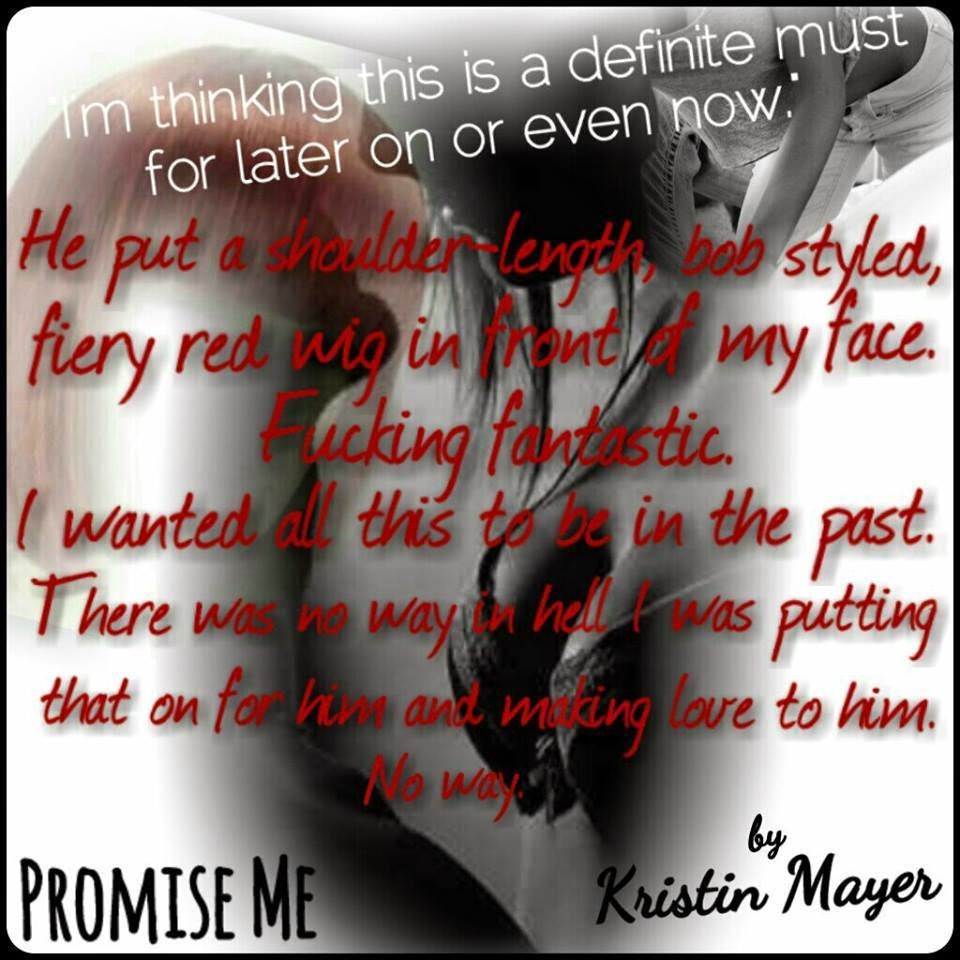 a Rafflecopter giveaway
Posted by Book Plug Promotions at 6:00 AM