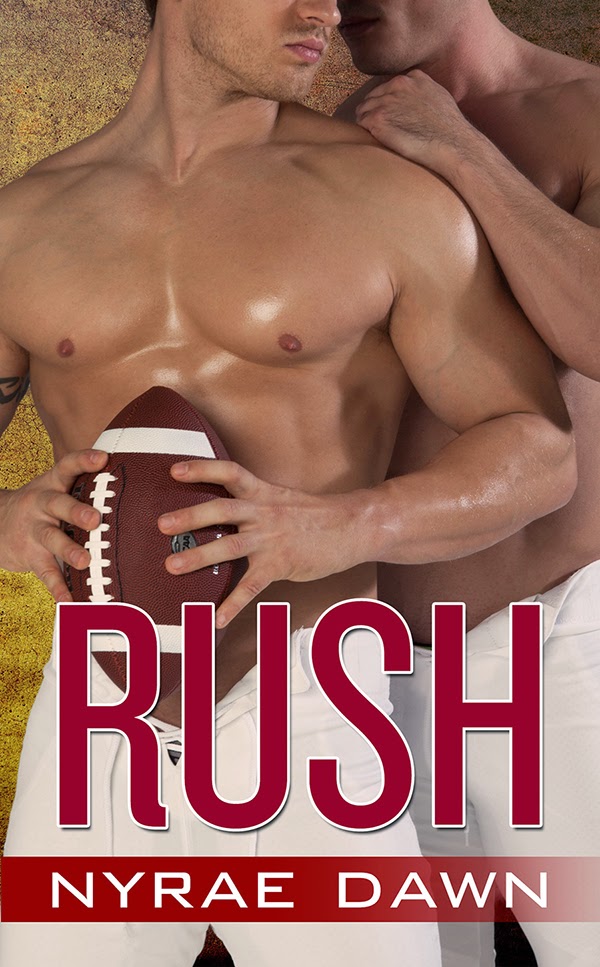 Brandon Chase has always defined himself by one thing: football. Tough and athletic, he is a great college player who enjoys the hard hits and the sweaty grind of the gridiron. But when Brandon is injured, only one person can help him get back on track-a forbidden love he's desperately tried to put behind him.

Alec Andrews has never quite forgiven Brandon for walking away when their friendship turned into something more. But he can't deny help to one of his closest friends. As the two spend the long, hot summer working together, their old attraction comes flooding back.

Now as Alec thinks about coming out to his conservative family and Brandon considers revealing he's a gay football player, the two men must be strong to fight for a love that could be the greatest rush of their lives.

What would you do if you weren’t free to show the love you feel, not because the one you love loves someone else or doesn’t love you in return, but because the person you love happens to be the same gender, and there’s a very vocal pocket of society that wants you to keep your love locked in the closet?

Nyrae wrote such a touching rendition of a love story. Brandon and Alec are young teenagers when they meet for the first time. Neither have ever had a relationship with another boy, but they know they are drawn to each other. They get to spend four summers together during Brandon’s family summer vacation to Lakeland Village, but it’s always in secret. Alec’s father is a class A homophobe and Brandon is on his way to playing college football. Neither of them is comfortable coming out of the closet. But in spite of all of the reasons they shouldn’t love each other, they do. And, that love never diminishes, even when their relationship ends.

Both Brandon and Alec are heartbroken. Neither is living a full life, merely trying to make it through the day. However, when the phone call comes that Brandon needs him Alec doesn’t hesitate. He is going to be there for the man he loves, even if it is only as a friend. Sometimes when you’re tired of fighting you give up, but other times you finally decide that if you’re going to have to fight, you might as well have what you’re fighting for beside you.

Rush is so emotional. You will feel for Brandon and Alec. You’ll feel their pain and the brief moments of contentment. This book is such a great story about love. There’s a little heat to it, but that isn’t the focus. If you can walk away from this book and not feeling the love these Brandon and Alec share on the page, I would be shocked.

There were so many times when we were teenagers where we snuck to places just like this. We’d slip off into the woods to find a spot and we’d talk and then kiss and it was so different than the girl’s I’d done the same thing with. Our shirts would come off and our bodies matched in so many ways and felt so right against each other.
He’d touch me and I’d touch him though we were too stupid and scared to try without clothes between us. I don’t want to be stupid anymore.
“You’re fucking killing me here. You just told me last night you’re still pissed at me. I don’t want to screw-up with you. Not anymore. I’m scared as hell to do the wrong thing.”
I take a step toward him. Then another. It’s all Brandon needs and then he’s coming toward me and backing me against the car. The metal is hot on my back but the sting doesn’t touch the need rushing through me. 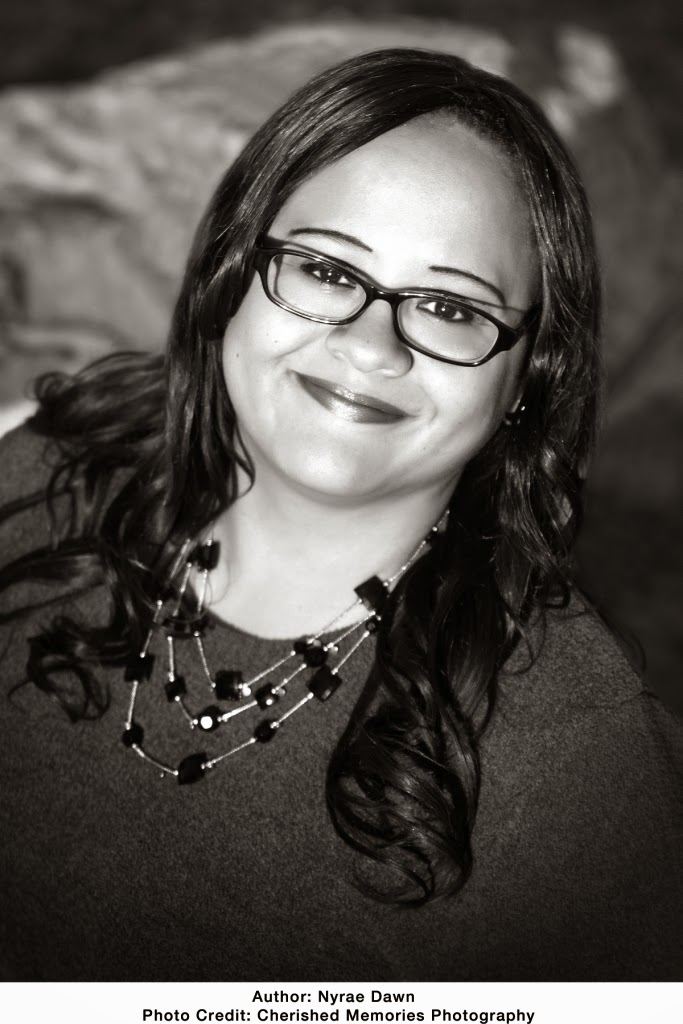 Writing has always been Nyrae Dawn's passion. Nyrae gravitates toward character-driven stories. She loves going on emotional journeys with characters whether it be reading or writing. And yes, she's a total romantic at heart and proud.

Nyrae resides in sunny Southern California with her husband (who still makes her swoon) and her two awesome kids.

When she's not with her family, you can be pretty sure you'll find her with a book in her hand or her laptop and an open document in front of her. Nyrae also writes adult romance under the name Kelley Vitollo.