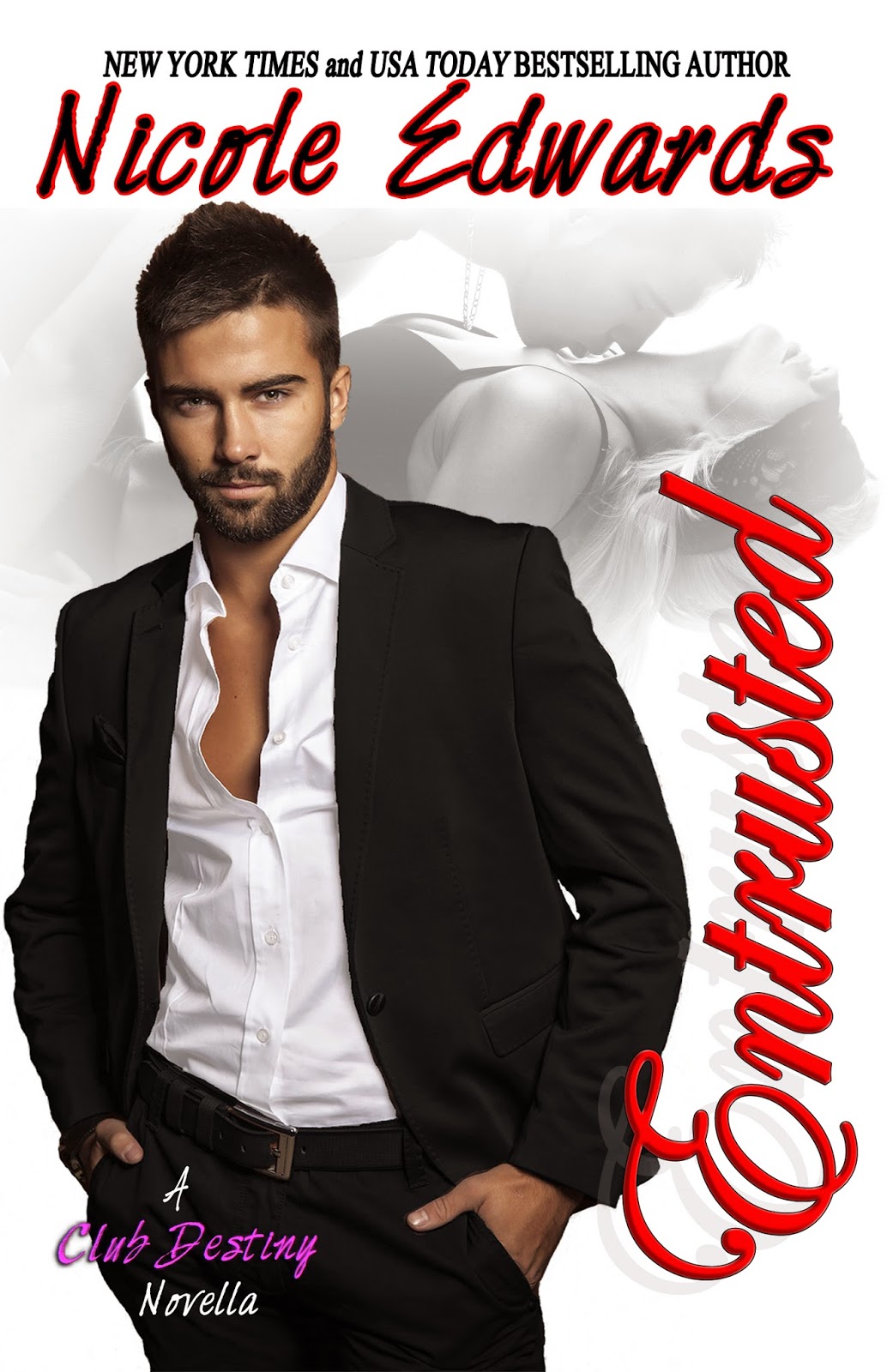 Entrusted, Club Destiny #6.5, is a Novella for Sam and Logan. It does follow Perception in the time line of the Club Destiny Series.

And looking for a polyamorous relationship.
It has been four years since his wife died, but Elijah knows that there will never be another woman who will claim his heart and he isn’t willing to replace her. He isn’t interested in marriage, but he is interested in something with a future.

And looking for a polyamorous relationship.

Logan and Samantha spent the last year and a half avoiding a very specific desire that neither of them can quite let go of. They aren’t interested in a casual fling with a stranger, so they’ve been holding back.

Is it possible that the three of them have stumbled upon something that just might be the answer to all of their desires?

As many of you know May is National Mental Health Awareness month. Last year Nicole Edwards had honor of being invited by Denise Milano Sprung to team up with the Keith Milano Memorial Fund ( http://www.keithmilanomemorialfund.org/  ,https://www.facebook.com/keithamilano ) a fantastic organization that brings awareness to Mental Health issues, education, and support through the American Foundation for Suicide Prevention.

Nicole lives in Texas with her husband, Colt, three kids and four dogs. It's quite the household and most of the time you'll find her locked away in her office... writing. When she's not, you'll likely find her reading, swimming, or hanging out in the yard with the dogs, doing her best to keep them in line. (And no, it doesn't usually work)

Ok, I've been asked to provide a little bit of "real" information about myself. That's harder to do than you think it is, especially for someone who has difficulty talking about themselves. ;) But, here goes...

I've been writing for as long as I can remember. Ever since I was a kid, I loved creative writing and as I got older, I got acquainted with those voices in my head and that led to putting my stories on paper. And now, here I am all these years later, spending my days doing what I love most. I decided to give myself over to writing full time in 2012 and I haven't looked back. I spent nearly 13 years in the corporate world and I have to say, this is a bit of a change (just a little) and I am loving every second of it.

I live in Texas with my husband and three amazing kids and our four beloved dogs. If I'm not writing, I'm usually reading. I devour everything I can get my hands on. I love romance of any type and being an Indie author myself, I'm always looking for new Indies to support. I haven't always been into reading, but about eleven years ago, I picked up a book - I'm pretty sure it was by Nora Roberts - and from there, I haven't stopped. Before I began writing full time, and my characters started taking up so much of my time, I was reading about 200 books a year. That has dwindled somewhat, but there isn't a day that goes by that I don't read.

An interesting fact... I don't watch television - aside from the occasional news anyway. I will go see a movie or two rarely, but for the most part, I get all of my entertainment from a book. Some of my favorite authors include J.R. Ward, Suzanne Brockmann, Lora Leigh, Jane Rylon, Lori Foster, and Jaci Burton just to name a few.