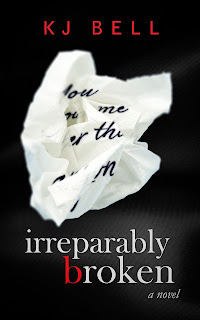 Appearances are not always reality…

That’s what twenty-year old Tori discovers when she moves in with her best friend, Liv for the summer. Liv’s older brother Brady is everything Tori knows is wrong for her, yet he invokes emotions deep in her soul that she’s never felt with anyone else. When the two eventually succumb to their feelings, Tori realizes Brady is not the same confident guy she’s secretly loved for years. Tori desperately wants Brady to confide in her, but he refuses to talk about the secrets that have drastically changed his life.

Turning to the one person that always makes her laugh, she begins spending time with the younger brother, Tug. The two grow closer and Tori wonders if her feelings for Tug run deeper than the “just buddies” status they’ve always shared. As she begins to explore her feelings, the conflict between brothers, she’d hoped to avoid erupts. She has to choose.

When Brady finally reveals his secrets, Tori makes her decision; one that may leave them all Irreparably Broken.

K.J. Bell did a great job captivating me throughout this book; I was not able to put it down. I was full of so many emotions after reading this book. She wrote the story in way that I felt like I was a part of it. There were so many WTF moments I did not see coming. This book will definitely keep you at the edge of your seat, making you want more.

Tori moves in with her best friend Liv's family when her family moves to Minnesota.  She’s been moping around for the past year since she caught her ex-boyfriend, Jake, of three years in the closet with his pants down and another girl in his pants. Her heart broke that night, well it broke twice, because her secret crush Brady, who is also Liv’s older brother, was the one who plotted the whole scene. That’s the same night when her walls were firmly put up and she completely sworn off men.

Brady hasn’t been home or seen Tori since that incident occurred. So much has happened since then, so many secrets have been revealed, so many lies have been said and promises made. He came back home to keep one of the last promises he made to Vanessa. Tori had made him feel things he had never felt before. Brady is your typical man whore. Sexy, hot, muscular man who is with a different girl every night anywhere he can take them. Heck Tori caught him almost doing the deed in the bathroom of the bar, just after Tori and he shared their first kiss. But none of the girls he is with is Tori. He can never be good enough for her. He has too many secrets that they will destroy her and their relationship before they can even get started, and even everyone around them.

While fighting her feelings for Brady, she must figure out if Harrison is someone she wants to date. He works at the coffee shop with her, and he is definitely interested in her. She is definitely attracted to him, but her insecurities with Jake are in full effect, making it hard for her to act on anything. Not wanting to get her heart broken again, she hasn’t dated since then. There is definite animosity between Brady and Harrison; their issue remains a mystery. Harrison wants to get to know Tori better, but Brady finds ways to keep them apart. Tori is drawn to Brady like a moth to a flame so of course she will go to Brady first. I felt bad for Harrison, several times actually, because you could tell he really liked Tori, but she kept making excuses and choosing Brady. Throughout the book, Brady writes Tori little notes on a piece of tissue paper; it seems corny, but yet romantic at the same time.

After Tori and Brady trying so hard to fight their feelings for one another, they finally give in and give a relationship a shot. They find that their relationship goes deeper, beyond sex; they seem to complete one another. Tori sees a completely different side of Brady that no one knows exist. She thought she was in love with Brady before, but after spending some time with him and seeing the true him, she falls fast and hard. Brady knows that he loves Tori, and to go forward in their relationship he must come clean with all the secrets he is harboring. He wants to be the one to break the news to his family since he knows the outcome will not be a positive one.

Is having a relationship with Tori risking Brady’s secrets being revealed? Will Brady be able to be completely open and honest with Tori and lay everything out on the table? Will Tori put her insecurities aside and trust that Brady is different?

Before all the secrets can even come out, shit slowly starts to hit the fan, and Brady leaves with no explanation. Tori’s worst nightmare comes true; her hearts shatters all over again. Going in a depression state, there is only one person that can get her out of it and that is Tug, Brady and Liv’s younger brother who is constantly flirting with her. Tori starts to live again and the lines of her relationship with Tug start to blur. Tug has always had feelings for Tori, her feelings for him are slowly starting to develop while spending more time with him. Testing out their feelings for one another with a kiss sparks something in her. When Brady finally decides to come back and fight for Tori, he catches them kissing on the dock. How is Tori going to choose between the guy that she’s always loved, but left her when things got tough and the other who has always been there for her and put her first before anything?

My heart broke for Tori throughout the book, having heart broken, secretly loving someone then completely loving them, then to be left all alone again. Tori however was a strong person, who was able to get through all the situations thrown at her. After getting to know Brady and reading more about him, I felt really bad for him and what kind of life he has to live, the sacrifices he is willing to make for the love of others. That alone made me fall for him even more. Reading this book make me realize that not everyone is what they seem. You may think you know the person, but deep down it could all be a façade. Great job KJ Bell.

I received this ARC for my honest review.


This review was done by Jennelyn.
Posted by Naughty and Nice Book Blog at 11:43 PM