IN TOO DEEP by MICHELLE KEMPER BROWNLOW 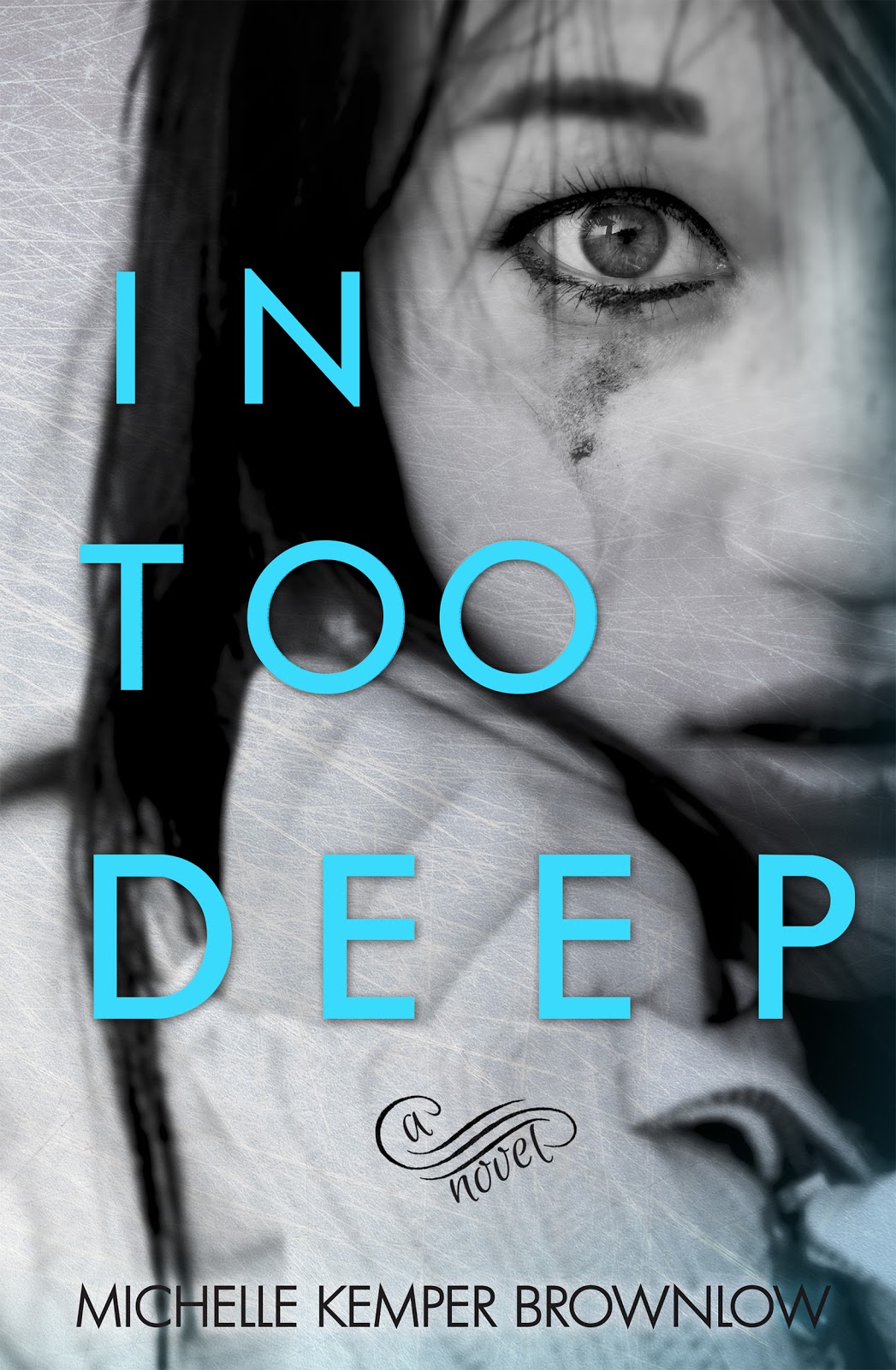 IN TOO DEEP is a very emotional read, or at least it was for me.  I absolutely loved the book. My review contains some quotes that some may see as spoilers.

Noah was your typical bad boy who was in the fraternity Sigma Chi.  Noah was a total womanizer.  He knew he was gorgeous and could have any girl he wanted.  That was until he laid eyes on Gracie.
Gracie was innocent and very naïve. Gracie is scheduled to work a shift at the local pizza joint and when she finds out she is scheduled to work with Noah, she is immediately scared.  She has heard stories about Noah from some of the other employees.  When her eyes meet Noah, she is immediately attracted to him. She feels things for Noah that she has never experienced before. Gracie and Noah begin to hang out and spend time together, and feelings begin to develop between the two of them.
I was routing for Noah in the beginning of the book.  Bad boy changes and falls in love with the innocent good girl.  My feelings for Noah changed very quickly.  Just about as quick as Noah's personalities changed throughout the book.  At times, I thought Noah was bi-polar.  Noah seems to have multiple personalities.  Gracie never knew which Noah she was going to encounter on a daily basis.  Noah was the fraternity boy who pulled girls under.  Gracie was the good girl who finds herself in to deep.

Gracie was VERY innocent and Noah preyed on that. Noah would mistreat Gracie and push her away.  He thought if he apologized to her and told her how much he loved her, he would woo her back.  It appeared that Noah knew exactly how to play on Gracie's emotions. Gracie was losing herself in her relationship with Noah.  Gracie didn't even recognize her own reflection in the mirror anymore.

"Our relationship defined me.  I didn't know who I was without him." ~ Gracie


If the person continues to make the same mistakes, can you forgive them?  If they continue to make the same mistakes over and over again, does that define who that person truly is?
Gracie has two best friends, Jake and Sam, who she met through Noah.  Jake screamed HOTNESS!!! He had broad athletic shoulders, defined arms, crystal blue eyes, gorgeous smile and chocolate brown hair that was just a little curly when it got too long.  Jake was Gracie's rock, the person who she could tell anything to.  Sam was HOT as well.  He had blond surfer hair, hazel yes, built to kill and an awesome personality.  These two guys were every girls dream guy.

Jake and Sam were Gracie's "safe place", no matter what was going on in Gracie's life, she knew she could always count of Jake and Sam.  Jake always listened to Gracie and offered her a shoulder to cry on.  Jake was a complete sweetheart.

"Gracie, our mistakes don't define us, they help us make the choices that will one day be woven into who we become." ~ Jake

"Gracie, you can't let him steal who you are.  You need to make choices based on who you are…right here." He poked his finger into my chest.  ~Jake

"Don't make decisions because Noah is standing behind them convincing you they are the right choices for you." ~ Jake

Jake was always honest with Gracie.  Jake has always been there to offer Gracie his shoulder to cry on and his warm embrace to help heal her shattered heart.

"He is stealing away the Gracie we all love and leaving an empty shell.  It hurts me to watch.  Honey, he doesn't love you!" ~ Jake

He walked over to me and wiped my tears.  He took my face in his hands.

"Because sometimes being the best friend means telling the truth even when it hurts." ~ Jake

I hated Noah and there were times I felt I couldn't continue to read anymore because I was so angry with him. I actually felt the pain Gracie was feeling... I understood what Gracie was going through because I was in a similar situation.  I connected with Gracie.  I was routing for her and I wanted her to dig deep down and find her inner strength.  I was so happy that she finally stood up for herself and realized that she deserved better and she wasn't going to settle.
Gracie had to hit rock bottom to realize that she was in too deep with Noah.  Gracie needed to know her own self worth, to realize that she deserved so much better than what she had with Noah.  Gracie needed to know that she could be loved for being herself; little did she know she already was loved by someone very special to her. It may have just taken Gracie a little bit longer to know she deserved to be loved and cherished.  Could Gracie open her heart again and welcome love again?  Will Gracie forgive Noah again?  Is Gracie in too deep with Noah to want to walk away from the relationship?

"I had to go through Hell to know how beautiful Heaven was. And I would do it all again if it meant I would end up in Jake's arms."  ~ Gracie

Boy does that quote sound familiar.  It is funny because Michelle and I were having a conversation while I was reading this book.  I said the same exact thing to Michelle and to read it the next day, hit me like a ton of bricks.

Michelle did a fabulous job with this story. I think a lot of people can relate to Gracie's situation.  It was scary at times, I felt like I was reading what my life was like when I was 22.  But we all grow from our mistakes. We can only hope that we don't make the same ones.  What doesn't break us, only makes us stronger.

I recommend this book to EVERYONE.  It is an emotional book and will definitely pull at the strings of your heart.  I look forward to reading the 2nd book in this series. I am anxious to see what the future hold for Gracie, Jake and Sam.
This review was prepared by Heather.
I received an ARC for an honest review.


ONE CLICK AND BUY
"IN TOO DEEP"
by
MICHELLE KEMPER BROWNLOW