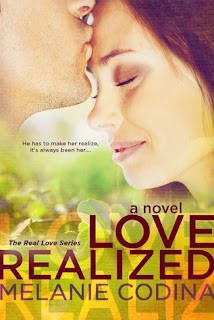 For Jake, it’s always been Gillian. It’s been her since that day she unknowingly stole a piece of his heart...when he watched her fall for one of his best friends. Resolved to the fate that she couldn't be his, he locked up the deeper emotions he felt for her and loved her as a friend.


As friends, they went through it all together. Marriages, births, divorces and even death. But when a shameful secret Gillian has kept from her friends is revealed, Jake realizes she needs him more than ever. He knew what it was like to go through heartbreak and he wasn't about to stand back and watch her endure it alone.

He also knew she would turn to him for support. What he wasn't prepared for was the return of the emotions he had long ago locked away. Could he control those emotions again and did he even want to? Could he make her realize his love for her was real, or would she slip through his fingers again?

Gillian was ashamed at what her relationship with Logan had become.  While dealing with the emotions of her failed marriage, she was still trying to be strong for her children and shield them from what their father's actions.   Gillian had a strong support system.  She was surrounded by loving friends and family that were there to help her pick up the pieces and move forward.

"Well, the Gillian you know is a pathetic chump!"  "And the same Gillian is so tired of trying to be strong and protecting everyone else, when apparently she was the one that needed the protecting!"  "The Gillian you know is spineless and weak.  She is just a useless housewife, completely devoid of anything remotely attractive or sexy." ~ Gillian Baxter

"You would be much more than "just enough for me Gillian." ~ Jake Michaels 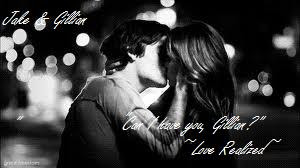 TEASER:
(This is the scene where we meet Jake for the first time)


There she was standing amongst her party guests, blushing and smiling like a fool when she had things to be doing. Attempting to focus on her role of hostess, she turned toward the house when a voice rumbled in her ear.


“What’s that smile for, sexy?” Her smile got even bigger. Now the day was perfect; Jake was here. Always falling into the playful banter with one of her oldest and dearest friends was second nature for Gillian. Jake Michaels was always a flirt with her; it stretched all the way back to high school, and it was just part of their relationship. Of course, it was also easy to do since he was as sweet and sexy as they come.


Tall, dark, and handsome was certainly a phrase that could easily be used to describe Jake, with his chocolate brown hair and light brown eyes that resembled topaz. And let’s not forget the broad shoulders and chest that sported the perfect proportions for his six-foot two-inch frame. Seriously, she had no idea how she ended up with all these good-looking men in her life? Hell, when they all were indulging in pool time, it looked like freaking spring break, with real adult males instead of those still trying to grow chest hair.


Jake leaned in to kiss her on the cheek, which she offered up gladly because he was easily one of her favorite people. “Just relishing in the joy of all these handsome men in my life,” she said with a wink.


“Well then it’s a good thing I got here, so you really have something to smile about.” Both of them laughed as Jake winked back. Gillian loved that she still had Jake in her life, even after all these years; they always had a good time together.


“Hey, I found some party guests at the front door, and I brought them in for you since they said they rang the doorbell. Hope that’s okay; he says he works with you.”


“Oh, thanks, I didn’t even think about people who aren’t used to just walking into my house like the rest of you guys do,” she said as she nudged him with her hip.


“Well if I announced myself, then you may not let me come over, and then how will I get to have dinner with one of the hottest moms I know.”


Gillian couldn’t contain her giggle. “Damn Jake, you sure know how to make a girl’s day. Now go check in with the birthday boy, he was looking for his “favorite uncle” earlier. Of course, that always gets under my brother’s skin when he hears Dylan say that.”


Jake laughed out loud at that. “Which is exactly why I have trained Dylan to call me that, just to get under Sean’s skin … it’s so much fun. How about Ryan, has he been good?”


“He is always good for his favorite aunt. Both boys have been in the pool for hours … the two of them should be sprouting gills any minute now.”


Ryan was Jake’s son, from a brief marriage to a woman who couldn’t be bothered with settling down with just one man. They divorced when Ryan was only one, after Jake walked in on her with another man. She then followed this man to Florida and didn’t have any problems with granting Jake full custody of Ryan. Jake loved his son and didn’t want him to be subjected to a woman who couldn’t seem to focus on anyone but herself.


“Hey, we have matching titles: you, the favorite aunt, and me, the favorite uncle. It’s a wonder the rest of these yahoos ever get paid any attention at all.” Jake smacked her on the ass and walked away to search for Dylan and Ryan while yelling toward the pool, “Has anyone seen the birthday boy? His favorite uncle is here!” Gillian just laughed as she turned around to look where her brother, Sean, was sitting with his wife, knowing that Jake only did that to rile him up. Boys will be boys, regardless of their age


Melanie is an amazing mother of four, an awesome and tolerant wife to one, and nurse to many. If you don’t believe her, just ask anyone in her family, they know what to say. She is also a devoted chauffeur, the keeper of missing socks, a genius according to a six year old, the coolest soccer uniform coordinator according to a twelve year old, and the best damn ‘mac-n-cheese-with-cut-up-hot-dog maker in the whole world. Well that last title isn’t really official, but it’s still pretty cool to be called it.


When not being ordered around by any of the kids, you can find her with her nose in a book or on the sideline of a soccer game cheering on one team or another. But that’s mostly because she has a thing for the coach. When she is not doing all of the above, you can find her obsessed with a group of fictional characters all vying for a spot on the page of whatever she’s working on. It’s a fun and crazy life to lead, but wouldn’t have it any other way.

ONE CLICK AND GET YOUR COPY OF
"LOVE REALIZED"


GIVEAWAY
1 eBook of LOVE REALIZED by MELANIE CODINA
a Rafflecopter giveaway
Posted by Naughty and Nice Book Blog at 9:43 AM