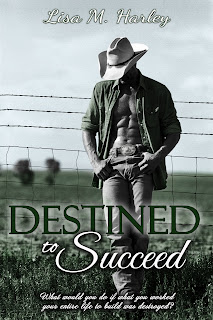 Synopsis:
What would you do if what you worked your entire life to build was suddenly destroyed?

Cade Walker is a cowboy Casanova. He’s cocky and he doesn’t care who knows it. He was raised on Walker Ranch and was destined to one day take it over. What he didn’t know was how soon that would happen. After his parents are killed in a car accident he is thrust into becoming a responsible adult. Well, sort of. Cade is always responsible when it comes to business, but pleasure, now that’s a whole other story.

Suzanna Mallory is a red-headed spitfire, who also happens to be Cade’s best friend. She has loved Cade since they met when they were nine years old, but Cade just isn’t the type to get married and settle down. Suzanna finds herself in an abusive marriage and the only thing that keeps her sane is her daughter, Isabella, and working with Cade at Walker Ranch.

When a fire threatens to destroy the future of Walker Ranch, Cade and Suzanna have to work together to save it.

What will this mean for her marriage or to the feelings that she has for Cade?

And now that Cade thought he found love with Loralei Harper, only to realize she didn’t feel the same way, is he ready to settle down?

Is Cade Walker Destined to Succeed?

In Lisa’s first book, Destined to Change, I didn’t care much for the cocky and arrogant Cade Walker. But in this book, you get to know a side of Cade you would never expect and you can’t help but fall in love with him. Lisa will take you on a long journey of Cade’s destiny; taking you to the past where it all started, then through a whirlwind of unexpected emotions, events and tragedies. She will keep you captivated from the beginning of the book till the very end.

I love how Lisa goes back and writes about how Cade and Suzanna first met since it’s how their entire story started. She continues to write with past events leading up to the present time. As a reader, you may question as to why she is writing about the past, but it paints a clearer picture; at least for me it did.

Growing up, Cade was always surrounded by love and affection; not only by his parents but by his extended family and by the farm workers. I have to admit, the names of the Walker boys confused the heck out of me at first since they all started with “C”. One day Cade wanted to find a woman to love just like his father loved his mother and take over the family ranch. Cade met Suzanna in the third grade when she accidentally kicked him instead of the rock. Suzanna did not exactly receive the same kind of love and affection from her parents, but she was fully welcomed at the Walker’s. The Walker’s didn’t have any girls so they fully accepted her as one of their own.

“Son, when you find the right one, you’ll just know it. Your dick won’t pick her. Your heart will. Always listen to your heart, because your dick can be a lyin’ bastard.”~ Cody

There was a turning point in Cade and Suzanna’s relationship where they saw each other as more than best friends, they started to see and feel each other as something more. They wanted to be each other’s first kiss, but that all changed when Branch beat him to it. The pressures of being hormonal teenagers were taking over them that they wanted to be like everyone, get it over with and lose their virginities. Suzanne had planned to lose it to Branch and Cade to Ana on the same night at a party. When Branch pinned Suzanne to the wall, Cade saw red and hit him. That’s when he proposed they lose it to each other. That night was the best night of their lives, but that night made a big change in their destiny.

Cade had to run the family ranch at an early age since he lost both of his parents. To make matters worse, he was losing his best friend at the same time. His was losing everyone he cared about in the world. Running Walker Ranch was Cade’s destiny. He was a womanizer and all the ladies wanted a piece of him. I mean who wouldn’t want walking sex on a stick!? Hot, sexy, gorgeous, well-built cowboy, hot damn I want a piece of him. All those women however, were just for fun, none ever caught his attention, none ever came close to what Susanne made him feel, none of them were his Suzanne. Loralei made him feel things he hadn’t felt in a long time. The sex with her was amazing, but her heart belonged to someone else.

Suzanne was stuck in an abusive marriage with Branch; whom she had a daughter with.  He hit her, treated her like she was nothing, made her do things she didn’t want to do, left her and slept around on her. She felt as if she was destined to live this life, she chose this life, which is why she stayed with him. My heart broke for Suzanne and Izzy B many, many times. No one should ever have to go through the abuse that she had to endure, especially having Izzy be fully aware of exactly what was going on around her. I wanted to kill Branch myself for the things he did to her. Only if she had the strength to ask Cade for help sooner, she would have been spared so much.

The push and pull relationship between Cade and Suzanne gets to be really frustrating. I kept yelling at my nook for them to get their shit together so they can both be on the same page with their feelings. Anyone can clearly see the strong chemistry they have from a mile away, but they don’t either want to ruin their friendship or the fact that Suzanne is with Branch.  I absolutely loved the fact that Cade still supported Suzanne even though she was married. They are all put through a lot of tough situations, one right after the other, tragedy after tragedy, loss after loss. These events made everyone stronger and brought everyone closer than ever. The ranch was his life, and of those around him. He really needed the farm to succeed. I think it’s how you handle the situations that are thrown at you is what truly leads you to your destiny.

I absolutely love how Cade and Suzanne grew up as childhood friends and try to find happiness with each other as grown adults. No matter which path they go, and how much they distance themselves from one another, they always find their way back to each other one way or the other. Destiny always seems to bring them back to each other. Great job with this book Lisa. Looking forward to your next one!

“Baby, come on now. You don’t have to do that again,” I said to Amy, as I tried to pull her head out of my lap. We had finally made our way back to the truck after our time together in the woods. This chick was hotter than hell and really enjoyed her time with “cowboy”. When I started the truck up I saw her. Suzy Q. What the hell? She was trying like hell to pull her clothes back on. As I looked over beside her and saw him, my heart started racing and I could feel the fire boiling under my skin. I hated that man. I hated the thought of him being with my girl, I mean Suzy Q. I revved the engine a few times and then Branch saluted me. That bastard. He yelled at me, “Thanks for the light, asshole. All the better to see my hot girlfriend with.”That was it. I couldn’t stand to watch her with him for another second. I threw my truck in reverse and peeled the hell out of there. Amy was still in my lap and I was trying like hell to forget he look in those familiar brown eyes when I drove away. 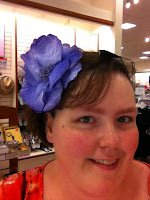 I grew up in a really small town in Missouri. Very similar to the fictional town I wrote about in my novel. I moved to the big city right after I graduated. I work full-time and I am mom to a beautiful little girl. I started writing in October when a group I am in had a prologue contest. I didn't win the contest, but everyone who read my prologue asked for more of my story. I decided I had to finish it and get these characters that were in my head out on paper. During the writing process it became clear that this was going to be more than one novel. It had to be a series. I have at least 2 more novels planned for the Destined Series. I also have an idea for a YA novel that stems from one of the characters in Destined to Change...hint, hint. When I was asked to write this bio I explained that I am really boring and it would be really short...so, that's about all there is to know about me. I love music and honestly couldn't have written this book without my Spotify playlist. I am kinda obsessed with frogs (not real ones) and office suppliesare my downfall! I could spend my whole paycheck at the stationery store...boring, didn't I already say that? lol Also, I am slightly addicted to Facebook and Voxer. Please message me on either one...I would love to hear from all of you.

Smashwords: http://www.smashwords.com/books/view/324391
Posted by Naughty and Nice Book Blog at 9:18 AM