Rising From The Ashes by Jessica Prince (Review) 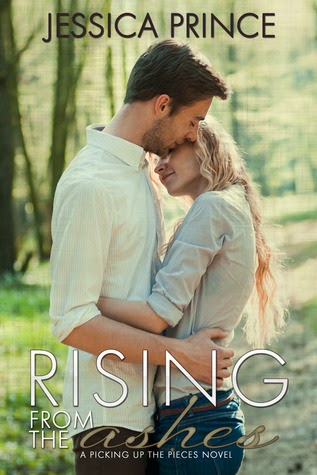 People make mistakes when they're young, but how they choose to come back from those mistakes is what matters in the end.

Savannah Morgan found true love at a very early age, but one rash decision — one that she would regret for the rest of her life — was all it took to end her relationship with the love of her life.

For seven years, Jeremy Matthews has accepted being "just friends" with the only woman he's ever loved. Finally deciding that enough is enough, Jeremy relentlessly pursues Savannah until he forces her to see just how right they are for each other.

When Savannah's past mistake is revealed, threatening the future she so desperately wants, the fate of their relationship lies in Jeremy’s hands. Will he be able to forgive Savannah, or is the relationship truly over?

When struggles and obstacles threaten the foundation of Savannah and Jeremy's relationship, will they choose to let each other go, or rise from the ashes of the past to claim their happiness?


People make mistakes. Our actions affect the ones we love. When Savannah makes a decision that will change her life forever, she risks losing the love of her life. By not telling Jeremy, the guilt is eating Savannah alive. When Savannah can’t handle the guilt any longer, she breaks up with Jeremy and tells yet another lie.
After being “just friends” for the past seven years, both Jeremy and Savannah are miserable.  They're still in love with each other, but neither are willing to put their hearts on the line again. Savannah knows that she can’t have a future with Jeremy unless she tells him the truth. But rather than risk losing Jeremy as a friend, she decides to stay silent for fear of losing him from her life all together. Can Savannah let go of the past in order to have a future with Jeremy?  Jeremy won’t take no for an answer when he undoubtedly knows that his heart belongs to Savannah.


It’s funny how we punish ourselves just to protect the ones we love. Savannah knows that when she tells Jeremy what she has been keeping from him all these years, he will hate her.
Jeremy is tired of the games that he and Savannah are playing.  Jeremy decides to take the bull by the horns, because he is tired of living a mediocre life without Savannah. Jeremy wants the one that he loves. The one that completes his life. It has always been Savannah. It has always been Jeremy for Savannah. No other man can come close to the feelings that she feels for Jeremy.  He holds her heart, he always has. Jeremy vows to show Savannah that they are meant to be with each other, and he will stop at nothing until he proves it to her.
Jeremy could see the pain in Savannah’s face and the scars in her eyes whenever he mentioned building a future together. When Savannah tells Jeremy what she has been keeping from him all these years, she broke Jeremy’s heart all over again.  Jeremy knew Savannah had let him down before, but never like this. He never imagined the reason behind all of Savannah’s fears, would tear them apart.

While reading Rising From the Ashes, I have to say, my heart broke for both Jeremy and Savannah.  I understood why Savannah did what she did.  I am not saying I agree with it, but seeing the situation, she did what she thought was best for “her”.  To see the heartache that Jeremy was feeling, tore me to shreds. I loved Jeremy. He didn’t deserve to go through this.  He deserved his happily ever after. Jeremy just needed to decide if Savannah was his happily ever after. Sometimes we need to hit rock bottom, lose it all, before we realize that what we want has been standing in front of us the entire time. Savannah needed to hit rock bottom and burn, before she could rise from the ashes. She needed to heal from the demons of her past before she could move forward with the future that she deserved. Guilt eats people alive, and that is exactly what it did to Savannah.


Rising From The Ashes is the second book in this series. I enjoyed this book just as much as I did Picking Up The Pieces. I enjoy getting to know this group more with each novel that is released.
"THE ONE" BY STATIC CYCLE 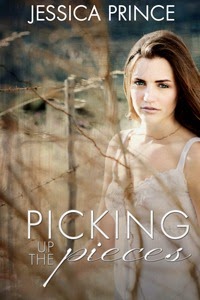 After having her heart broken by the only man she’s ever loved everything seemed to go downhill for Emerson Grace. It has taken eight years but Emmy is finally starting to pick up the pieces of her damaged life. But the man who destroyed it has returned bringing with him the pain of the past. Can she let go of the pain Luke caused and accept him back into her life or will the memories be too much for her to overcome?

Running from Emmy was the only way Lucas Allen knew he could protect her from the demons he carried with him. After spending one perfect night together Luke takes off, certain that he can’t possibly give Emmy everything she deserves. Now he’s made the decision to return to Cloverleaf and make things right. But is he prepared to truly face all of the damaged he has caused?

Will Luke and Emmy finally get their chance at love or will the secrets of the past stop them before they even get to begin?


THIS SERIES IS DEFINITELY
WORTH ONE CLICKING !!!!!!
Posted by Naughty and Nice Book Blog at 10:49 AM