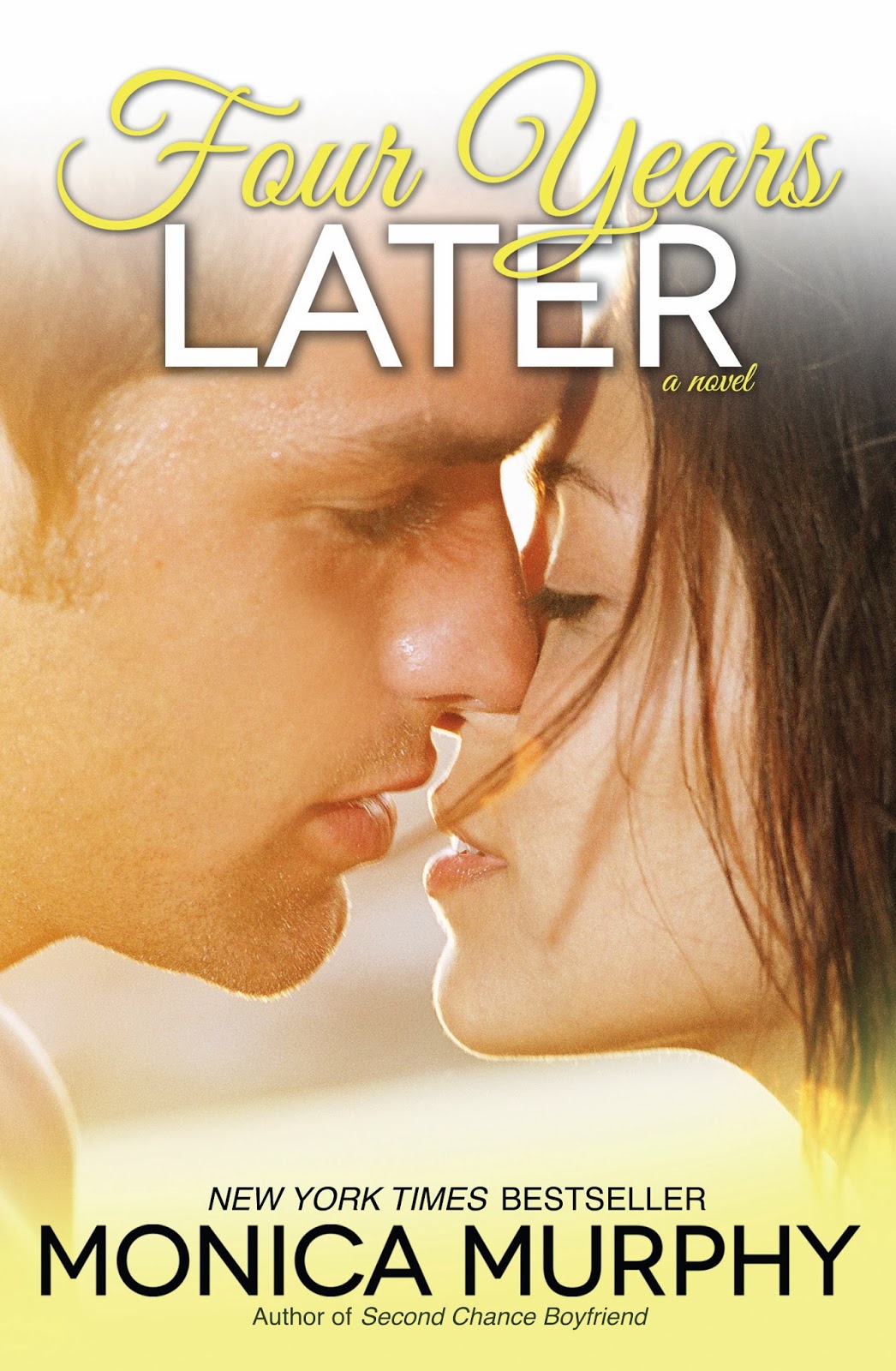 Synopsis:
New Adult bestselling author Monica Murphy winds up her sensational series with this sexy story of two college kids with nothing in common but a bunch of baggage and a burning attraction.

Over. That about sums up everything in my life. Suspended from my college football team and forced to cut back my hours at The District bar because of my crappy grades, I can’t keep turning to my sister, Fable, and her pro-football playing husband, Drew, to bail me out. I just can’t seem to find my own way. Weed and sex are irresistible temptations—and it’s messed up that I secretly hand over money to our junkie mom. A tutor is the last thing I want right now—until I get a look at her.

Chelsea is not my type at all. She’s smart and totally shy. I’m pretty sure she’s even a virgin. But when she gives me the once over with those piercing blue eyes, I’m really over. But in a different way. I won’t deny her ass is killer, but it’s her brain and the way she seems to crave love—like no one’s ever given her any—that make me want her more than any girl I’ve ever met. But what would someone as seemingly together as her ever see in a screwed up guy like me?

Starting the series with the story of Drew and Fable was pretty hard to beat. They have a love story that touches readers so deep that any other book from the series would have a hard time comparing. Jen and Colin’s book while not bad, just didn’t knock Drew and Fable’s story off the pedestal for me. Owen and Chelsea may not knock Drew and Fable out of the #1 spot, but they definitely share it. The series ends on as strong of a note as it began.

Owen’s a punk. There’s just no other way to put it. He’s got a chance to have everything, but he’s squandering it away to have a good time. At least that’s what Monica Murphy makes you think at the beginning. I went from thinking somebody needed to jerk a knot in his butt in One Week Girlfriend & Second Chance Boyfriend to seeing that he such potential to wanting to beat him over the head in Four Years Later. But as Monica Murphy writes Owen had a story to tell, and it was much different than what we saw on the pages of One Week Girlfriend and Second Chance Girl Boyfriend. To see Owen’s true story the reader needed to read between the lines.

If you’re Owen Maguire you sabotage everything good in your life. Owen feels if he isn’t good enough to receive the love of the one person whom was supposed to love him then he doesn’t deserve love at all. He feels pretty much worthless. Everything he’s done to make himself better never measures up in his mind.  But Owen still has some of the fight to be better left in him when he meets Chelsea. Owen’s not the first dumb jock Chelsea has tutored. The thing about Owen that boggles Chelsea’s photographic mind is that Owen is smart. She can’t figure out why he just doesn’t apply himself. Pushing Owen to continue to work for the goals he’s set isn’t easy when Chelsea is hiding her own secrets.

Chelsea has been ostracized by her peers. Well, she really doesn’t have any peers. She’s too smart for people her age and too young for the people she goes to school with. Not to mention her IQ intimidates the hell out of people. Chelsea wants to believe Owen when he tells her what she means to him, but she has her own voice in the back of her head telling her that men will only use her.  It just so happens the voice in the back of her head is her mother.

One is trying so hard not to trip into the pitfalls of their life, while the other is diving in head first. Can these two figure out that they are stronger than the people pulling them down? Will they let go of the past and embrace a future together, even if it isn’t all roses and sunshine? Read Four Years Later to find out what happens with Owen and Chelsea.