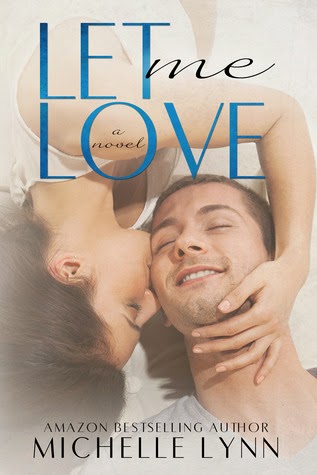 A chance encounter. An undeniable connection. An unimaginable twist of fate. Kailey’s life is crumbling. Her best friend and sister, Jen, is dying, leaving her young family devastated. With little hope of saving her, Kailey is forced to face a reality she never expected.Trey’s life is fun and carefree. He loves the girls, his drums, and his friends. That’s not to say he isn’t continuously plagued by a difficult decision made years ago—one that changed the course of his life. Despite the connection they make when their paths unexpectedly cross, Kailey knows her life has no room for anyone else right now. But regardless of how many times she pushes him away, Trey only fights harder to make a place for him in her life and in her heart.Trey thought he knew heartbreak, but he had no idea until life gave him a second chance, only to snatch it away just as fast. This time he’s determined to keep his place in the life of the ones he loves. Is there such a thing as fate? If so, can Kailey and Trey hold on to one another long enough to discover there’s no such thing as a chance encounter?

Fate played a role when Trey's met Kailey.  The moment he looked into her eyes, he knew there was something different about her.  Who would have thought Trey would meet the girl he wanted to spend the rest of his life with on a plane.  Trey felt an immediate connection to Kailey.  What are the odds that the two of them attend the same college and live in the same town.  After spending a few days with Kailey, Trey wants more.  The problem is Kailey says she doesn't want more.

Never in a million years did Kailey think she would be faced with her current circumstances.  Her sister is dying, and Kailey promises to help raise her three young children once she passes away. Kailey has been by her sister's side while she's battling her illness, so Kailey knows how tough it can be to help raise three little ones and keep a household in order.  Kailey doesn't have time for a personal life, not to mention a relationship.  She doesn't want to get involved with anyone. She doesn't want to allow anyone to see the life she leads.  Kailey feels as though Trey deserves better.  He deserves more than what she can offer.

Trey is persistent and won't take "NO" for an answer.  After finally breaking down the walls Kailey has built around her, he convinces her that there's no other place he would rather be, than be with her.  After breaking down her wall, chip by chip, Kailey finally welcomes Trey into her life.  Things are going great, until Kailey's life changes once again in a blink of an eye.

Let Me Love is the 3rd book in The Invisibles Series.  I have to say that with each book release, I love this series just a little bit more.  I fell in love with Brady in Don't Let Go, Grant in Let Me In, and now Trey in Let Me Love.  It was tough seeing Trey go through his heartache.  Trey was such a great character that I was routing for him from the beginning. Yes, in the past books Trey may have been a little manwhore.   But once Trey met someone worth pursuing, he turned his whore card in.  Trey gave it his all.

I loved the twists in the book.  One that I will not divulge, you will have to read it to find out what I am talking about.

Posted by Naughty and Nice Book Blog at 2:10 PM