COVER REVAL - IT'S NOT OVER by A.L.ZAUN

He had wanted her to help him win his ex-girlfriend back. She had wanted to teach him a few lessons on how to treat a woman. Neither one had planned for the unexpected.

I couldn't stand by and watch. It hit too close to home. I had to run fast and far to get away and forget him. He weaseled his way into my life, making me question rules I lived by and turned my orderly life upside down. I'm falling apart and coming undone. I don't do that. I'm Madison Stuart. I live life by my rules. I won't be derailed by a man. I won't...I can't.

She's gone. I'm desperate and going insane. I'll do whatever it takes to find her. Nothing’s going to keep me away from her. I don't know when it happened, but I won't let her go, not like this. What has she done to me? I'm Rick Marin for crying out loud. I don't chase women, but she's not just any woman. She's Maddy—my Maddy—and I need her.

Follow Rick and Madison’s story, The Do Over’s most notorious couple, as they learn that It’s Not Over.

Add it to your TBR on GoodReads 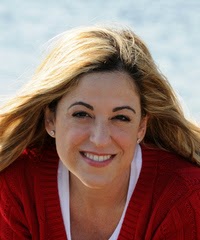 About A.L. Zaun:
A.L. Zaun graduated from with a degree in English Literature when the dinosaurs roamed the earth and cellphones were the size of a brick. Her impressive degree did absolutely nothing for her professional endeavors in health care management but did stir her imagination and opened up the world of books in a new way.

Armed with a large bottle of Diet Pepsi and a multi-pack of Extra Sugar-Free gum, A.L. Zaun spends her evenings bringing to life the characters that dominate her thoughts and interrupt her sleep.