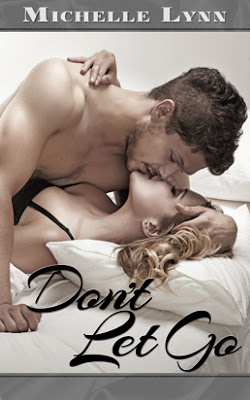 Sadie Miller is attempting to change her ways and hide somewhere no one knows her former self. She only wants to finish her final year of college, obtain her degree, and get out from the hold of her affluent parents. Then she meets Brady Carsen, the lead singer of The Invisibles, a local band popular with the college crowd. She tries to stay away but quickly realizes that, although he might not be what she’s used to, he’s exactly what she needs and more importantly, everything she could possibly want.


Unfortunately, Sadie’s troubled past left her with insecurities that make her question Brady’s true intentions. And while Brady is convinced that Sadie is the one for him, he has his own secrets that he fears will be their undoing. If they want to be together, they will have to stand united and fight the outside influences that are threatening to tear them apart. Can they put their pasts behind them for good in order to secure their future?

Michelle Lynn has always been a reader, but her passion has become a full-blown addiction since her husband bought her a Kindle for Mother's Day. She's pretty sure that he regrets this on a regular basis. Especially when she has it propped up next to the stove while she cooks, which often results in a burnt dinner. Or when he loses sleep because the glow from the screen wakes him up when he rolls over at three in the morning. He does agree, however, that she uses this gift more than any other he has ever gotten her. She joking counters that, because of some of the steamy novels she reads, he also benefits more from this gift than any other he has gotten her. ;)