Love and Always (A Pound of Flesh #2) by Sophie Jackson 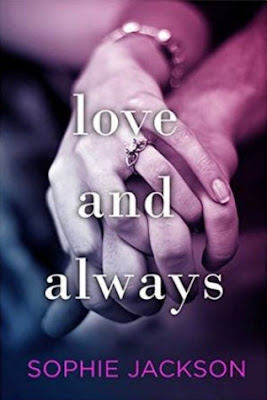 Orange Is the New Black meets Jennifer Probst’s New York Times bestselling Marriage to a Billionaire trilogy, in this e-novella of love and redemption in the sensational A Pound of Flesh series.

When prison tutor Kat Lane met arrogant inmate Wesley Carter in A Pound of Flesh, it was hate at first sight. Carter’s quick wit and reputation for being as dangerous as he was handsome kept her at a distance. But as they grew to know each other as teacher and student in the New York prison, Kat found there was much more to Carter than she thought.

In Love and Always, Kat and Carter’s story continues as they share the news of their engagement—which doesn’t go over well with Kat’s mother. On top of it all, Carter has a new role as CEO of WCS Communications, which adds more pressure to his new life outside prison. Trying to juggle family, a billion dollar business, and Carter’s best friend Max’s rehab stint doesn’t leave much time for the happy couple to enjoy each other. How will Kat and Carter handle the pressures of marriage, family, and work—and keep the passion alive through it all?

The way A Pound of Flesh ended, I definitely wanted more. I wanted to see what the future held for Kat and Carter. I knew going in this was a novella, so I shouldn't have been disappointed that it was a short read. I was left wanting more. I absolutely love Wes Carter. There is more to this man than his handsome face and amazing body. He is very intelligent and well educated. This series is true to the saying "Don't judge a book by it's cover."  There is so much more to Carter than what is on the surface. Kat took the time to get to know him. She was able to peel away the armor that Carter wore to wiggle her way into his heart. Carter loves Kat fiercely and she will always come first. He vows to make her happy even if those that love them aren't happy about their engagement.

Carter is dealing with his best friend, Max in Rehab and now the stress of telling Kat's mother that they are engaged? What will Max's reaction to be to the news? Will this be a set back for him? Will he be happy for Carter?  Will Kat's mother finally accept Carter? Will she accept that her daughter is in love with him? Will Carter win over Kat's mother's heart?

I am excited to read An Ounce of Hope. I am sure Max's story will break my heart but I want to see him happy again.

This review was prepared by Heather D. An ARC was received in exchange for an honest review.

Posted by Naughty and Nice Book Blog at 11:14 AM