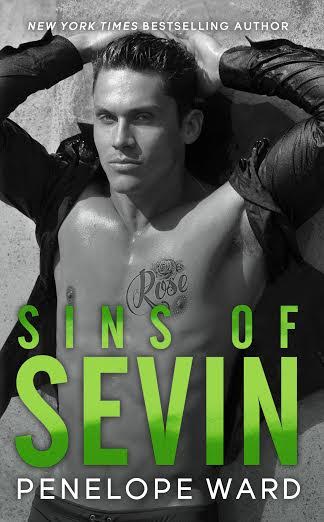 What happens when the one you want is the only one you can’t have?

My name is Sevin.

Homeschooled and sheltered by my ultra-religious family, I was always taught that lust was a sin.

Elle was the girl who’d been carefully chosen for me.

After a long-distance courtship, I’d be moving into her family’s guesthouse so that we could get to know each other in the months before the wedding.

Boundaries were set: no inappropriate touching, no kissing, no sex before marriage.

I’d accepted those rules and my fate.

Until I met the one I wanted to sin with.

That was when restraint became a problem…especially since the one wasn’t Elle.

It was her sister, Evangeline.

You know what they say about best laid plans.

My name is Sevin, and I have sinned.

Add Sins of Sevin to your TBR list on Goodreads! 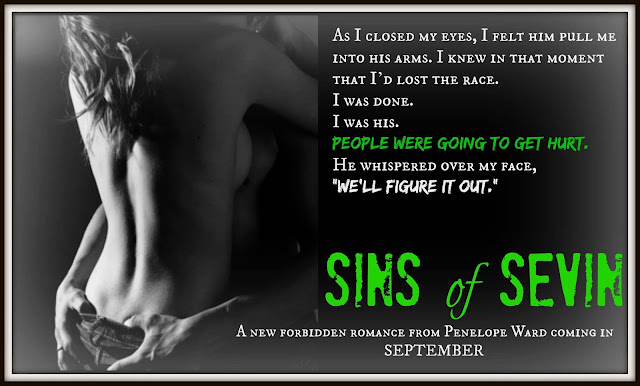 Penelope Ward is a New York Times, USA Today and Wall Street Journal Bestselling author. She grew up in Boston with five older brothers and spent most of her twenties as a television news anchor, before switching to a more family-friendly career. She is the proud mother of a beautiful 10-year-old girl with autism and a 9-year-old boy. Penelope and her family reside in Rhode Island.
Stalk Her: Facebook | Website | Twitter | Instagram | Pinterest | Goodreads 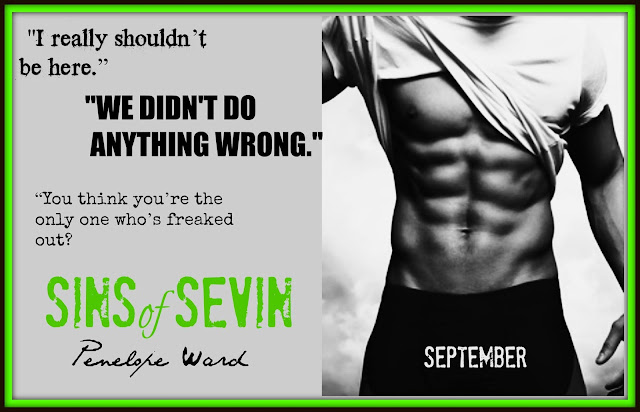 Other books from Penelope Ward