Cover Reveal ~ Why Not? by Melanie Codina 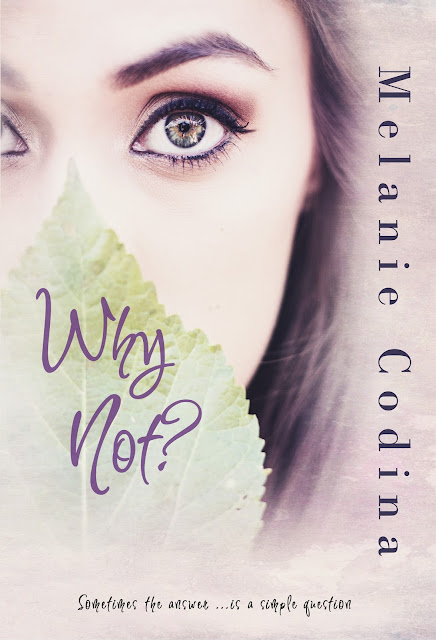 Eat. Sleep. Work. Screw. The four elemental components of life, right? For Liam Kyle they are. Sure, for some people, there’s love. Not for Liam. To him, love meant loss. Loss meant pain. You do the math. He’d been there, done that, got the scars and the T-shirt to prove it. When one gets burned by flames, they’ll spend a lifetime avoiding the fire. That is, until a girl comes along who shows him just how good those burns can feel. Finally feeling the flames, he finds himself questioning if he really had all the answers. Or if he’d just been full of crap all along.

Bailey Velasquez had all the answers. At least, all the answers she wanted. She had everything she needed in life. Great job. Great apartment. Big crazy family. Her health, blah, blah, blah. See, everything she needed. So why was a stranger, who knew nothing about her life, making her feel so uncertain? Why was she suddenly questioning those needs? And why did he make her burn in a way she’d never felt before? Bailey hated questions without answers, especially when it seemed the answer itself, was but a simple question. 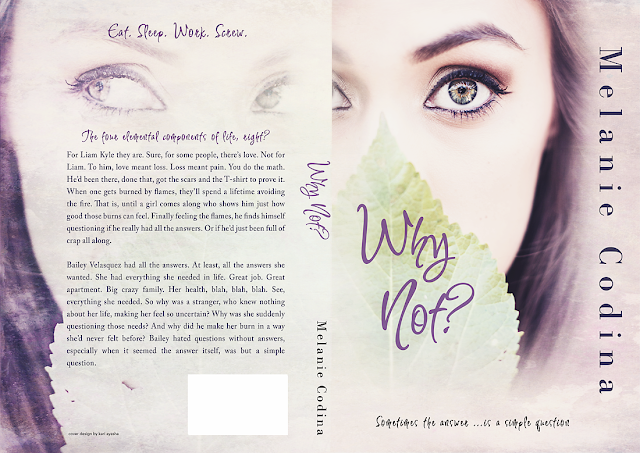 Melanie is an amazing mother of four, an awesome and tolerant wife to one, and nurse to many. If you don't believe her, just ask anyone in her family, they know what to say. She is also a devoted chauffeur, the keeper of missing socks, a genius according to a seven year old, the coolest soccer uniform coordinator according to a thirteen year old, and the best damn mac-n-cheese-with-cut-up-hot-dog maker in the whole world. Well that last title isn't really official, but it's still pretty cool to be called it.

When not being ordered around by any of the kids, you can find her with her nose in a book or on the sideline of a soccer game cheering on one team or another. But that's mostly because she has a thing for the coach. When not doing all of the above, you can find her obsessed with a group of fictional characters all vying for a spot on the page of whatever she's working on. It's a fun and crazy life to lead, but she wouldn't have it any other way.