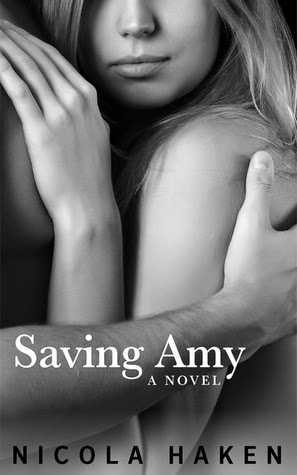 Eighteen year old Amy’s surname may be Hope, but her life contains anything but. She drinks, she sleeps around, she cuts… anything to help her escape the agonising existence growing up between her mother’s drunken wails and her father’s fists. But nothing works. There is no escape. And Amy wants out…Enter Richard Lewis – the doctor responsible for saving Amy’s life after her drink and drug-fuelled suicide attempt. Thanks to his own hidden demons, Richard is drawn to Amy and her situation, and despite the incessant warnings from both his own mind and his jealous ex-lover Joanna, he feels compelled to help her.But how will Amy feel when she discovers Richard’s attachment to her is born out of his own guilt? He was her last resort – her last chance at being saved. Can anybody save Amy, or has she finally reached the end of a very long, torturous road?(Not suitable for under 18's due to language, scenes of self-harm and sexual content)

Nicola Haken, I have no idea how you were able to write this book without crying or falling apart.  This was one of the hardest reads I’ve ever read however it was one that I was unable to put down.  When I first started to read this book I was so overcome with emotion that I just had to put it aside for a while (maybe a few seconds) then I would pick it up and continue.  To read a story that is so true to life was so raw and captivating at the same time.  This story will stay with me for a long time and I will recommend this to all my friends, yes this was a difficult story but a very true story.

Amy was challenged in life with a father who could not love her and a mother who would not show her love.  She only had one friend growing up and could not wait till her 18th Birthday so she could just escape.  Her plans were her only hopes but that was it her hopes but then all she wanted is to not exist in life or maybe to be saved but who would want her.

Richard had his own demons but he was dealing with life in his own way. Going through life as if it was another day just existing but he had a life as a doctor.   Until that night when Amy appears in his life, will she be what ignites the light in his heart again.  Will he save her from the parents that don’t know how to love her the way she needs to be loved?

The only difficult thing for me while reading this was the English writing. I may have had to read the sentence a couple of times just to change the wording.  However, that did nothing to the story it was still an amazing story to read.

This review was prepared by guest reviewer, Lori Perreira Peixoto.

Posted by Naughty and Nice Book Blog at 2:56 PM