At twenty-seven Erin Decker has the perfect life; a thriving career, a dream home she shares with her best friend Noelle, and a secure relationship with Robert, her handsome and faithful boyfriend. Or so she thinks.

When her visions of a marriage proposal are met with the ultimate betrayal, Erin finds herself in the arms of sexy and strong-willed distraction, Walker Prescott.

Her summer becomes life changing as she realizes Walker has left her with a tiny piece of himself and no way to find him…until he suddenly shows up and turns her world upside down.

Can she let go of her past to make way for a future she never saw coming?

Can Walker be exactly what Erin needs?

Will he give her the perfect life she so desperately craves in the most unexpected way? 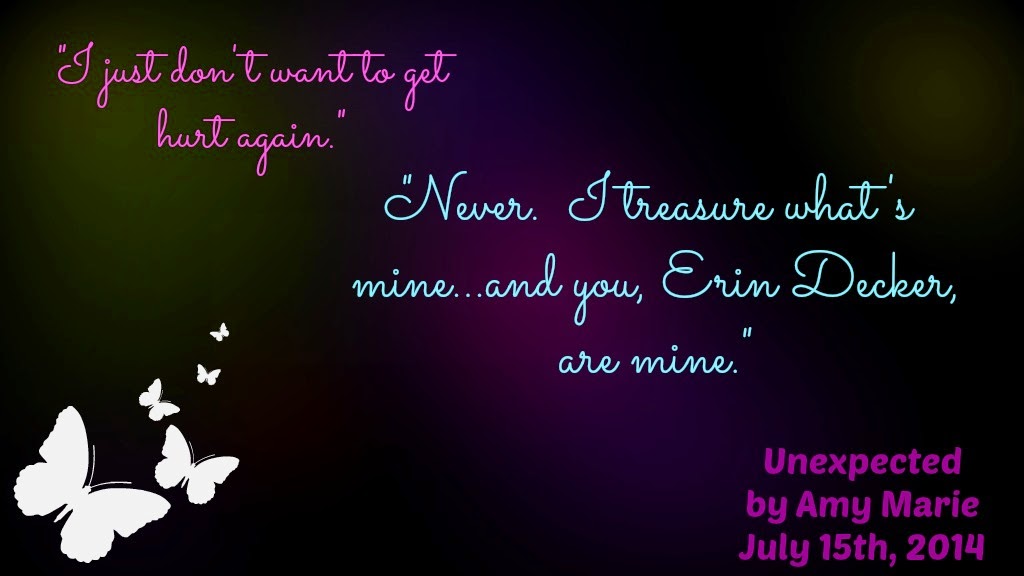 With this being her debut novel, Amy did a fantastic job. The teasers had me waiting impatiently for this book and boy do I have to say this book has lived up to the expectations that I had. She had me captivated from the very first chapter. I was hooked and wasn’t able to put the book down. With Amy’s writing, she was able to place me into the book with the characters and allow me to feel every single emotion that they were feeling. It was as if I was right there with them. I have no doubt you will love it as much it as did. I had such a hangover and was missing them so much I had reread it shortly after.
Erin Decker had her life going on the right track. She had everything she ever wanted, she just was waiting for the long awaited proposal from her longtime boyfriend Robert. She is surrounded by a lot of love; her best friend Noelle and she is very close with her family. When the one thing she least expects happen, her walls of trust go straight up around her heart. Her amazing best friend comes to her rescue and tries to get her back out in the real world again.


“I can’t be held accountable for my actions if you let me get into my room, but I promise it will be a night you won’t ever forget.” ~ Walker

Walker Prescott was living the single life just like the other male species his age. He had no plans for his distant future. Being at the right place at the right time gave him a chance meeting with Erin. It was like instant attraction between the two of them; dancing as if they were one. Erin has never acted this way before, but it’s something that will help her move on with her life.  Walker makes her feel things and it just feels right being with him. She has always been more reserved, but being with Walker she’s more outgoing, more “adventurous”. It’s as if he is secretly letting her out of her shell without her knowing.  With Robert, sex has always been boring and vanilla but with Walker, he’s very alpha in and out of the bedroom that he’s taking Erin to places she has never experienced before and boy are those are some hot places, that even I want to be involved at.

“Some for good, some for bad but all for one purpose; to send you in the direction you are supposed to go. Robert was there for his purpose and though his exit from your life wasn’t ideal, his presence was necessary. Soon you will figure out why.” ~ Erin’s Mom

Walker was supposed to only be a one-time thing, but what happens when she realizes she needs him and can’t find him? Did she make a mistake? After months of searching with no luck, he shows up in front of her.  Did fate bring them back together again? Was it truly meant to be? Will Erin be able to open up to a future with Walker with the past she has? Will Walker be the same as Robert?

“When I’m with you I feel Amazing. You make my heart beat. You make my world turn and fill my lungs with air. I live and die by you Erin.” ~ Walker

I have no doubt that you will fall in love with Walker. He is every woman’s dream. Hell I fell hard. When Erin thought he would run, he did the complete opposite and he planted himself right next to her and never left. Just the way he treats Erin and puts her needs before his. He knows all of her fears, insecurities and he pushes all of her buttons but he still made his way into her heart. He had no future prior to meeting Erin, but now, he has planned a future around her.

“It doesn’t happen that fast Walker. You need to work on love and trust before it can wrap you up for much you can’t see it straight,” ~ Noelle

“I’m proof that it does, indeed, happen that fucking fast.” ~ Walker

"I love you too, Walker. Not so much it hurt, because love shouldn’t hurt, but so much that I give myself to you. My love. My all.”~ Erin

But can it last? They don’t know each other well, or too long and their relationship is moving faster than they both expected. Is he with her because of the situation they are in or does he truly love her? What happens when Erin’s past insecurities come back? Or when a part a Walker’s past comes back? Can she fully trust Walker and give him her heart? Will she give up so easily and let him go? When faced with a tragedy, will they both be able to fight through it together or will it be a breaking point in their relationship?

I absolutely LOVED this book. I still has me hanging actually. A part of me still has Walker on my brain and I’m dying to reread it again. Amy has you on your toes the entire time while reading, with just enough drama coming your way. Walker changed his life for Erin and it kept me anticipating all the other things he would do for her. I love them as a couple that I can’t wait to see what’s in store for them to come. Erin is very family oriented and they have welcomed Walker with open arms, Amy made it a very big point to show family being a big key into this book. Her family has supported her and has not judged her no matter what situations she has put herself into, which is what family should be about. I love Noelle. She is the best friend every girl should have. I have an OCD BFF myself and she keeps me in line. Noelle is pretty much Erin’s other half, like they should have been sisters instead. Just a warning…there’s a small part in the book where is slows down a bit, but don’t let it discourage you. Keep on reading, it defiantly picks up shortly after and once you get past it, you won’t be able to put it down. The only thing I didn’t like was the way she ended the book. She wrapped up the book nicely, yes, however, the way she sets you up for the next book just leaves you with your jaw dropping. It leaves you wanting the next book like right now. So, Amy, hurry up and finish the second book pronto!

This review was done by Jenn. I was given an ARC for my honest review. 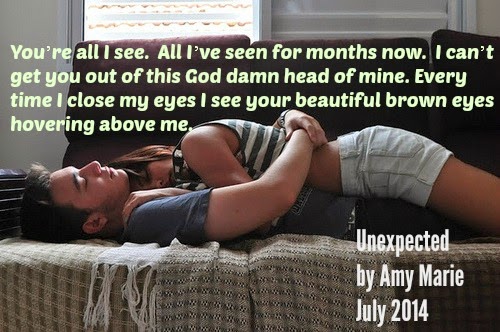 “You feeling ok, baby? Maybe remembering how I felt inside you? I can make that happen again.” His voice oozes seduction, and though the question pisses me off, the clothes he is wearing are now my focal point. It’s nothing close to the sexed up god look from that night. It’s even better.
The dark forest green polo shirt is slim on his torso, and showcasing the pecs I used for support as I rode him almost three long lonely months ago. The ironed khaki pants are tight and hiding the beast that almost split me in two. My pulse quickens at the thought. Raising my eyes up to his one dimpled smirk, and swallowing the lump in my throat, I know he has caught me. “Like what you see?”
“You are so egotistical, you know that? And didn’t you say you were seeing someone, Walker? Don’t make those kinds of comments to me and then go home to someone else,” I say in a hushed tone, finally breaking my silence.
“I don’t think she would mind, Erin. In fact, it's you that I'm seeing. You’re all I see. All I’ve seen for months now. I can’t get you out of this goddamn head of mine.” He taps the side of his temple to make his point. “Every time I close my eyes I see your beautiful brown eyes, hovering above me, using me for pleasure.” 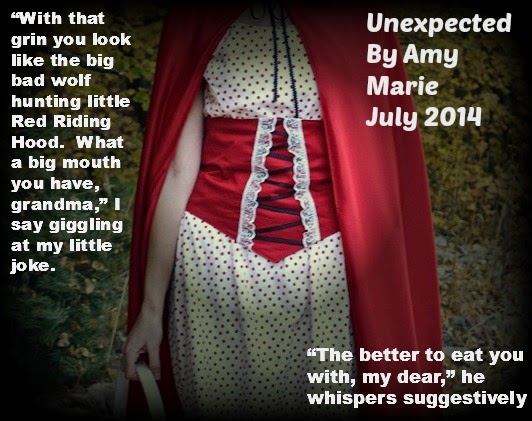 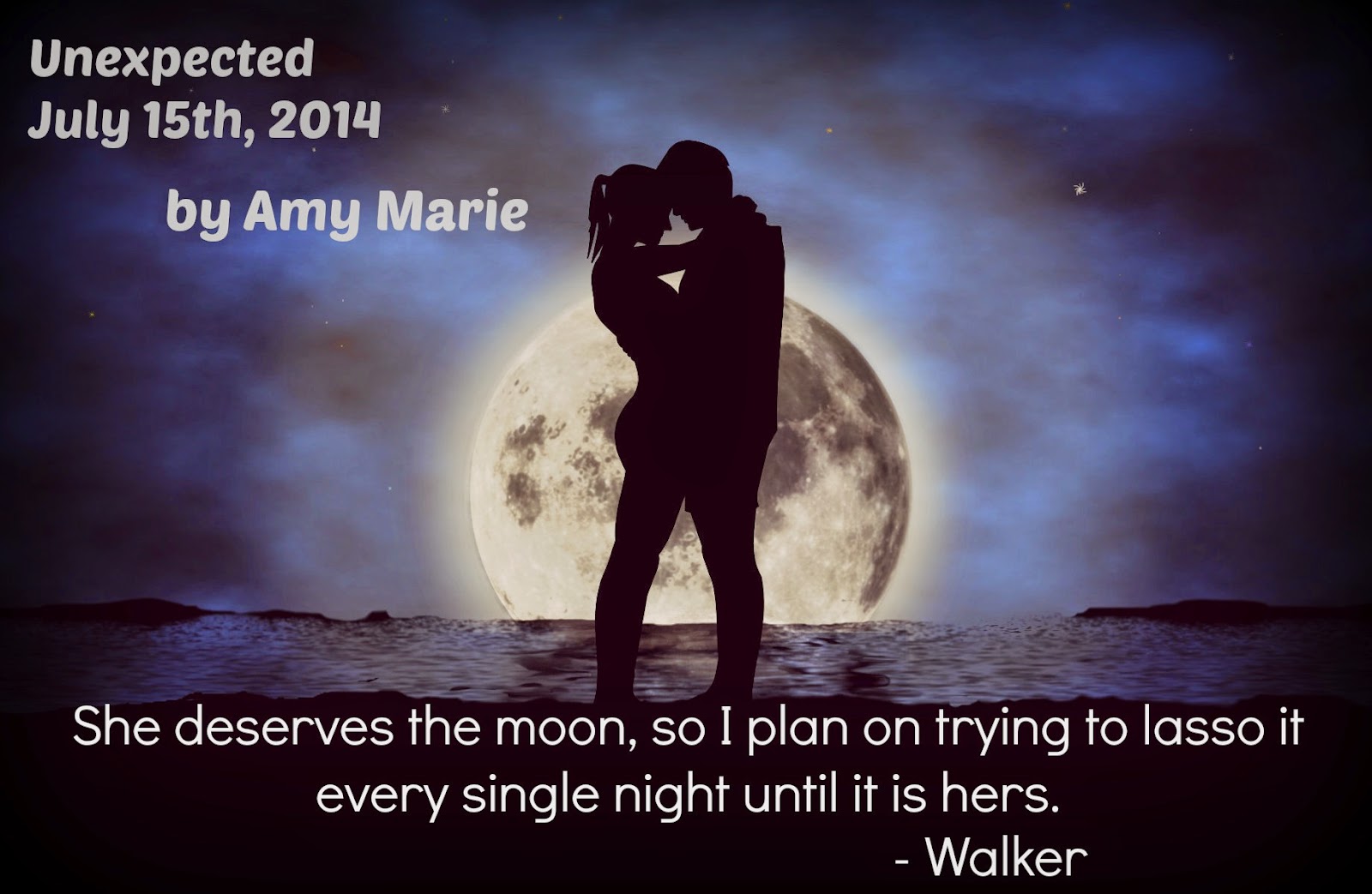 Amy Marie was born and raised in the suburbs of Chicago and now resides in Virginia Beach with her fantastically crazy husband and two kids.

As an avid reader, she never dreamed of writing her own novel until the characters started haunting her at night and in the shower.  Wanting to get it down on paper she set off on a journey that has been more than she could have ever dreamed.

When not writing, she can be found carting her kids around, breaking up their fights, cleaning up messes, teaching Zumba, or reading.

a Rafflecopter giveaway
Posted by Naughty and Nice Book Blog at 11:22 AM