BLOG TOUR ~ Only With You by Lauren Layne 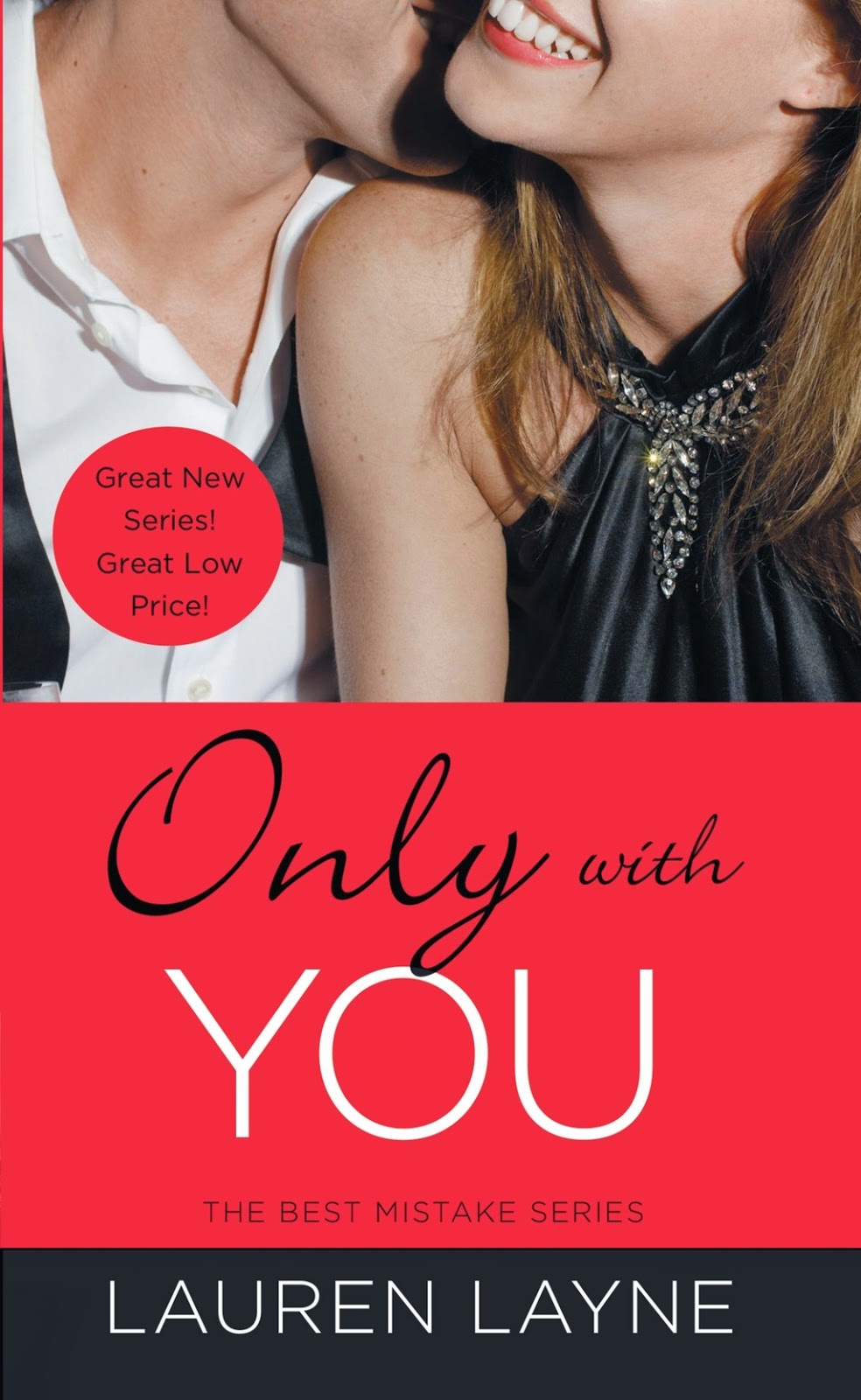 Getting mistaken for a prostitute is not part of Sophie Dalton's life plan. Not that Sophie even has a life plan. She's perfectly happy being everyone's favorite party girl. But then a Las Vegas bachelorette party goes awry, and an uptight businessman gives Sophie a new label: hooker.

Unfortunately, what happens in Vegas doesn't always stay there. When the same jerk who mistook her for a prostitute shows up as Sophie's new boss and her perfect sister's new boyfriend, Sophie's carefree existence is turned upside down. Grayson Wyatt may have infiltrated family dinners and her professional world, but Sophie's not about to let a judgmental prude anywhere near her personal life.

As Gray's icy stares give way to quiet smiles, Sophie realizes that the one man she's been so desperate to get away from just might be the one she wants to keep around forever.

“Are you sure we should do this?”she asked breathlessly.

“No. I’m never sure of anything with you.”

They stared at each other, both aware that they were on a ledge from which there was no turning back. She willed him to make the first move. Without breaking eye contact, he slid
his hand behind her neck, then his fingers tangled roughly in her hair. He pulled her close but didn’t kiss her again. He seemed to be waiting for her permission. Lost in the storm of his eyes, she felt herself leaning forward slightly, her lips parting.

He needed no further invitation. His arm slid around her lower back, pulling her toward him as his other hand tugged her face roughly down to his. If the kiss in the park today had been unexpectedly steamy, she went into this kiss fully expecting the rush. And it delivered.

The kiss was every bit as hot as the one earlier, but this one had an extra layer of emotion. Somewhere under the burning haze of sexual desire she felt the pull of something else.

This kiss wasn’t just about this moment. It held the promise of something more. Much more.

After dabbling in an e-commerce career in Seattle and Southern California, Lauren moved to New York City where she now writes full time.

Lauren graduated from Santa Clara University with B.S. in Political Science that she has yet to put to good use. She lives with her husband and plus-sized pomeranian in a tiny Manhattan studio.

ENTER THE GIVEAWAY !!!!
a Rafflecopter giveaway
Posted by Naughty and Nice Book Blog at 12:00 AM