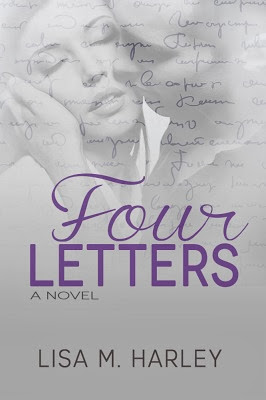 In Four Letters you’ll learn all about three couples...

Skye is a spoiled little rich girl, who has never had to do more than bat her eyelashes at her father to get whatever she wanted. When she received her degree, her plan was to open an art gallery catering to the uber rich. The last thing she needed was a man getting in her way. But, there’s just something about Sterling. He’s an alpha male that gives her what she’s always craved, the ability to let someone else take control. Could Sterling be the man Skye needs to help her relinquish control and change her spoiled ways?

When Lilly was a small child, her parents were killed in a fire. Since the loss of her parents, she’s never truly felt loved or safe. Now that Lilly’s dream of becoming a teacher has come true, she worries that her dream of finding Mr. Right might not. That all changes the day that Asher literally runs into her in the park. Could Asher be the man to make Lilly feel safe and give her the happily ever after she’s always dreamed of?

To say that Adlee had a rough childhood would be quite the understatement. When she was barely ten years old, her mother killed herself, leaving Adlee in the care of her stepfather, Paul. Paul was not a nice man. When Tanner walked into the café she was working at and witnessed the way Paul treated her, he knew he had to step in. Could Tanner be the man to prove to Adlee that she is worthy of love and help her regain her self respect?

Read Four Letters to see how all of these lives are intertwined... 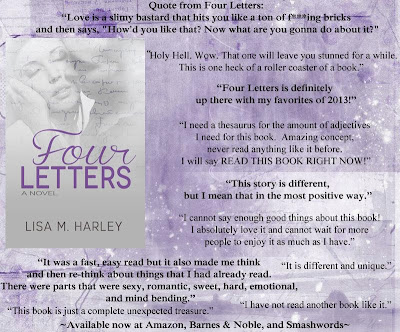 I grew up in a really small town in Missouri. Very similar to the fictional towns I write about. I moved to the big city right after I graduated. I work full-time and I am mom to a beautiful little girl.

I started writing in October 2012 when a group I am a member of had a prologue contest. I didn't win the contest, but everyone who read my prologue asked for more of my story. I decided I had to finish it and get these characters that were in my head out on paper. During the writing process it became clear that these characters had a lot to say. So I realized my story was really a series:

I am a really boring person, so this bio is super short! This is really about all there is to know about me. Sad, isn’t it. lol

I love music and honestly couldn't write without my Spotify playlist. I am kinda obsessed with frogs (not real ones) and office supplies are my downfall! I could spend my whole paycheck at the stationery store...boring, didn't I already say that? lol

Also, I am slightly addicted to Facebook and Voxer. Please message me on either one...I would love to hear from ya’ll.

a Rafflecopter giveaway
Posted by Naughty and Nice Book Blog at 6:43 AM