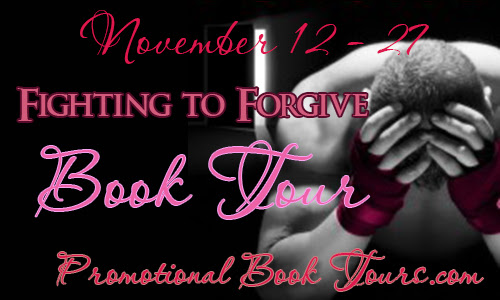 What can I tell you about this Fighting Series… It’s freaking awesome. I know you’ve all readand loved stories about hot fighters.  Who wouldn’t right? Sexy, sweaty, hot, strong men. Yes please! Well this series has those hot, alpha guys but it has so much more. What sets it apart

are the sexy, strong, smart, resilient, women who will bring them to their knees. The writing is crisp, clean and captivating. The story lines are complex, fresh and interesting. These characters are dynamic in a way that will make you feel like you’ve known them forever. Some you will want to love and protect, some you will hate, many will pique your interest, none will be forgotten. Make room in your heart because I don’t think it’s possible to love or lust just one. 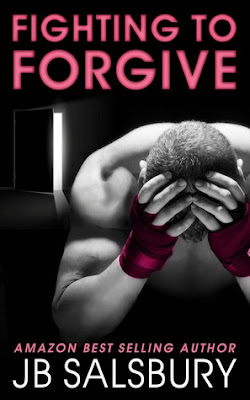 Fighting to Forgive Synopsis:
What do you do when everything you avoid, turns out to be exactly what you need?

Easy and predictable, just the way he likes it, Blake Daniels flies through life the way he burns through women: on his terms, no regrets.

With his fighting career in full swing, he's on the threshold of title contention. But when his training is compromised by injury, the stakes grow impossibly higher. The rage that fuels his punches also chips away at his focus, and he risks losing everything he cares about.

He won’t let that happen. Not again.

Layla’s through with men. After a marriage that never should’ve happened, she hopes to reclaim the pieces of the woman she lost years ago.

Emotional abuse has left her insecure and terrified. A master at faking what she’s not feeling, she masks her self-doubt in false confidence.

She’ll never let another man hurt her. Not again.

Chased by shadows of the past, Blake and Layla know what they don’t want, but their hearts have a different plan. As a web of lies and betrayal threatens to destroy them, they’re forced to make a choice.

Is love enough to heal even the deepest wounds?

Or will they be left Fighting to Forgive? 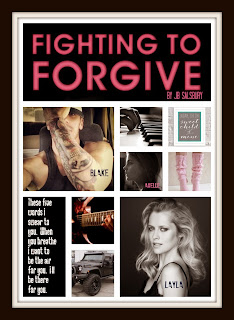 I’ll start off by saying I know professional athletes are competitive so I went into this expecting Blake to want to show up Jonah at least a little bit. Knowing Jonah is a tough act to follow JB did the right thing in choosing Blake the Snake for the job. We’ve come to know Blake by our introduction in book one as a cocky, confident, fast talking, panty melting man-whore with a unique sense of humor. And yet, in Fighting to Forgive we begin to see and understand the layers of this man. Presented with a woman that checks all of his no-no boxes Blake tries to fight his instincts to protect the weak with sheer determination. As the story unfolds we understand why he has preconceived notions about women. It’s a sweet symphony to witness his realization that his notions do not apply to all women.


Enter Layla a single mom looking to start over on her own terms.  She’s taking control of her life by leaving a loveless marriage behind her.  Or so she thought… Stewart doesn’t want to be left behind and he certainly doesn’t want to give up control. But why you ask? Well that little mystery can only be solved by reading this epic story. It is filled with twists and turns, action and angst. Blake and Layla are bonded by their struggles. Fighting their magnetic attraction, escaping a fate neither can accept and finally learning to forgive may lead them all to exactly where they are meant to be. Axelle is both wise beyond her years and vulnerable as an innocent 16-year-old girl.  She has her wits about her when it matters most and we see that her instincts are sharp.  Despite or because of her past she is able to spot a loyal, protective, trusting guy when she sees him. Her taste in men matched mine. I loved, loved, loved The Killer <3


The chemistry between Blake and Layla is smoking right from their first meeting.  The push and pull of their desires, the tests of their wills and of course the melting of their souls. From the moments when Layla whispers ~Snake~ and then when he can’t quiet his thoughts to anything other than ~ Don’t let her go~ I knew it was on. They had stepped inside the octagon and were fighting for a future neither would have predicted. Be prepared your heart will break. Things will be revealed that will have you question humanity. JB does an amazing job of intertwining the back-story with the current events and opening up different sides of these broken lovers. I felt the care, concern and need to protect in each and every interaction. Their story was heart breaking and beautiful. It left me in a place surrounded by warm healing feelings. Fighting to Flight is a must read but sorry Jonah, for now Blake is just a step above for me.  I heart Blake, Layla and Axelle HARD. Fighting to Forgive was a 5 plus star read for me. And just when you think it can’t get any hotter or any better remember the promise of more to come. I cannot wait to read what’s in store for Rex in Fighting to Forget. 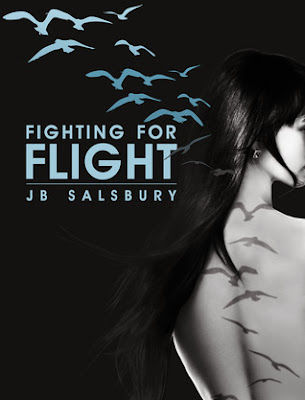 
What happens when in order to win, you’re forced to lose?
The only daughter of an infamous Las Vegas pimp, Raven Morretti grew up an outsider. Liberated from the neglectful home of her prostitute mother, she finds solace as a mechanic. With few friends, she’s content with the simple life. Flying under the radar is all she knows and more than she expects.  Until she catches the eye of local celebrity, UFL playboy, Jonah Slade.

Weeks away from his title fight, Jonah is determined to stay focused on everything he’s trained so hard to achieve. Undefeated in the octagon, he’s at the height of his career. But resisting Raven’s effortless allure and uncomplicated nature is a fight he can’t win.  Jonah trades in his bad-boy reputation and puts his heart on the line. But when her father contacts her, setting in motion the ugly truth of her destiny, Jonah must choose. In a high-stakes gamble where love and freedom hang in the balance, a war is waged where the price of losing is a fate worse than death.

Will the hotheaded Jonah be able to restrain his inner fighter to save the woman he loves?

Or will Raven be forced into a life she’s been desperate to avoid? 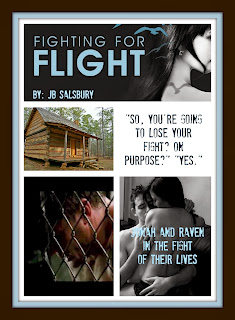 Jonah is without a doubt click worthy on his own however stand back because Raven’s story will compel your heart to sink to depths deeper than the ocean.  The two of them together keep the pages turning and your mind reeling. The author’s descriptive words command you to feel the electricity, the pain and the love between these characters. Jonah will take you down.  You will be captivated by his allure just like Raven and I were.  When you’re in his head and he thinks ~ because this is different ~ you know, you believe, you don’t even have to hear the words out loud, there is no question that he’s been leveled and the odds of turning back are slim to none.

At first glance so much about Raven is a contradiction. Lace and satin under coveralls, the daughter of a hooker and a powerful pimp it all builds you a picture that is unsettling.  It doesn’t quite fit until Jonah wraps her in his arms, pierces her with a look and you know she feels safe and comfortable. That she will thrive. That she is the one. My heart broke for Melina when she thought and couldn’t voice the words ~ It’s okay, mommy’s here. ~ I had her tucked safely in the back of mind throughout the story praying that her ship would right it self. It appears that although not similar in all ways mother and daughter do share a strength that shines in the presence of true love. I loathed Dominick right from the words ~“Well done, darling. She’s perfect.~  He will haunt your dreams. The cast of characters you will meet are thick as thieves and have their eyes set on the prize. I loved it from beginning to end. It was hot, sexy and there is nothing better than seeing a bad boy fall. Do not miss out on Raven and Jonah’s story. It is a must read 5 STAR KNOCKOUT. 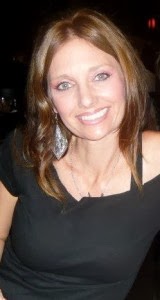 Bestselling author JB Salsbury lives in Phoenix, Arizona with her husband and two kids. She spends the majority of her day as a domestic engineer. But while she works through her daily chores, a world of battling alphas, budding romance, and impossible obstacles claws away at her subconscious, begging to be released to the page.
Her love of good storytelling led her to earn a degree in Media Communications. With her journalistic background, writing has always been at the forefront, and her love of romance prompted her to sink her free time into novel writing.
Fighting for Flight is her first novel in the MMA romance series.