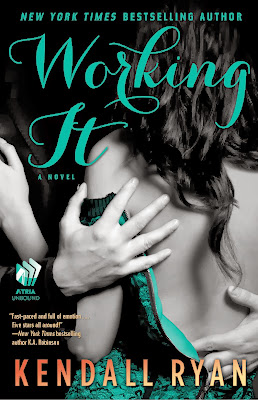 SYNOPSIS:
A story of heart-stopping, toe-curling passion by the beloved bestselling author of Hard to Love, Resisting Her, and The Impact of You.

Straight-laced and well-mannered southerner Emmy Clarke is out of her depth in New York City’s fashion world, but when she lands a job as an assistant at a modeling agency it seems like the perfect mix of business and pleasure. Working under the notoriously tyrannical Fiona Stone is a nightmare, but there’s one distinct perk: ogling the ridiculously hot male models who parade through the office—particularly rising star Ben Shaw.

Ben is everything Emmy’s not: exquisitely gorgeous, highly paid, and well-traveled. He’s also got more issues than Vogue. Emmy looks after Ben on photo shoots, but she refuses to become another one of his lusting groupies. Ben finds Emmy’s refreshingly real attitude to be surprisingly attractive.

Against a backdrop of the most fashionable cities in the world, casual flirting turns into an illicit affair, but when Ben’s twisted past is revealed, and the bitter Fiona catches wind of their relationship, their careers and hearts are threatened.

I wanted to love this story I really did. It was well written and the research was obvious. Kendall wrote the model and model world well. I could envision it and submerse myself there by the information she gave. What really worked for me in this book was the hot sex. Yep straight out of the gate it’s not hard to tell that Ben Shaw is a man that was made to bring pleasure. He’s a model and a very attentive lover. My reaction wasn’t quite as bad as Emmy’s… I looked like an overexcited puppy that had pissed itself in front of one of the world’s top models. Pull it together, Emmy. I wasn’t that bad but it was close. There might have been a Ben-Shaw-induced fever involved. As I’m reading about them meeting and they are talking about themselves about a MILLION red flags go up. When a guy says I don’t really date but wants you in bed that’s straightforward to me. Then a woman says I don’t do casual sex again straightforward to me. So how they saw each other as compatible never revealed itself it me as a reader. I liked Ben and his stance on life and his place in the world worked for me. I felt for him even as some of the things he said made me want to knee him hard. When he was vulnerable and openly talking about everyone wanting something from him I could see the toll it took. How everything up until this point had shaped the way he was as a person. The texts back and forth were playful and fitting the characters. Even Fiona worked for me. She was quite the manipulative bitch but she wore it well. The dialogue was funny and drew me in easily. I was lapping up Braydon Kincaid and I have to say that I am excited for his story.

What didn’t work for me was Emmy Clarke. I wanted to love her. We got off on the right foot and I thought she could go the distance but her flip-flop struggles between her brain and her body became too much for me. She seemed to only be feeling Ben when they were in bed and that seemed to go against where their story was supposed to head. I didn’t feel their connection out of bed at all. In some cases the hot sex detracted from meaningful exchanges. So between that and a fairly predictable storyline I was hard pressed to fall in love. The prologue laid too much out in the open. I wasn’t waiting for the other shoe to drop because it already had so to me that meant the emphasis was on the journey that brought them to that point. It was a hot journey that lacked connection with any real feelings outside of sex. It had a ton of potential. I’d still recommend it although if you’re like me and don’t like predictable then skip the prologue. Will I read the next one? Yes for sure.


This review was prepared by CA Borgford. 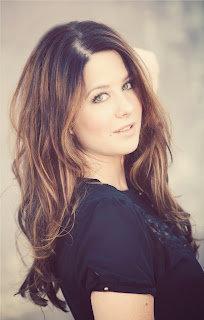 Kendall Ryan is the New York Times and USA Today bestselling author of the contemporary romance novels HARD TO LOVE, UNRAVEL ME, MAKE ME YOURS, RESISTING HER and THE IMPACT OF YOU.  She's a sassy, yet polite Midwestern gal with a deep love of books, and a slight addiction to lipgloss.
Visit her at: www.kendallryanbooks.com for the latest books news.


Rafflecopter giveaway
Posted by Naughty and Nice Book Blog at 8:00 AM