FIGHT or FLIGHT by JAMIE CANOSA

Be smart.
Keep your head down.
And look out for number one.

These are the rules Jay has lived by for the past two years. The rules of surviving life on the streets. But when Em comes bursting into his life, in all of her disastrous glory, the rules go right out the window.

Survive.
Flee what’s been left behind.
And never look back.

Emerson’s plan was simple. Though, it was easier said than done. The city streets are dangerous and unforgiving to a new arrival. Especially, a seventeen-year-old girl who’s never known anything but life in the suburbs. Sometimes, however, what’s lurking behind those white picket fences can be more frightening than any dark alley.


Both of them made the same decision when life got overwhelming—to run from their demons. Brought together by fate or circumstance, Em and Jay find the kind of love neither of them ever expected. But, when those demons come back to haunt them and their love is on the line, which instincts will they choose to follow this time . . . Fight or Flight? 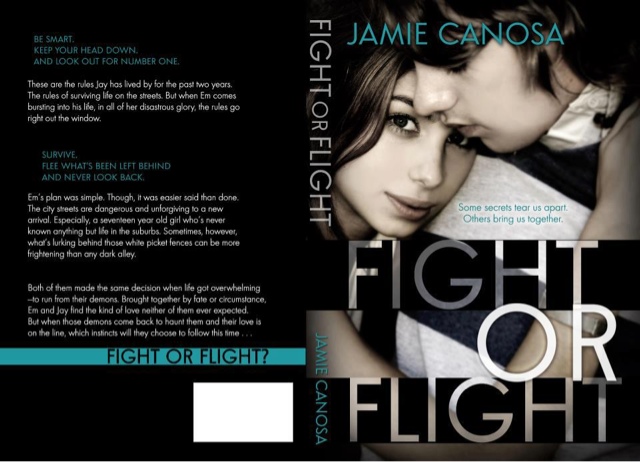 Posted by Naughty and Nice Book Blog at 8:47 PM