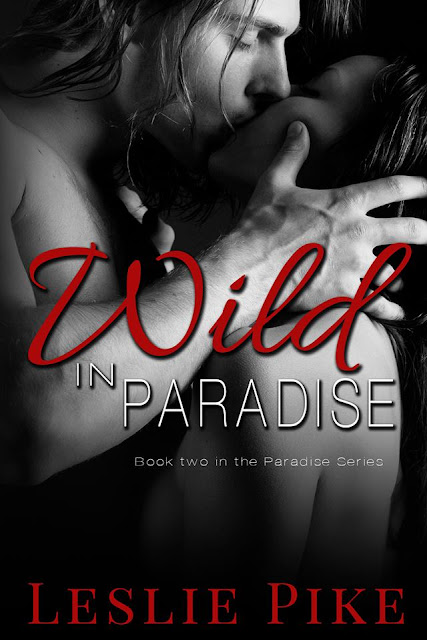 A movie set is a great place to test one’s endurance for temptations.  They’re all there for the taking. A person can get away with their indulgences. For Finn Kennedy, Father Paul Cruz and Esme Scott, things are about to get very tempting.

Finn Kennedy is flying high, after his hit comeback film. He’s slayed his personal dragons, and with his Irish good looks and penchant for play, he’s catnip to women. For Finn, there’s no reason to settle on one, when there are so many to be sampled.
Father Paul Cruz is burned out from his years as the Catholic chaplain at San Quentin. He’s been a priest for all of his adult life, and he’s questioning that choice. Father Paul has never enjoyed the less cerebral pleasures of life. A sabbatical is what he needs. When best friend Finn is cast in a film about a Jesuit priest, he gets Father Paul hired on as a consultant. His world is about to be rocked.

Esme Scott’s a young woman running from an abusive husband. She’s on her own for the first time, and trying to make her way. When she gets a job as the Wardrobe assistant on the film, she discovers just what she’s been missing, personally, professionally and sexually. And she finds out just how much it takes, to correct past mistakes.

Beautiful Park City, Utah is the setting for Wild In Paradise, the second book in the Paradise Series. 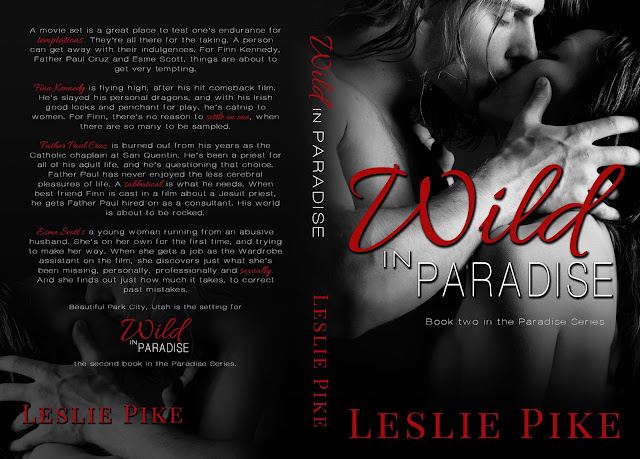 They say luck is a lady. I think they’re right. Women have given me second chances before, chances I didn’t deserve. Lady Luck was no different. She resurrected this Irish soul from the ashes of my bad de- cisions. This limousine that I’m comfortably cocooned in confirms it’s so.

A decade ago my pass at fame had slipped through my fingers. I had a minor role in one hit movie, which by some miracle became a cult classic. I had ten lines at most, but people connected with me. I was the fireman who rescued the ingénue. My one close-up and the line, “Give me your hand, darlin’ and I’ll take it from there,” was remembered. Then it all went bad.

I’d had a brief ride on the carousel and reached for the brass ring, only to feel the metal brush my fingertips as I moved by in a haze of tequila and cocaine. Noticed by few, then quickly forgotten, I had become a footnote in Hollywood’s history book and a fading image on a few reels of celluloid.

What a fool I’d been. I became a regular in the “Whatever Happened To?” articles, where they would compare my looks in before and after photos. The com- parison was not good. I not only lost my career and my dignity, but I lost my wife. Bliss finally got tired of liv- ing with a husband who was frequently too stoned or hammered to know whose bed he was in. Any attempt at trying to get me to stop drinking and using was met with contempt. I didn’t deserve Bliss. After a time, she came to agree with me completely.

The day she walked out I felt a pivot. The seat of my reason nudging at me, like a finger poking me in the chest. I kept using and drinking myself stupid for a few months, but it was never as satisfying. I kept chasing the high, but I couldn’t catch the same intoxication. I became aware of the lesser man I had become. Conscience is the most effective buzz kill.

Then I began tallying up the costs of my addictions. You can’t ignore your own thoughts. I couldn’t, anyway. My better self was disgusted and let me know on a regu- lar basis. Every day I’d wish that asshole would shut the fuck up. But he was unforgiving. And in the end, I saw the truth. As good as drunk is, it always ends in thirst.

Now, by life’s artfully twisted itinerary, Bliss and I find ourselves friends. She in love and engaged to Steven French, a man I’ve come to respect, and me six years so- ber and enjoying another go around on the carousel. And rightfully, satisfyingly single. Life can be such a grand unpredictable bitch. So tonight this limousine is more than a ride. It’s a magic carpet, carrying me back to a place I’ve missed, a place I belong. I got another chance. This time I’m not going to piss away the opportunity.

I pull out my cell to check my messages. Seventeen missed calls and six texts. Ironic, to think a few years back I’d go days without a call. The only name that con- sistently popped up was my coke dealer, Grandma, as listed on my phone. If someone had read my recent calls back then, they’d have thought I was the best bloody grandson in the world. I scan the list of names. Carl is the only one I’m looking for. I always return my dad’s calls, no matter the hour. He’s alone, but not interested in leaving his Bay Area home of forty years, to come live with me. Moving to Los Angeles is not an option as far as he’s concerned. We’ve had that conversation many times. 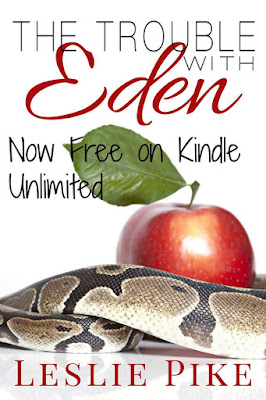 BLISS NOVAK has a great life. She's happy, beautiful and financially secure. What more could she want?


Fortune has smiled on STEVEN FRENCH too. Handsome, talented and sexy, the stuntman has it all. At least that's what he believes until he meets Bliss.

When a movie production comes to Pacific Grove, these two are drawn together in a passionate romance. Their love creates their personal Garden of Eden.

But there's only one thing wrong with the Garden of Eden....there's always a snake.

“Baby, what’s that you’ve got there for me?” BB asks. Her expression shows surprise.

“A Jacobs Ladder. Ever seen one?” he asks.
“No.”
“Let me show you.”
Finn takes his hands and slowly drops his pants to

reveal the first three rings piercing each side of his cock. BB takes her hand away to get a clear view.

“Damn, man. How am I going to keep playing cards, now that I know what’s waiting?” Her throaty laughter ups the heat that’s already sizzling.

“No more cards. I want to fuck you, and you’re not going to stop me,” says Finn. He looks down at his cock. “Here’s your full house.”

He keeps dropping his pants, an inch every five sec- onds or so. He’s teasing BB, building her arousal. I’ve got to admit it’s impressive. Thick and long. Just the fact he had the balls to pierce his dick says a lot. Now he’s com- pletely exposed.

“These are for your pleasure, darlin’. Each little ring rubbing against your lips, then inside your pussy. Give me your hand.”

He takes her hand and wraps it around his hard cock. I can see the desire on her face. Her mouth opens, just a bit. He starts pumping in her hand, as if she’s jacking him off.

“See how that feels on your hand? Now just imagine it inside you.”

As BB stays focused on Finn’s cock, I see him signal me to get up and join them. Oh boy. Here we go. Might as well, because my cock is waiting to be freed. I need a little liquid courage. I grab the tequila bottle, take a swig, and bring the bottle with me. I come up close behind BB, my cock pressed hard against her ass. I trickle the te- quila over her shoulders and down the front of her thin T-shirt. Finn catches some in his mouth as he licks her. As soon as the liquid and Finn’s tongue hits her nipples, they become erect. They stick out a good inch from her small breasts. She stops playing with Finn, for just a mo- ment, and looks over her shoulder to me. “Suck them,” she says barely above a whisper.

When Finn hears this, he quickly takes her hand from his cock, then turns her around so she’s facing me. His hands expertly move around her waist and down the front of her shorts. She jumps a bit.

“No panties? And smooth as a virgin. Aren’t youthe bad girl,” he says. It’s not a question, but a statement of fact.

He unbuttons and unzips her shorts. He kneels behind her and roughly pulls the shorts to the ground. I lift the shirt above her head, and now she stands naked before us. I’m not sure where to start, because I’m stunned by my new definition of beauty. Female. The word takes on a new meaning.

She puts a hand behind my head and brings her mouth to my ear. Her warm breath creates a chill down my spine, with a quick stop at my balls.

“I need to feel your tongue on my nipples. Please,” she says.

There’s no possible way my cock could be any harder. I bring my mouth to her breasts and suck on her tequi- la-splashed breasts. Her nipples are rock hard. My other hand goes between her legs. It’s an unbelievably natu- ral motion. No teacher needed. It’s innate. She’s smooth shaven and her pussy lips are incredibly soft. I use my finger to part her and lift my middle finger inside. It’s warm and moist, and I can feel her muscles squeeze my finger in response. Oh Jesus, I have no idea where Finn is or what he’s doing back there. I only know I’ve found my new favorite thing. And I haven’t even fucked her yet. BB’s moaning now, and that only makes me hotter.

“Let’s move to the floor,” Finn says.
We move to the green comforter. BB kneels down. “Come here, Finn. Let a girl taste what she has coming.”

He stands before her. She takes his pants down and off. And now his cock is close enough to her face to lick. There are six piercings on each side, on the underside from base to tip. She starts licking and sucking. Finn steadies himself with one hand on the fireplace mantel. Meanwhile, I realize I’m the only one still dressed. So I do what must be done. I take off my shirt and pants, and come up behind her. I straddle her kneeling legs. I want to surprise her. Standing, my cock reaches the top of the back of her head. I tap it against her. Surprise.

She slowly pulls her mouth from Finn’s dick. You know in a horror movie when the young girl senses the monster’s standing behind her? That’s what this mo- ment reminds me of. She freezes. She remains facing him though. She reaches over and behind her head, and with both hands finds my cock.

Finn’s getting close, I know, but he knows this is a big moment for me. So he pulls back and makes a sug- gestion to BB.

“Let me get you wet, darlin’. Then you can take on the “sledge hammer”.

BB isn’t protesting. She looks a little apprehensive, but at the same time excited. Finn proceeds to direct our little scene.

“Paul, get on your back. BB’s going to suck that thing. Don’t choke her.” 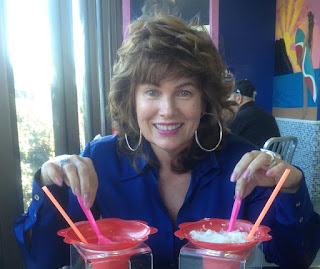 Leslie Pike lives in Laguna Niguel, California, with her husband Don, and Pom-Poo Mr. Big. Before writing her novel, Leslie worked as a screenwriter on episodic television. She has traveled the world with her Stuntman/Stunt Coordinator/Director husband, on movie sets from Africa to Israel, from New York to Los Angeles. Some of her favorite things include calligraphy, long walks with her friends, and enjoying delicious food that other people have cooked!

The Trouble With Eden is Leslie's debut novel.

a Rafflecopter giveaway
Posted by Naughty and Nice Book Blog at 10:48 AM