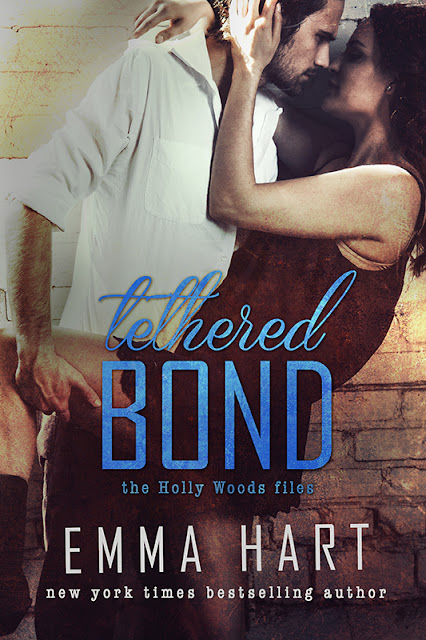 Now, if someone could tell his ex that... I don’t care if the summer fayre is coming to Holly Woods and she’s on the planning committee. What I do care about is sugar-filled food, bright lights, late nights… and danger. The type that won’t come in the form of Nonna’s new cantankerous British parrot, Gio. (Please see the damage done to Mom’s new curtains.)
Unfortunately, when the danger comes, it comes in the form of something Holly Woods has never seen. The town is rocked to its core, and once again, I’m in danger. Only this time, it isn’t because of my clients—this time, I’m in danger because of who I am… Because of my heritage.

And despite the HWPD’s best efforts, the bodies keep on piling up.

It’ll be a miracle if any of us make it out of this with guns unfired, cupcakes still frosted, and hearts intact…


Noelle and Drake have stolen my heart once again this time. Book three was my favorite so far. While the HWPD has a serial killer on the loose, Noelle Bond was again hired by the Mayor to help with the case. The bickering between her and Drake literally had me laughing out loud through the entire book. I love Noelles personality. She's fiesty, hilarious, and so independent. The independent part drives Drake crazy until he finally finds out why, then he understands a little better. The case they are trying to solve is brutal. There are so many twist and turns and suspects and back and fourths, young girls being brutally murdered. Noelle is determined to solve this one yet again.  She is two for two after all... She's stressed, but nothing a cupcake can't handle..

Does she solve this case too? Read to find out! I highly recommend this whole series. It's the first I've read by Emma Hart and I'm seriously addicted now! So well written too! Five stars from me! 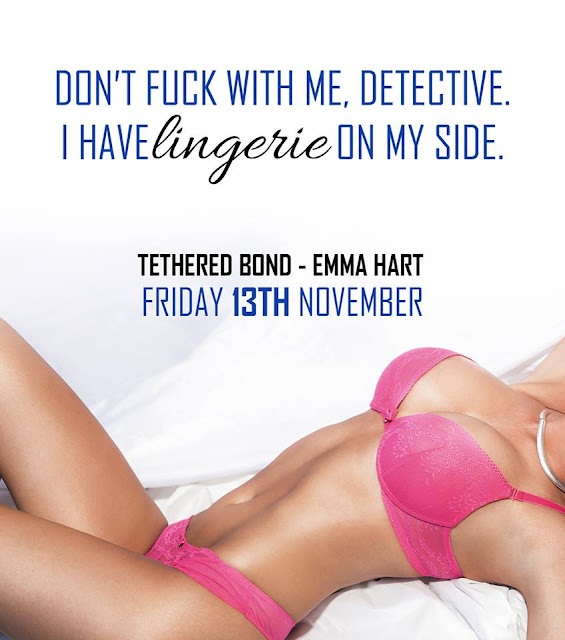 EXCERPT:
It’s better for my sanity if I get this conversation with Nonna over and done with.
Oh my fuck. I have to meet the parrot, too. Holy fuckballs. What if the colorful rat sides with her?
Oh, who am I kidding? Of course it’s gonna side with Nonna.
Shit. Clearly, I can be swayed by the desperation of my future sister-in-law. I’ve really gotta get a handle on that crap. This should be Devin having this conversation, not me.
That thought hits right as I pull up behind Mom’s car on the drive. I take a deep breath, apprehension coiling in my lower stomach, and get out of my car. This feeling always hits whenever I get to my parents’ place, but today, it’s particularly strong. I know that Nonna will play the innocent card and make everything a lot harder.
I walk across the front yard, and a loud squawk rings in my ears. My heart stops for a brief second, and I bite my tongue. That thing is loud. How are Mom and Dad coping with that?
I knock on the front door twice before I push it open.
“Ye cruel wench! Ye vile wench! Cazzo! Cazzo!”
Nice to meet you, too, Gio.
“Hello,” I call hesitantly, closing the door behind me.
“Aye! Ye bloody wench!”
“Oh, shut up, you little shit!” Mom yells.
I walk into the front room in time to see her cover the offending bird’s cage with a bedsheet.
“Wench! Wench!” Gio squawks from beneath the black sheet.
Mom smacks the cage. “I’ll wench your beak real soon!”
Oy vey. Things have sure gotten violent in the Bond family home.
Nonna shuffles into the front room and, upon seeing Gio covered, gasps. “Kellie, you-a let-a him go-a!”
Mom snorts. “Believe me, Liliana. If I could imprison the little shit, I would! My curtains are ruined!”
I glance at the window. There’s a giant rip in one of the drapes. The ones she bought two weeks ago.
Nonna gasps and rushes across the room, her cane nothing more than a steadying tool. “Gio!” she exhales, whipping the sheet off. “You-a okay?”
The concern on her face is comical. Oh, Nonna.
“Vile wench! Vile wench!” Gio shrills, violently flapping his bright-green wings. “Kellie, ye vile wench!”
I squint. Doesn’t seem like Gio’s conversational skills are up to much unless he’s going to hop on the Black Pearl.
“Hello?” I try again, stepping fully into the front room.
Nonna is leaning forward, cooing at the parrot, and ignores me. Mom turns, her nostrils flaring.
She’s mad.
“Nonna, do you know you can hear that thing halfway down the street?” I inquire.
“He is-a no thing,” Nonna murmurs. “He is-a Gio!”
Yeah, whatever.
Gio’s wings flap again, and Nonna stands. Two beady, black eyes focus on me, and it’s surprisingly uncomfortable. A high-pitched noise that sounds awfully like a whistle emits from the cage, and I blink harshly.
“Did he just—”
Gio interrupts me with a loud, unmistakable wolf whistle.
Holy shit. The parrot just wolf-whistled at me. 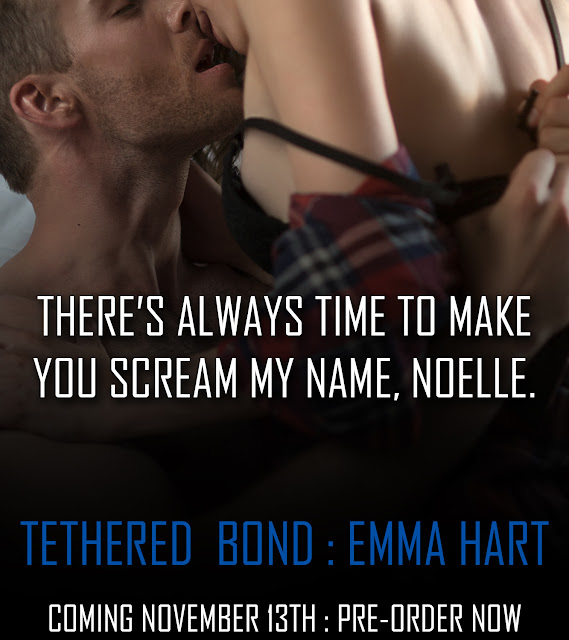 By day, New York Times and USA Today bestselling New Adult author Emma Hart dons a cape and calls herself Super Mum to two beautiful little monsters. By night, she drops the cape, pours a glass of whatever she fancies - usually wine - and writes books.

Emma is working on Top Secret projects she will share with her followers and fans at every available opportunity. Naturally, all Top Secret projects involve a dashingly hot guy who likes to forget to wear a shirt, a sprinkling (or several) of hold-onto-your-panties hot scenes, and a whole lotta love.

She likes to be busy - unless busy involves doing the dishes, but that seems to be when all the ideas come to life.

I’m an Italian-Texan woman in a family full of cops. I’m passionate and shoot before I think. You only f*ck with me if you’re stupid.

Photograph cheating spouses. Hand over the evidence. Cash my check.
That was my plan when I returned home to Holly Woods, Texas, and became a private investigator.
Finding the dead body in my dumpster? Yeah… Given the choice, I think I would have opted out of that little discovery, especially since all three of my brothers are cops. And my Italian grandmother is sure the reason I’m single is because of my job.
Of course, my connection to the victim is entirely coincidental. Until I’m hired by her husband to investigate her murder and shoved bang-smack into the path of Detective Drake Nash.
My nemesis, a persistent pain in my ass, and one hell of a sexy son of a bitch.
Shame he still holds a grudge from that time I shot him in the foot twelve years ago, or we could have something. In another life.
So now all I have to do is avoid my nonna’s blind dates, try not to blackmail my brothers into giving me confidential police files, and absolutely do not point my gun at Drake Nash. Or kiss him. Or jump his bones.
All while I hunt down the killer.
Sounds totally simple—until a second body proves that sometimes things that start as coincidences don’t always end up that way…

(Twisted Bond is book one of the Holly Woods Files series and while it does not end in a cliffhanger, it is not a standalone.)

One date with the sexier-than-sin Detective Drake Nash. Simple.

Until you take into account that my brother finally proposed to his girlfriend, so Nonna is on a warpath—and the crazy old bat has Cupid by the balls.

The upcoming mayoral elections has everyone running on full speed, and while I couldn’t give any less craps about the corrupt Holly Woods mayor’s office, a dead body in the middle of a campaign speech has me thrown right into the middle of it. The victim is close to the mayor, but all he cares about is minimizing the damage to his campaign, so he hires me to work alongside Drake to close the case as quickly as possible.

Bad news for our tentative relationship.

We disagree far more than we agree, but being at loggerheads won’t get this murder solved… Or deal with the arrival of someone from his past.

The mysteries behind the murder aren’t the only things unraveling, and despite being knee-deep in lies and corruption and bonds so tangled they’re almost indecipherable, I have to figure out if I’m willing to fight for Drake the way I do justice…

Or if he’ll be my one who gets away.